One man shot, another hurt in drive-by shooting in Portsmouth

Police tweeted a video showing people shooting from an SUV on Swanson Parkway in Swanson Homes. 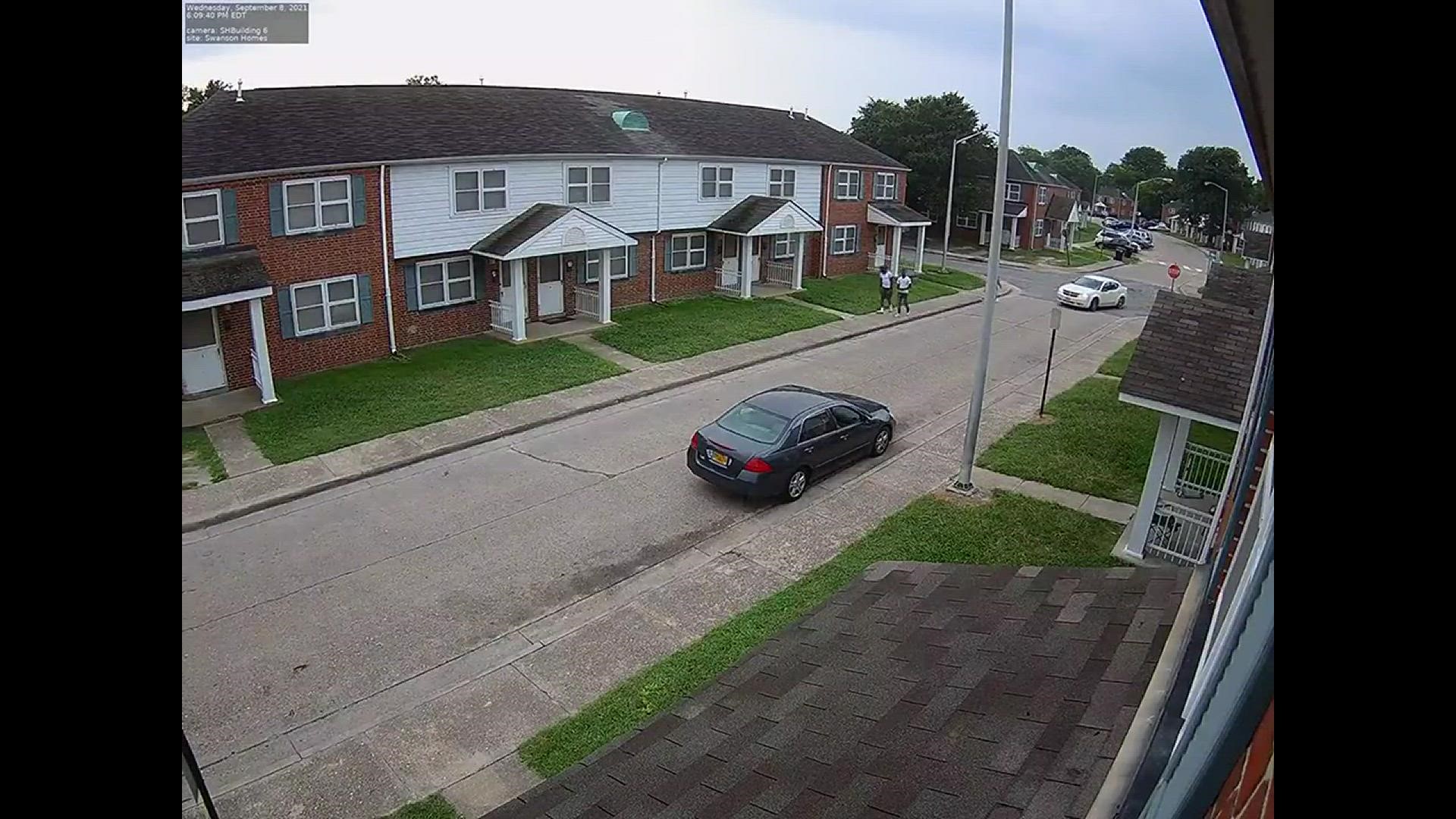 PORTSMOUTH, Va. — Police asked for the public's help in locating the people who started shooting at two men from an SUV Wednesday evening.

The Portsmouth Police Department said officers received a call about a person who was shot around 6:10 p.m. on Swanson Parkway in Swanson Homes.

Police tweeted a video that shows two men walking along the sidewalk when people in an SUV began firing at them. The SUV sped away from the scene.

Officers said only one of the men was hit by the gunfire. They expected him to recover. The other man had minor injuries and was taken to the hospital for treatment.

Do you recognize the SUV in this video? Around 6:11 p.m. yesterday officers responded to Swanson Parkway for a gunshot wound incident. If you have any information please call our detectives at 757-393-8536 or call the Crime Line at 1-888-LOCK-U-UP, or use the P3 Tips ap. pic.twitter.com/63ubc7dRDI

Witnesses told police that at least three people were in the black SUV that was involved. Although officers located the SUV, they still were looking for the people who were inside it at the time of the drive-by shooting.

Anyone who knows anything about the shooting or recognizes the SUV in the video is urged to call Portsmouth detectives at 757-393-8536 or the Crime Line at 1-888-LOCK-U-UP.