The adult male victim was expected to recover. Officers arrested Kashaun Ricks, of Suffolk, after detaining him for questioning related to the shooting. 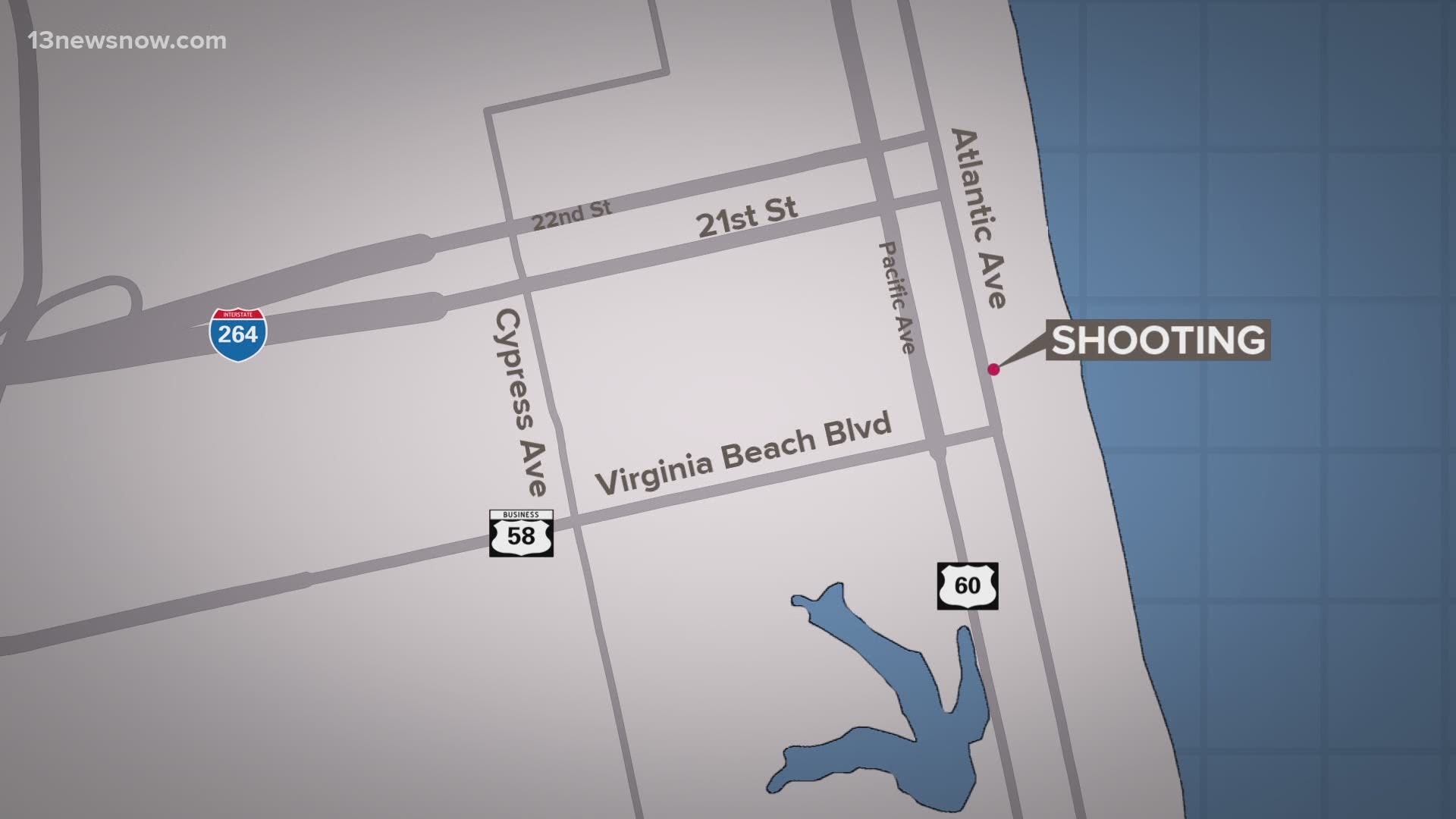 A release from the department said officers had been patrolling in the area when they heard gunfire in the 200 block of 18th Street.

At the scene, responders found an adult man who had been shot "multiple times," according to the release.

He was treated and sent to a local hospital. In a tweet, police said the man was expected to survive.

Around 2 p.m., Virginia Beach Police said a man that had initially been detained for questioning related to the case had been arrested and charged.

Twenty-six-year-old Kashaun Ricks, of Suffolk, faces charges of felonious assault, use of a firearm in commission of a felony and possession of a firearm by a convicted felon.

This is a developing investigation. To share a tip, call the crime line at 1.888.Lock.U.Up.

RELATED: Person hurt in shooting near Ocean Side Court in Virginia Beach