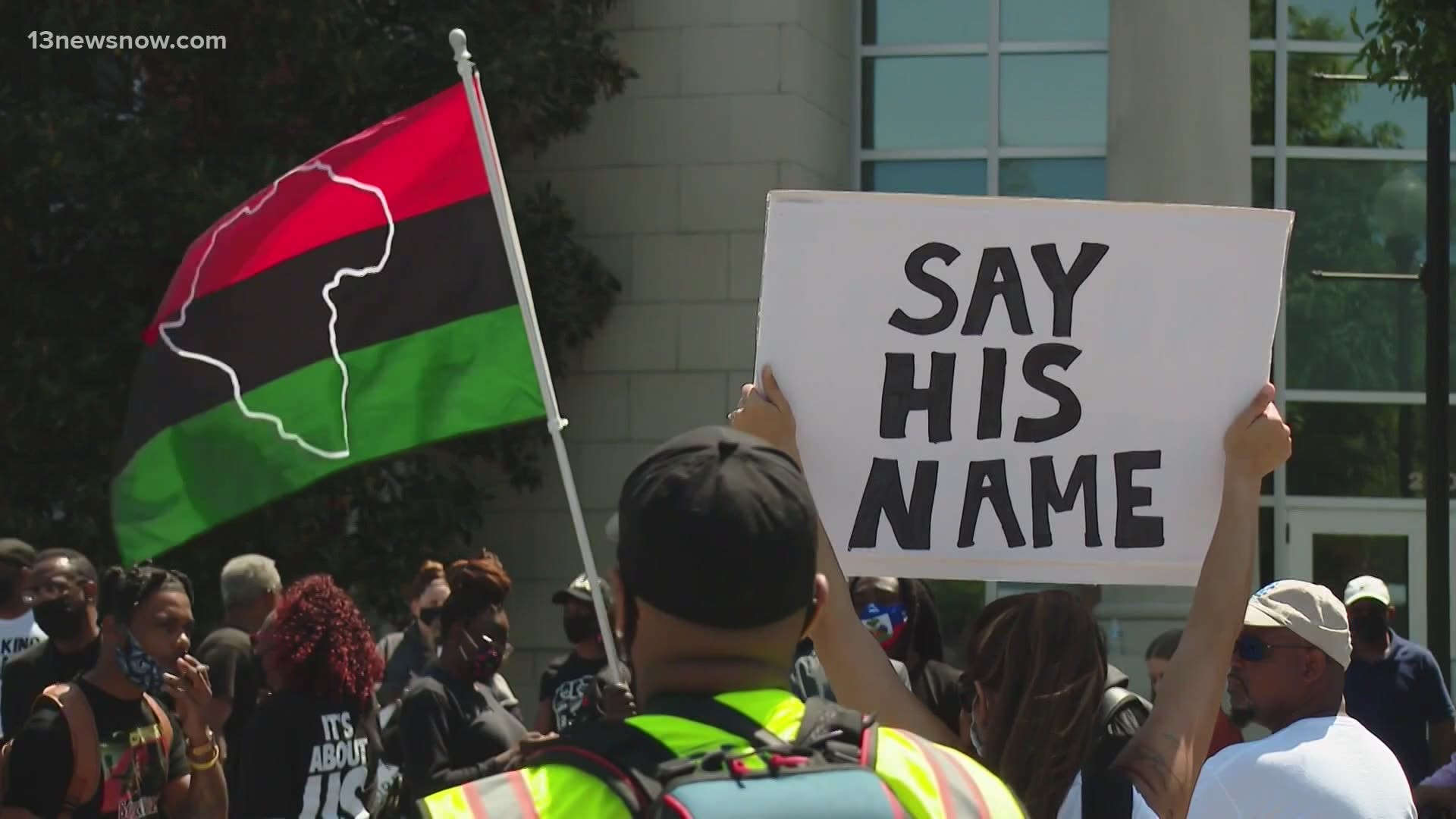 ELIZABETH CITY, N.C. — Pasquotank Sheriff Tommy Wooten on Thursday shared the names of the three officers who fired weapons at the scene of Andrew Brown, Jr.'s death on April 21.

The state is still investigating Brown's death, but officials have confirmed he was shot and killed by deputies while the sheriff's office was fulfilling a search warrant.

Immediately after the fatal shooting, seven employees from the sheriff's office were put on administrative leave. But Wooten said after reviewing the videos, it was evident that four of those employees never fired their guns. They were allowed to come back to work.

They remain on administrative leave.

"More investigation is necessary into the three deputies who did fire their weapons and they will remain on administrative leave pending completion of the internal investigation and/or the criminal investigation being conducted by the State Bureau of Investigation," Wooten wrote in the release.

The sheriff has said he wants body camera footage from the shooting to be released to the public.

The Elizabeth City community has been demanding footage for more than a week in peaceful marches and demonstrations in the city.

“[The release of the deputies' names] means something to me but the timing should’ve been earlier," said Elizabeth City resident Albert Riddick. "If [the situation] had been in the reverse, they would have exposed it to the public much earlier and we wouldn’t have as much frustration and stress among everyone.”

On Wednesday, a judge said he would not consider releasing that for at least another month, while the SBI conducts its investigation.

The same judge said Brown's family should be able to view (redacted) body camera videos from that day within the next nine days. He ordered the Pasquotank County Sheriff's Office to blur the faces and identifying information of the deputies in the videos.

So far, the family has only been allowed to view about 20 seconds of redacted footage from one camera's perspective, and their lawyers said that portion did not include the beginning of the interaction; deputies were already shooting when that portion of the video began.

Wooten promised to be transparent in all ways that didn't hinder the SBI investigation in his Thursday release.

“Our county is united behind the importance of doing a careful, serious, and impartial review of everything that happened,” Wooten wrote. “My job is to ensure transparency and accountability, while also preserving the ability for the independent investigators to do their deliberate, painstaking, and vital work.”

His office has a "check the facts" page about the Andrew Brown shooting investigation online.