A fifth suspect was arrested by ODU Police after several people allegedly forced their way into a room at the Dominion House residence hall with a gun. 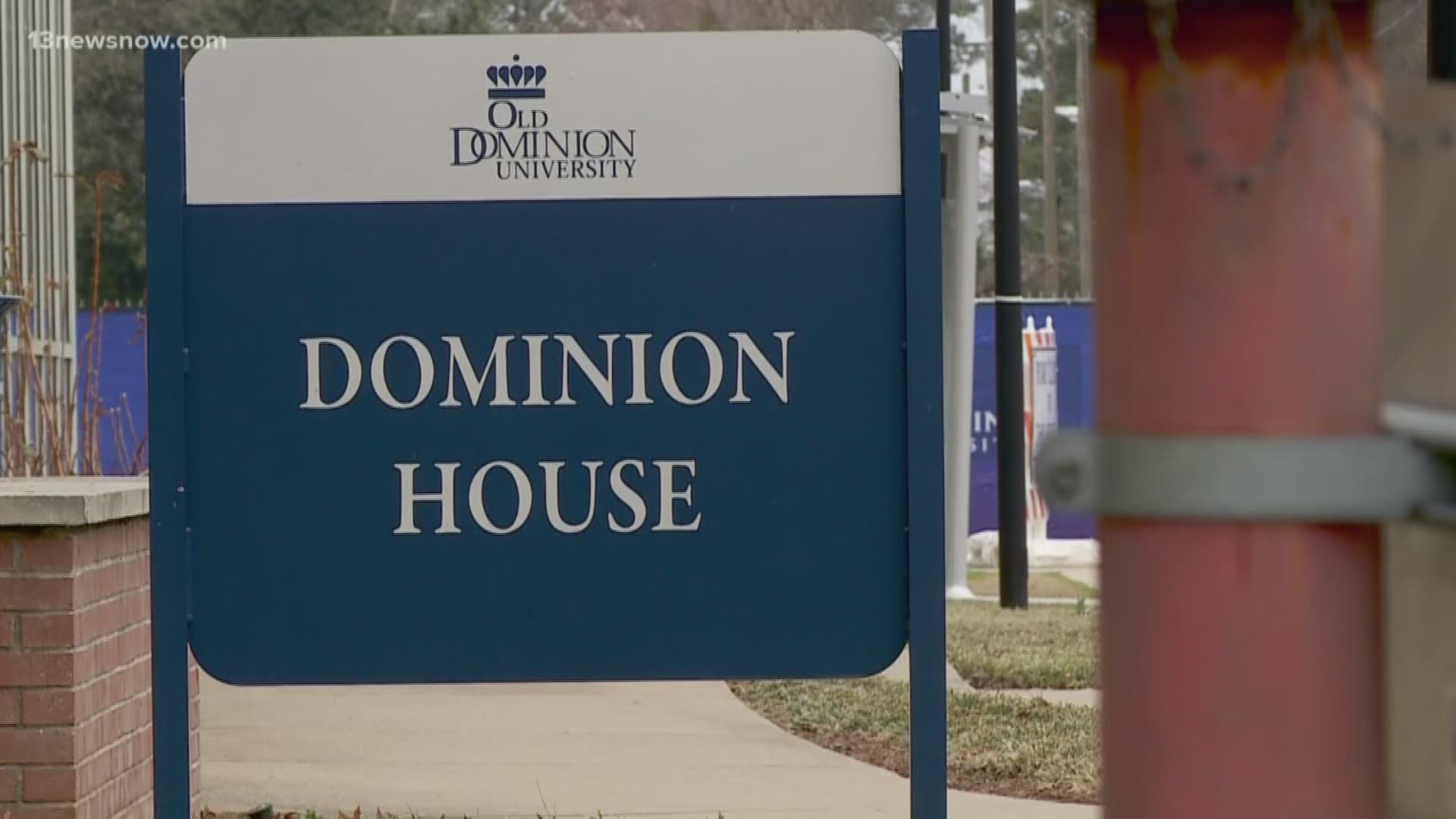 NORFOLK, Va. — Old Dominion University police say a total of five people have been arrested in connection with the armed burglary of a university dorm room.

ODU put out an alert on February 27 after multiple people with a gun forced their way into a room at one of its residence halls.

The alert said the incident happened at Dominion House at 9 p.m. Tuesday, February 26. It added that the students who live in the room knew the people with the handgun.

No one was hurt, and because of the incident, ODU police increased patrols in the area. Dominion House is located at 1425 West 49th Street. It provides "suite-style living" for about 288 students.

Police have arrested the following people and charged them in connection to the robbery:

The school reminded residents not to let people "tailgate" (follow closely behind) them into residence halls. If it happens, the alert said to contact residence hall staff members and police.

Anyone with information about this specific incident can contact Old Dominion University Police at 757-683-4000 or send the department a text via the LiveSafe App.

Here's the full alert sent to the ODU community on Feb. 27:

You are receiving this crime warning as part of Old Dominion University's commitment to provide campus-area crime information, and as part of our compliance with the federal Clery Act (Jeanne Clery Disclosure of Campus Security Policy and Campus Crime Statistics Act).

REPORTED OFFENSE:  Old Dominion University Police are investigating an armed burglary at 1425 W. 49th Street which occurred at 9 p.m. on February 26, 2019 within the Dominion House. The suspects, who were known to the residents, forced their way into the room and displayed a handgun. The suspects fled the building on foot without further incident and there were no injuries or reports of property taken. The suspects are described as college-aged males in dark clothing.

Police patrols have been increased in the area.

The police investigation is continuing. If you have any information that might be helpful to this investigation, contact the Old Dominion University Police at 757-683-4000, 4516 Monarch Way, Norfolk, VA 23508 or send them a text via the LiveSafe App.

The police would also like to remind the community to avoid allowing persons to “tailgate” into the residence hall behind you and notify residence hall staff members or police when this occurs.