Police said Paul Michael Gardner, 36, tried to enter Naval Station Norfolk without authorization in a vehicle that had been stolen from Virginia Beach. 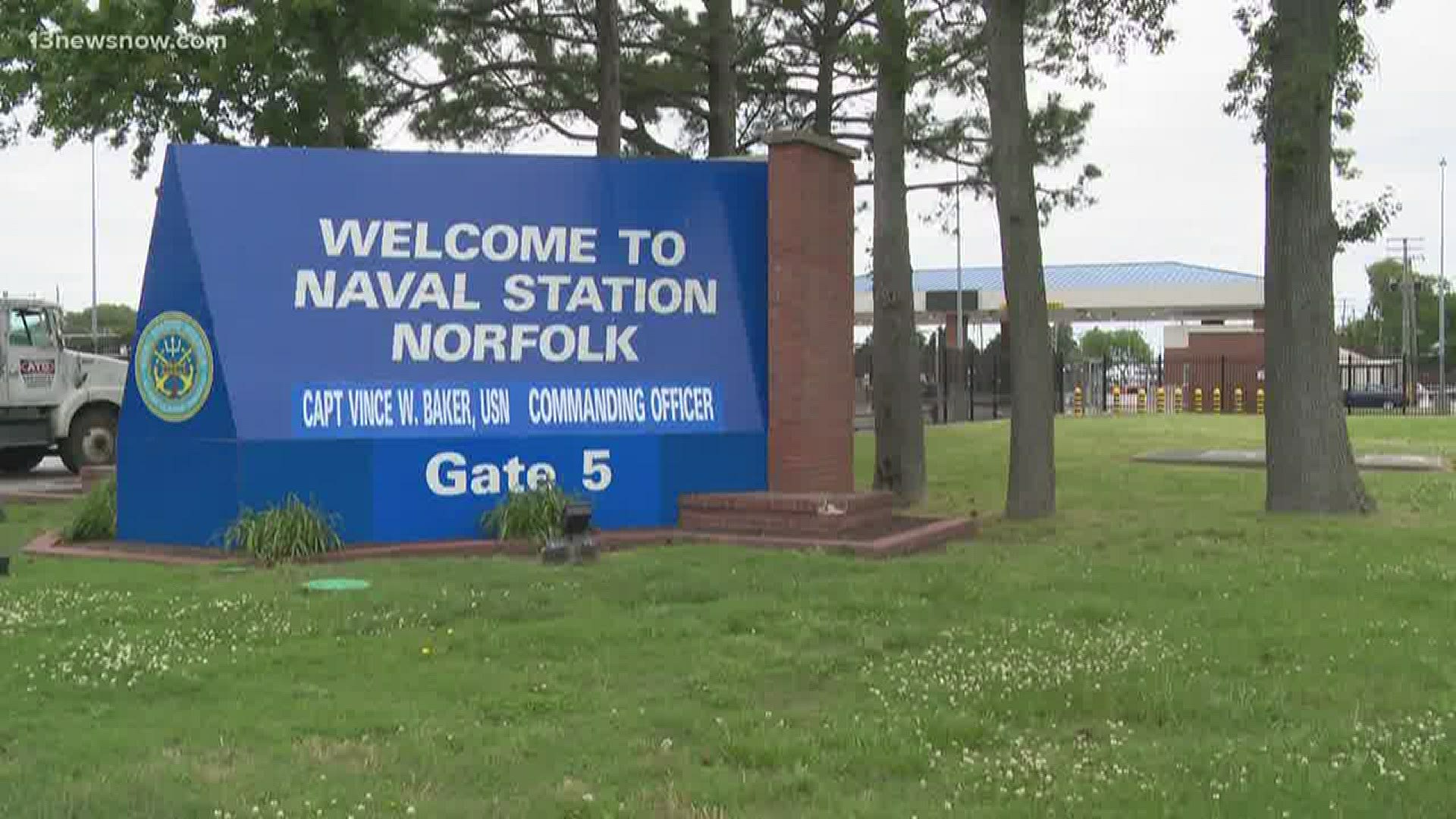 NORFOLK, Va. — Police arrested one man who is accused of trying to access Naval Station Norfolk while driving a stolen vehicle.

According to a Navy spokesperson, around 10 a.m. Tuesday morning, someone tried to enter the base through Gate 5 without authorization.

Once the access control system kicked in, the car was stopped at the gate.

The man behind the wheel, Paul Michael Gardner, 36, was arrested and handed over to Virginia Beach police. He was a suspect in the theft of the car from a Virginia Beach grocery store.

The car had been stolen about an hour earlier from the Harris Teeter located at 4540 Princess Anne Road in Virginia Beach.

As Gardner, of Norfolk, was taken into custody, police said they noticed he had "pre-existing conditions" that needed medical care.

Gardner was taken to a local hospital for treatment, and has since been released and taken to jail.

Police say the suspect has been charged with grand larceny.