Nedko Coon is accused of making social media threat toward Phoebus High in Hampton and Denbigh High in Newport News. 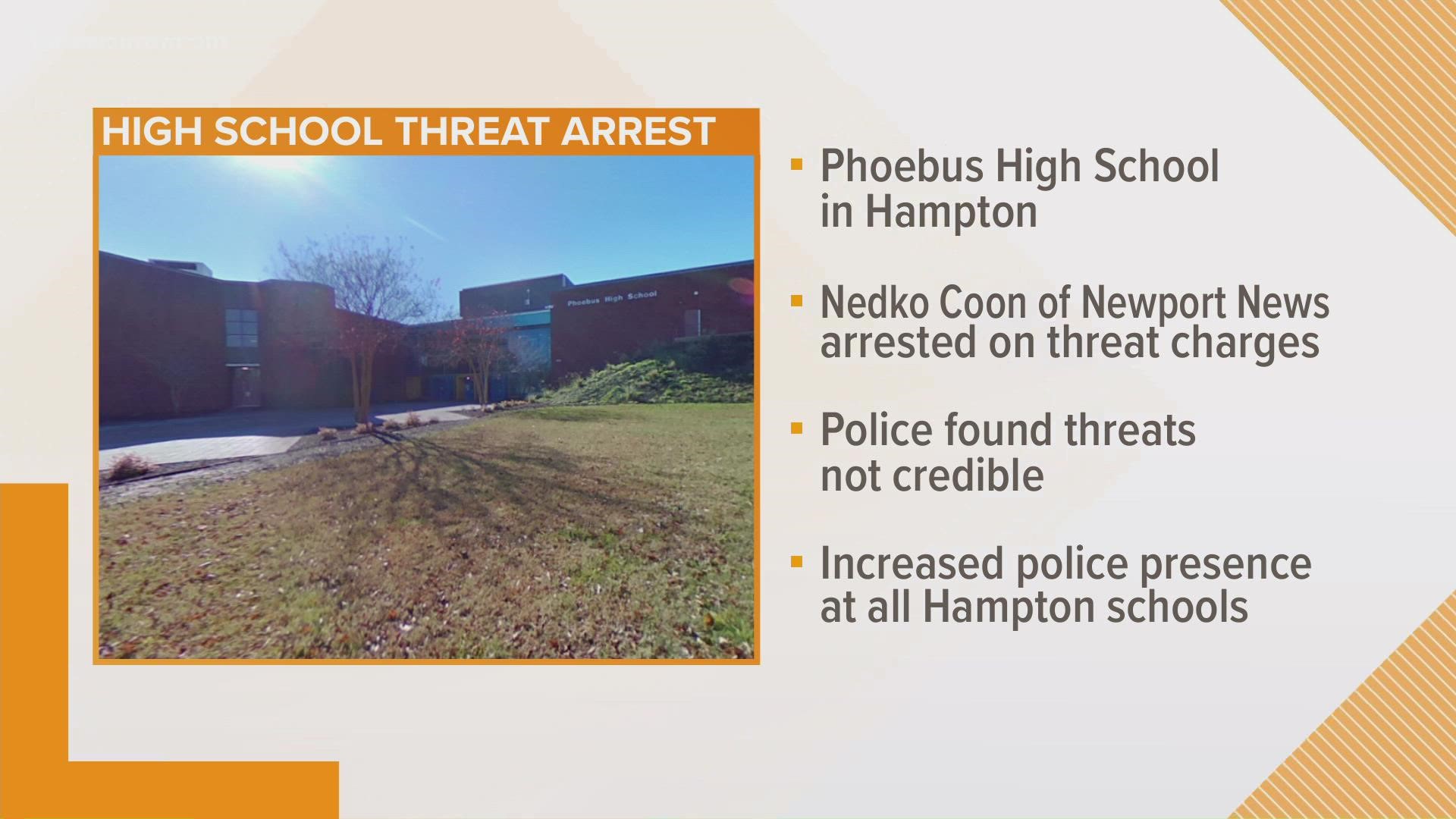 In a press release, the Hampton Police Division said Nedko Ivanov Coon was arrested Tuesday after he allegedly made a social media post threatening violence at Phoebus High School in Hampton.

He was charged with one count of Threats of Violence Involving a School.

Earlier in the day, police said they were notified about a post circulating on social media that threatened violence at the school. According to the police division, investigators later determined that the threat wasn't credible.

Hampton Police said they worked with the FBI’s Joint Terrorism Task Force and the Newport News Police Department to quickly find and apprehend the suspect.

Although the threat wasn't substantiated, Hampton Police increased officer presence at all Hampton schools to make sure students and staff were safe.

On Wednesday, Newport News Police announced Coon is also facing a charge of threats of death or bodily injury to persons on school property. It's after police became aware of a social media threat directed at Denbigh High School on Tuesday.

That threat was also not credible.

Newport News Police said the warrant was served while Coon was in custody for the original charge. 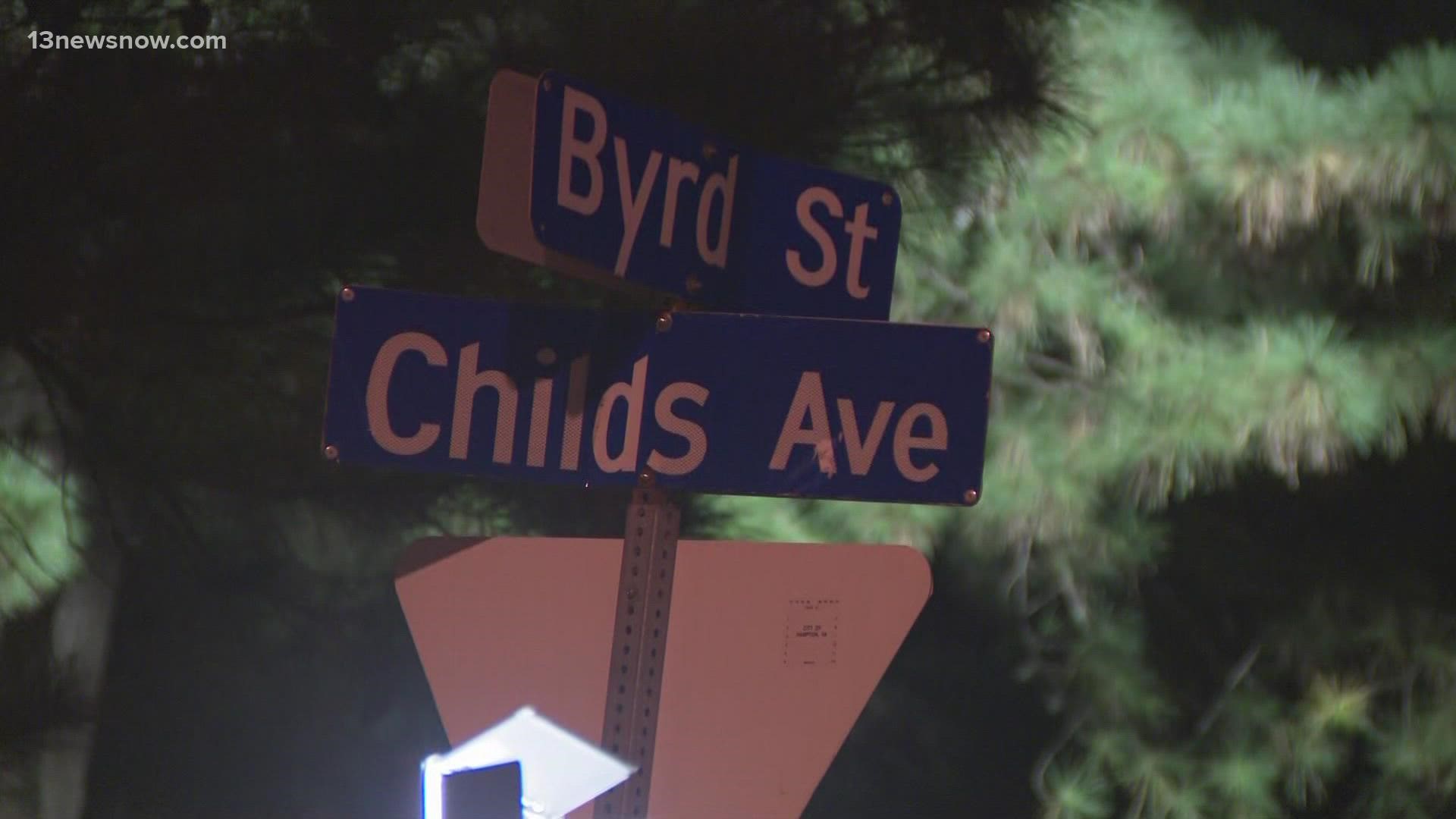