Debra Hunter faces assault charges for allegedly deliberately coughing in the face of a woman at the St. Johns Town Center in a video that drew national scorn. 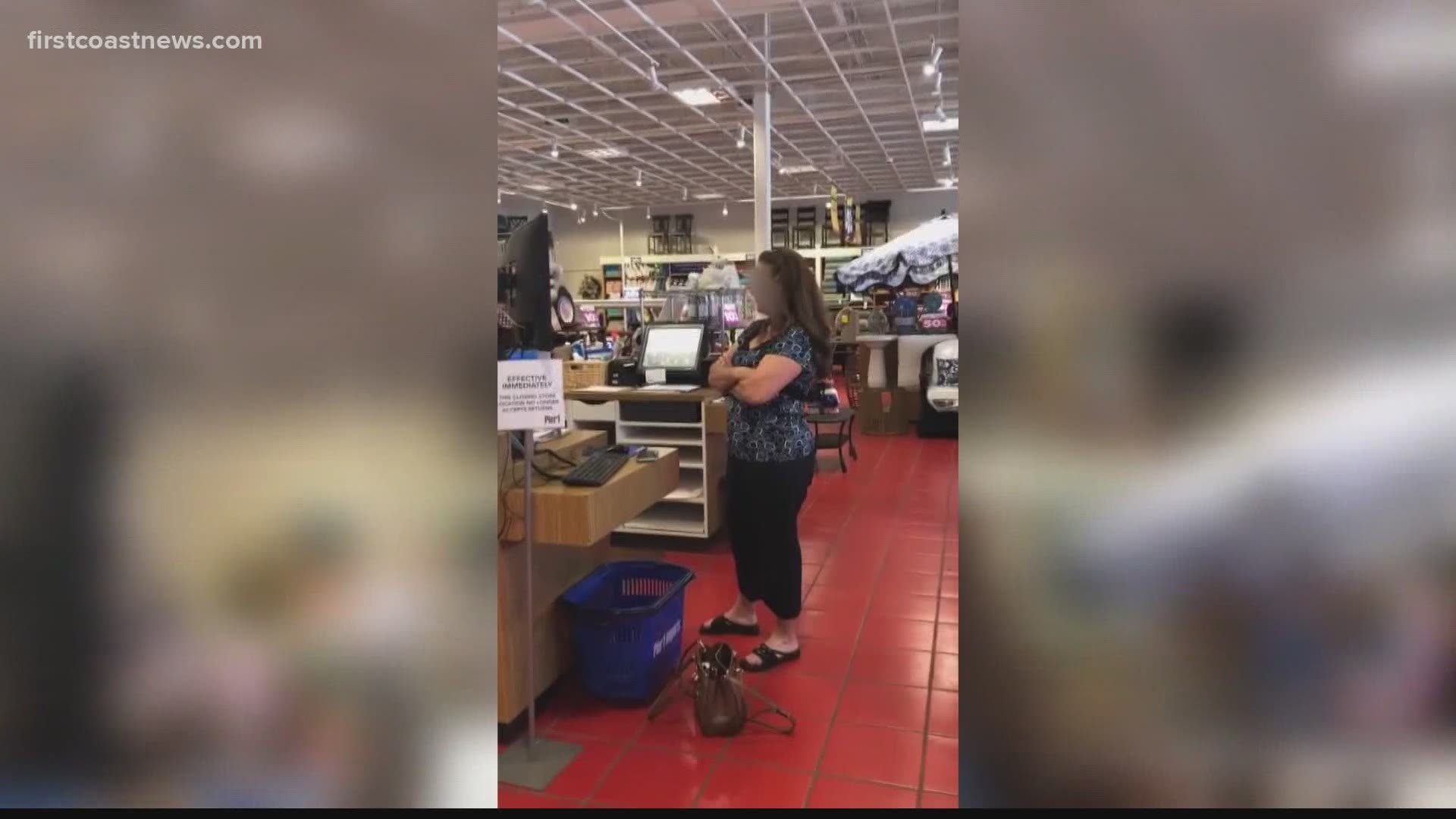 JACKSONVILLE, Fla. — A woman who deliberately coughed on someone at Pier 1 in a video that went viral was arrested for assault just over a week ago.

In the June video, Debra Hunter, is shown at the Jacksonville Town Center store walking up to a second woman and deliberately coughing in her face.

The woman filming, Heather Sprague, was wearing a mask because she is undergoing treatment for a brain tumor, and has a compromised immune system. Hunter was not wearing a mask.

Sprague filed an incident report with the company that day, and filed a police report a few days later.

According to a warrant obtained by First Coast News, Hunter is charged with assault. According to Florida Statutes, "An 'assault' is an intentional, unlawful threat by word or act to do violence to the person of another, coupled with an apparent ability to do so, and doing some act which creates a well-founded fear in such other person that such violence is imminent."

Credit: Jacksonville Sheriff's Office
Debra Hunter is accused of assault after she was seen on cellphone video coughing on another woman at a Pier 1 store.

Hunter was arrested on July 22. She bonded out immediately. She is scheduled to be arraigned on Aug. 19.