Officers said they detained two people for questioning at Morgan Pointe Apartments. They didn't say how old the child was, only that the child was a juvenile. 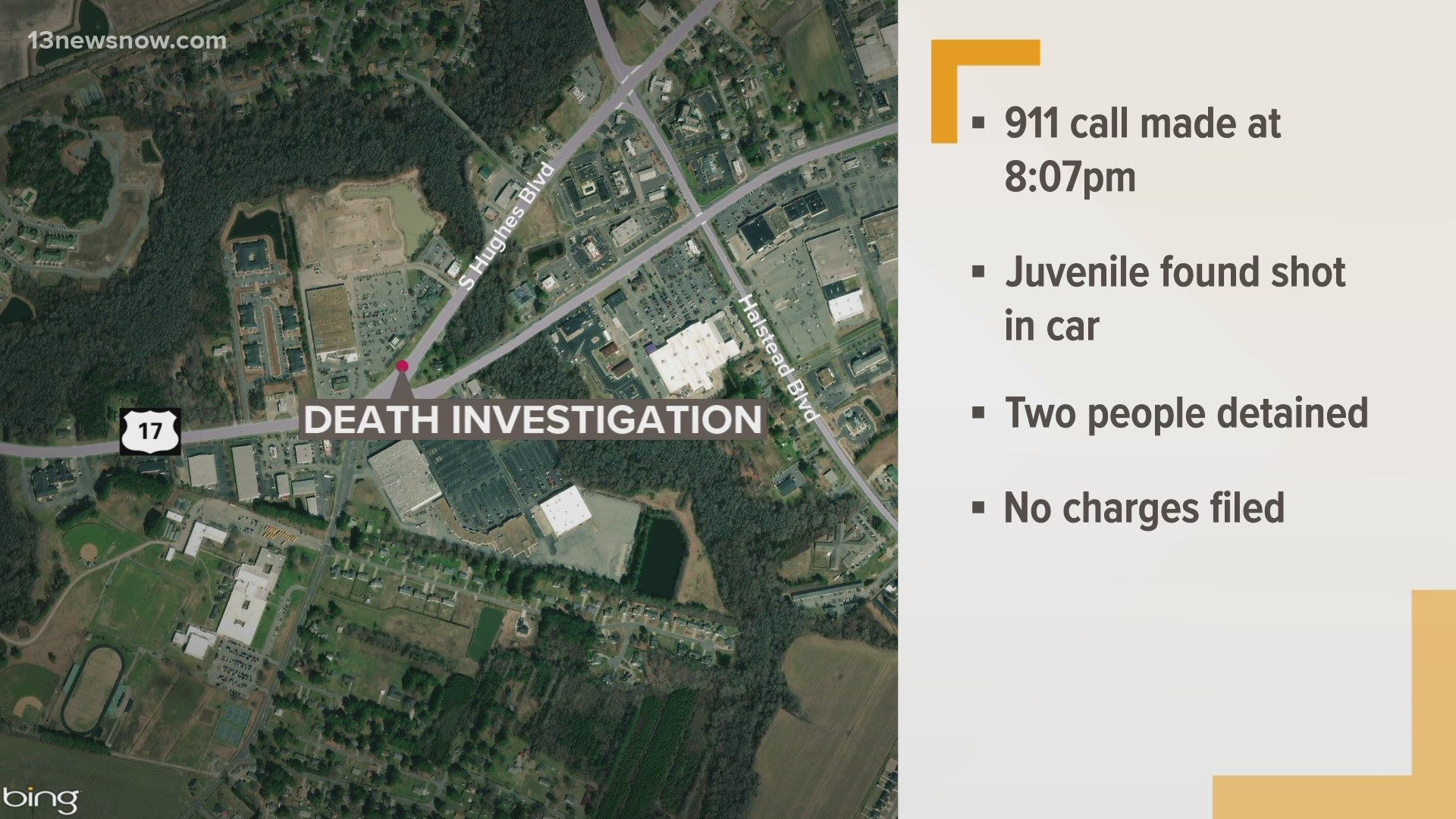 ELIZABETH CITY, N.C. — Elizabeth City police are investigating after a juvenile was found dead in the driver seat of a vehicle Monday night.

Police were called around 8:07 p.m. to Morgan Pointe Apartments at 655 S. Hughes Boulevard after someone reported hearing a gunshot.

That's where officers found the victim sitting unresponsive in a vehicle located in the apartment complex parking lot.

Two people were detained for questioning at the scene. Police said so far no charges have been filed.