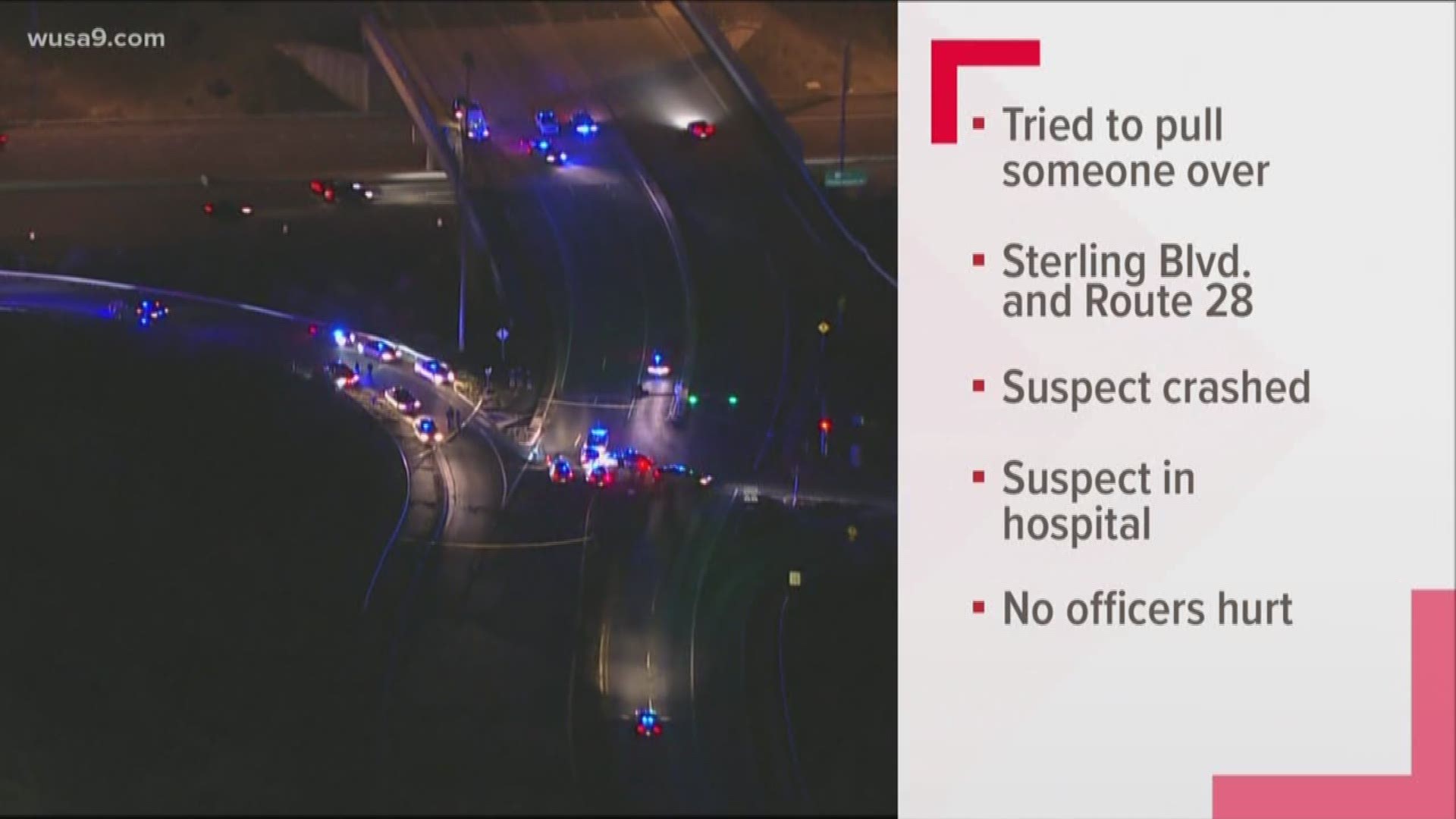 STERLING, Va. — A man injured after a police chase ended with an officer-involved shooting in Loudoun County Thursday evening, was taken into state police custody Friday.

Around 7:30 p.m., a 2017 Ford Escape, driven by 54-year-old Michael Bonner, passed a Virginia State Police trooper traveling east on Route 50 in Sterling, authorities said. The trooper's license plate reader alerted the trooper that the Ford had been reported stolen out of Fairfax County.

When the trooper attempted to pull Bonner over, he sped off on Route 50 near Tall Cedars Parkway, VSP said. A chase ensued, and police said Bonner was going 100 mph. He hit two police cars that were attempting to contain him during the car chase, police said.

Police said Bonner refused to stop and a car chase ensued on Route 50. The pursuit continued to the intersection of Sterling Boulevard and Route 28, where the driver crashed his car.

Troopers were able to bring the car to a strop on South Sterling Boulevard near Shaw Road and surrounded the Ford Escape. VSP said officers engaged with Bonner and at least one shot was fired by state police.

Bonner was hit in the shooting. He was flown to Reston Hospital Center, where he was treated for a non-life-threatening gunshot wound. No police officers were injured in the shooting, police said. 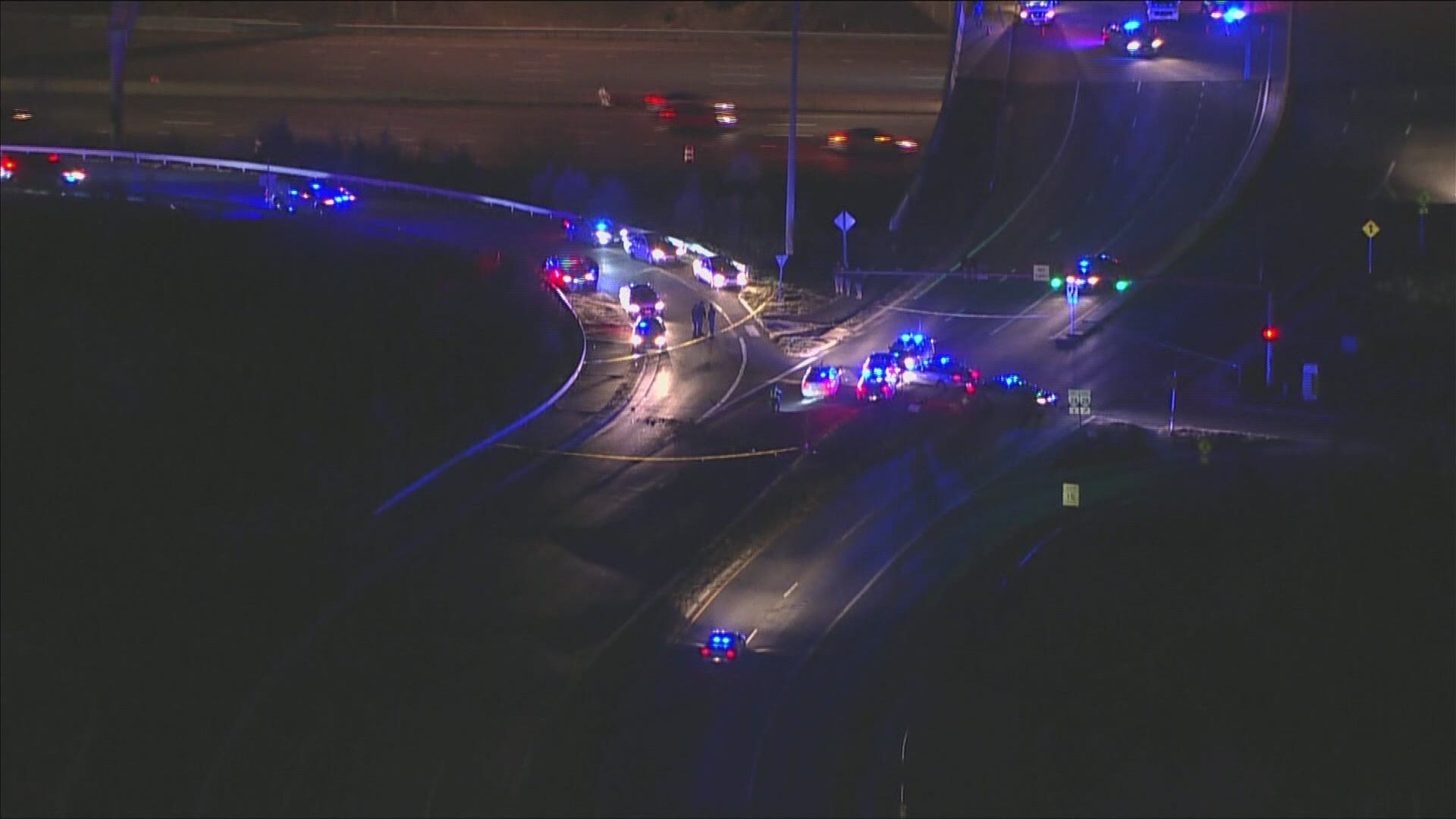 Bonner was released from the hospital Friday afternoon and taken into state police custody, according to VSP. He is charged with grand larceny of a vehicle, eluding police, hit and run, driving without a driver's license and unauthorized use of a stolen vehicle.

The trooper involved in the shooting was placed on administrative leave, officials said.

No further details were immediately available.