Virginia Beach police said they arrested a person who shot and killed a man in the 1500 block of Cape Ann Way. 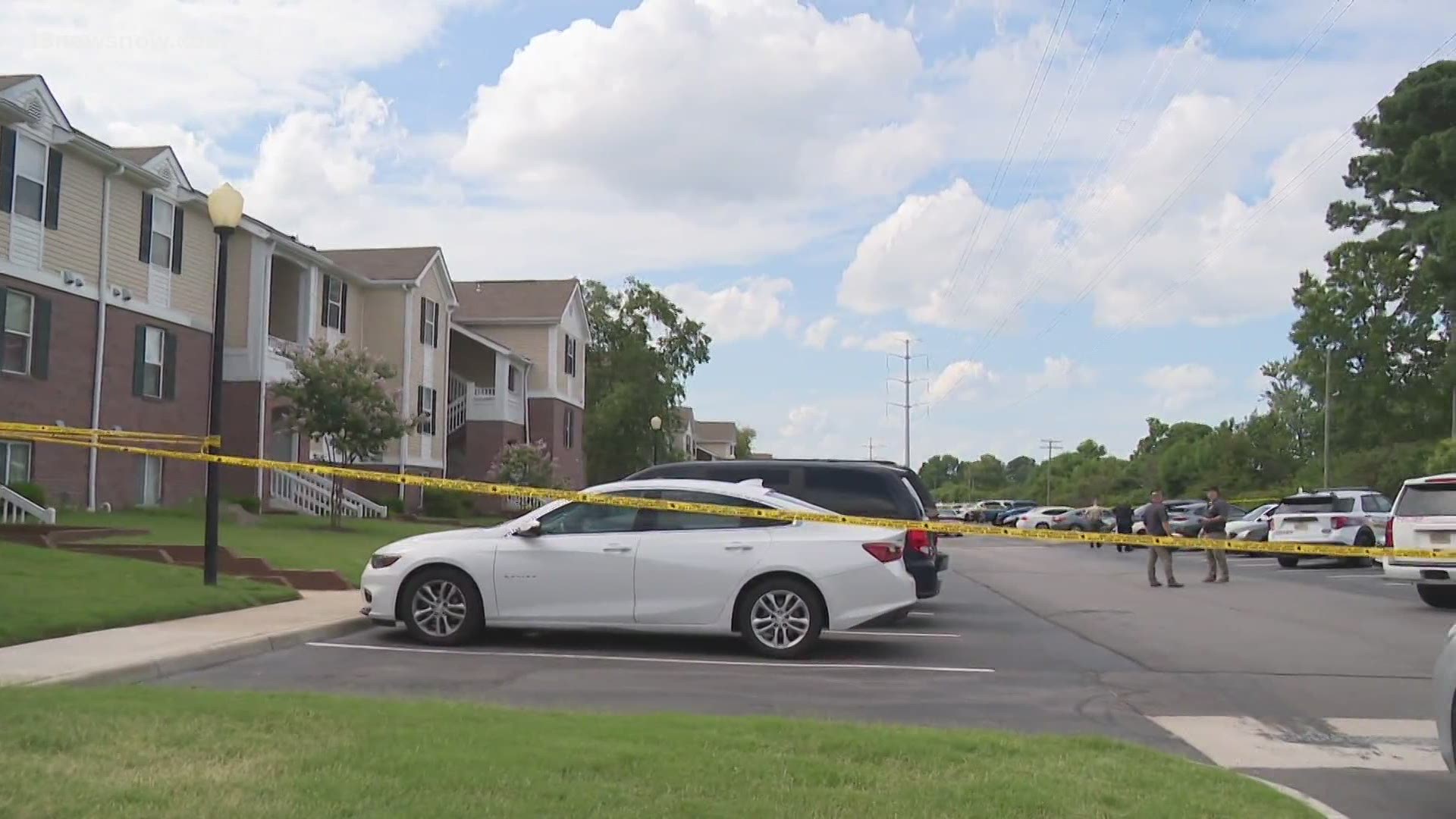 VIRGINIA BEACH, Va. — Authorities identified a man who was shot and killed at an apartment complex located near the Holland Road area Sunday.

According to Virginia Beach police, 35-year-old Ritz M. Johnson was the man who died from gunshot injuries.

Officers said they responded to the 1500 block of Cape Ann Way after receiving a report of a shooting there. That's close to Shipps Corner Road.

Police arrested the some suspects -- including one person who they say fired the gun. No criminal charges have been filed at this time.

The city's homicide squad detectives are actively investigating the shooting and said it happened as a result of a "domestic situation." This crime will have to undergo screening through the Office of the Commonwealth's Attorney.

If you know anything that could help with the investigation, please call the Virginia Beach Crime Line at 1-888-LOCK-U-UP.