Police are searching for a 20-year-old man who's wanted for killing someone near the Elizabeth City Regional Airport. 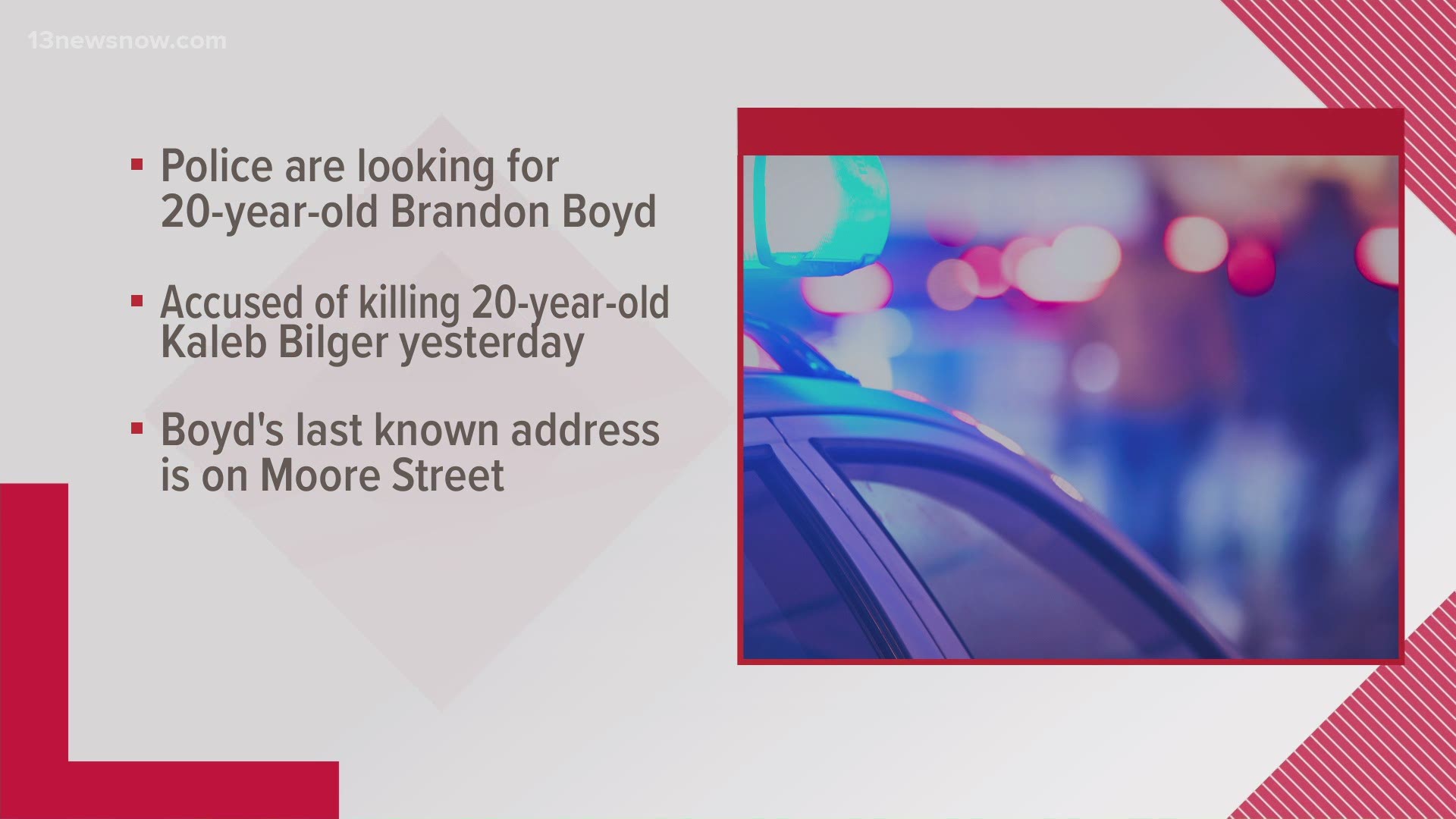 Police say the homicide happened Sunday, Oct. 18 in the 1600 block of Weeksville Road. That's right next to the Elizabeth City Regional Airport.

Police haven't said what exactly happened or how Bilger was killed, but they're looking for 20-year-old Brandon Kason Boyd who's wanted for Bilger's murder.

All information received will stay confidential.