Karen Jackson and Barry Johnson are suspects in a child's murder. The child died in September 2020. Police said they're looking for Jackson and Johnson. 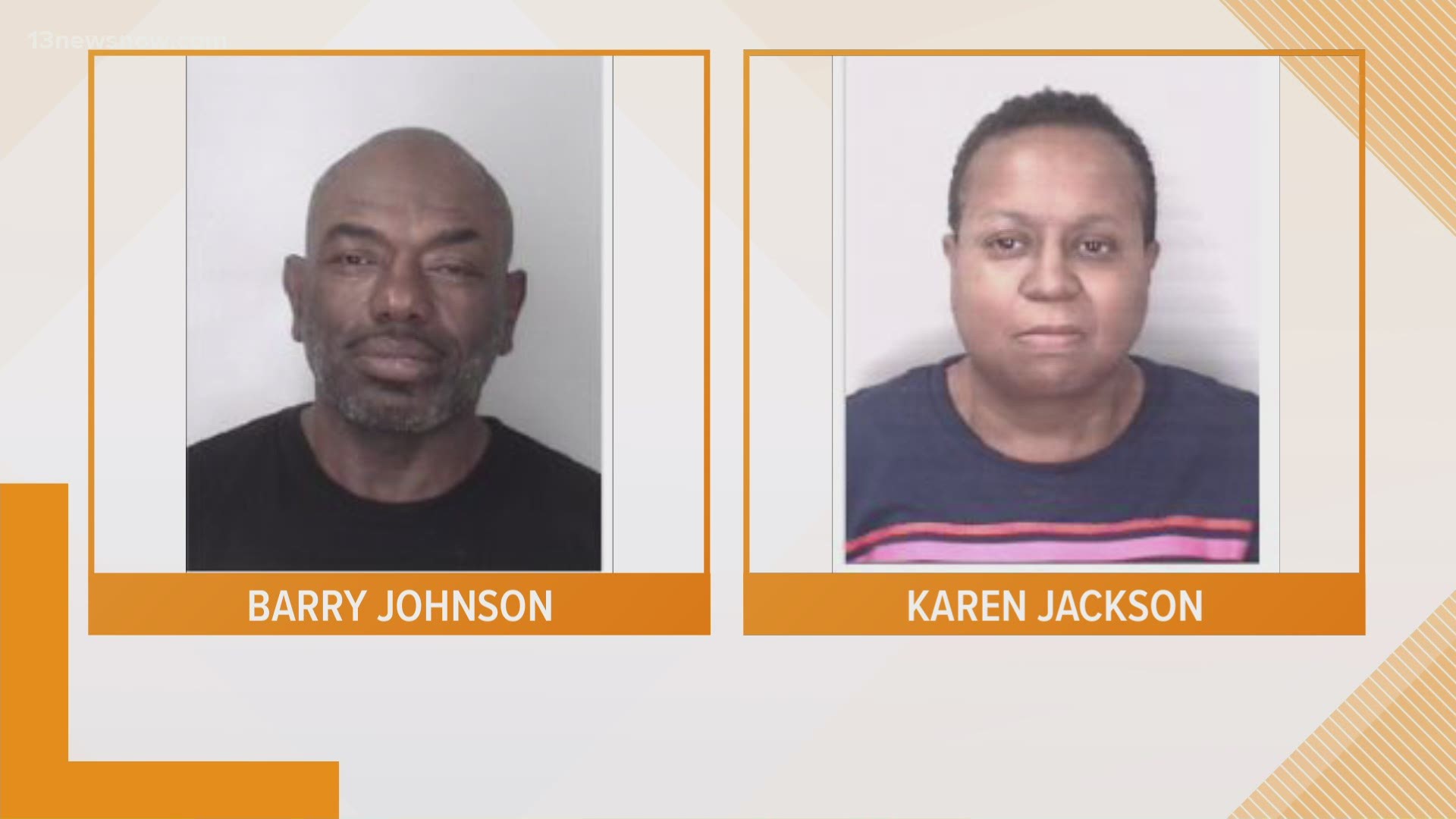 PORTSMOUTH, Va. — Portsmouth detectives are asking for the public's help to track down two people who are suspects in a child's murder.

Authorities named 55-year-old Karen Jackson and 54-year-old Barry Johnson as the two suspects in this case. They're working to find them now.

The search comes nearly seven months after medics found an unresponsive child near the 400 block of Hanbury Avenue. That's right on the other side of the Cradock neighborhood in Portsmouth.

Jackson and Johnson are wanted for felony child neglect and felony murder. Police consider the pair armed and dangerous.

Detectives haven't released the child's age or gender. They also haven't said what kind of injuries the child sustained.

Anyone who has information about this crime or the suspects’ whereabouts is urged to call the Portsmouth Police Department’s Special Victims Unit at (757) 393-8536 or to submit an anonymous tip through the Portsmouth Crime Line at 1-888-LOCK-U-UP.