August 14, 2020 marks 15 years since someone found 18-year-old Shellie Carson beaten to death, just half a mile from her home in Kings Grant. 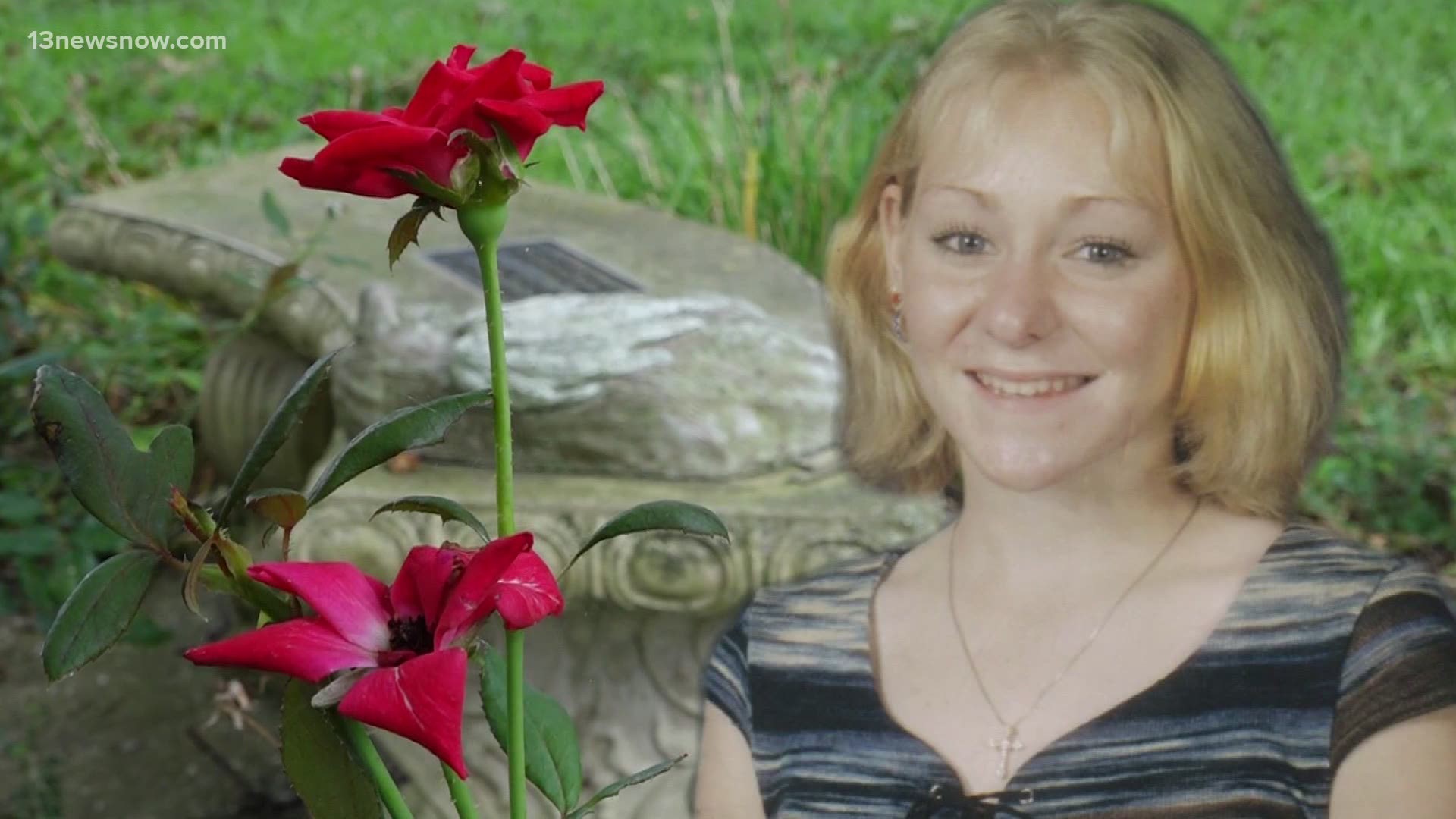 VIRGINIA BEACH, Va. — Detectives with the Virginia Beach Police Department’s Cold Case Unit are sharing new information about the murder of Shellie Carson on the 15th anniversary of her death.

Carson was just 18 when she was found beaten to death in the early morning hours of August 14, 2005 at the traffic circle by Kings Grant Road and Newcastle Road.

Police are hopeful someone will finally come forward with the tip needed to close this case.

Mary Rachel Carson, better known as Shellie, was the adoptive daughter of Bill and Charlotte Carson of Virginia Beach.

Bill Carson told 13News Now in a previous interview that Shellie started getting into trouble at age 14, but he never imagined having to bury her four years later.

Detective Kevin Fanelli, with the Virginia Beach Cold Case Unit, said Shellie was living a “high-risk lifestyle” at the time of her murder and would frequently be out at late hours.

“There was a minor history of drug use in the past, although in the autopsy there was no evidence of drugs or alcohol in her system,” Fanelli said. “She had a lot of friends, a lot of partners, she knew a lot of people - more than the average.”

Shellie was alive and well just two hours before her body was discovered.

Surveillance from a nearby 7-Eleven captured Shellie visiting with a friend who worked there, before leaving on her bike at 3:50 a.m.

One witness on his way home reported seeing Shellie at 4 a.m., riding her bike in the same traffic circle where she would soon be found dead.

A second witness out walking his dog said he saw Shellie further down the road at 4:06 a.m., still riding her bike.

Aside from her killer, that witness was the last person to see Shellie Carson alive.

At 6:08 a.m., a driver passing through the traffic circle discovered the gruesome scene and called police.

The bicycle Shellie had been riding all night was found discarded nearby in the grass.

Detectives still aren’t sure what happened during those 122 minutes, that ended with one of Virginia Beach’s 62 unsolved murder cases since 1970.

Police and EMS arrived on scene within minutes of the caller reporting the discovery.

“The crime scene was rather violent,” Fanelli described. “She was laying on her back, partially under some trees. Her shirt was pulled up, exposing her upper torso, she was naked from the waist down and her face was bloodied.”

The medical examiner ruled her cause of death as blunt force trauma to the head.

“There was evidence of a sexual act attempting to be done. The pants were not at the scene, things were taken, the crime scene itself was rather disorganized,” Fanelli said.

Shellie’s pants are one piece of evidence never recovered. Detectives theorize the clothing could be missing for a variety of reasons, including but not limited to: a weak attempt to remove evidence, a souvenir taken by the killer, or even the possibility of it being dragged away by an animal.

Police at the time also noted other items nearby, including beer cans, cigarette butts and a rose. But Fanelli pointed out that those items may not necessarily be related to this case.

Fanelli says it’s impossible to determine at this time if Shellie was targeted or attacked at random.

“It was possible she intended to meet someone there at that park, and maybe that person had intentions of assault,” he said. “But then again, because of her lifestyle and tendency to be out late sometimes, it also could have been a chance encounter.”

The manner of death (by blunt force trauma), he said, is usually indicative of a crime acted on a whim. And he notes there was no attempt to hide Shellie’s body.

Fanelli said nailing down a motive is also complicated in this case.

“The theories are just theories and we can speculate all day, but in the end we’ll never know until we find that suspect and learn from him or her.”

Detectives often find that victims of violent crime, such as Shellie, are not strangers to the suspect.

13News Now has learned that police interviewed more than 100 people at the time, including Shellie’s boyfriend - who was at reportedly at conflict with her hours before the murder.

According to police, Shellie had a “lengthy and involved argument” with her boyfriend in the hours leading up to the incident; however, they note that conflict was allegedly resolved before she was found dead.

The more-than-100 people interviewed included witnesses, potential informants, suspects, friends and anyone else who came forward.

“There were just a lot of people of serious interest that could have potentially been responsible for such a crime,” he said. “But there was no evidence at the time discovered that directly linked the crime to one individual.”

Fanelli estimates that police looked at seven to nine people as persons of interest.

Fifteen years later, he thinks that list can be narrowed even further, if the right person comes forward with information.

Bill and Charlotte Carson will never know who killed their daughter.

Charlotte died in 2012 and Bill in 2017. The pair dedicated their final years to trying to track down their daughter’s killer.

A bench dedicated to Shellie now sits in a park by the traffic circle where she was murdered. A plaque reads: “In loving memory of Shellie Carson, whose life was senselessly taken on August 14, 2005.”

While her parents will never get to see justice for Shellie, detectives aren’t giving up on the case. They think someone reading this article could hold that one tip to solving this crime.

“After years pass, relationships change, you might have people who were close at the time and were willing to cover or keep secrets for each other - and now that’s no longer the case, now they’re enemies, now they’ve matured, guilt gets to them,” Fanelli said.

There’s up to $1,000 in cash for the right information that leads to an arrest. The number to call is 1-888-LOCK-U-UP, and no one will ever know your name. 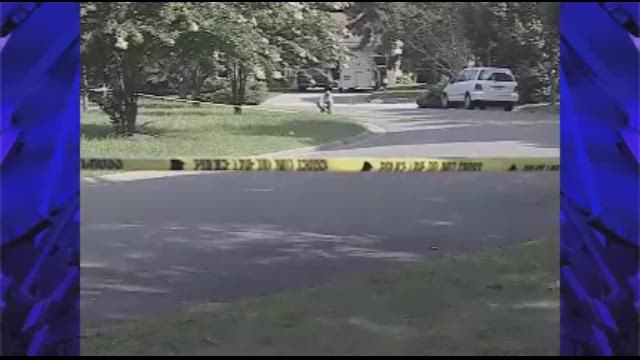