The woman and baby were both in a car driving down the street when someone in another car started shooting at them. The 1-year-old's injury is no longer severe. 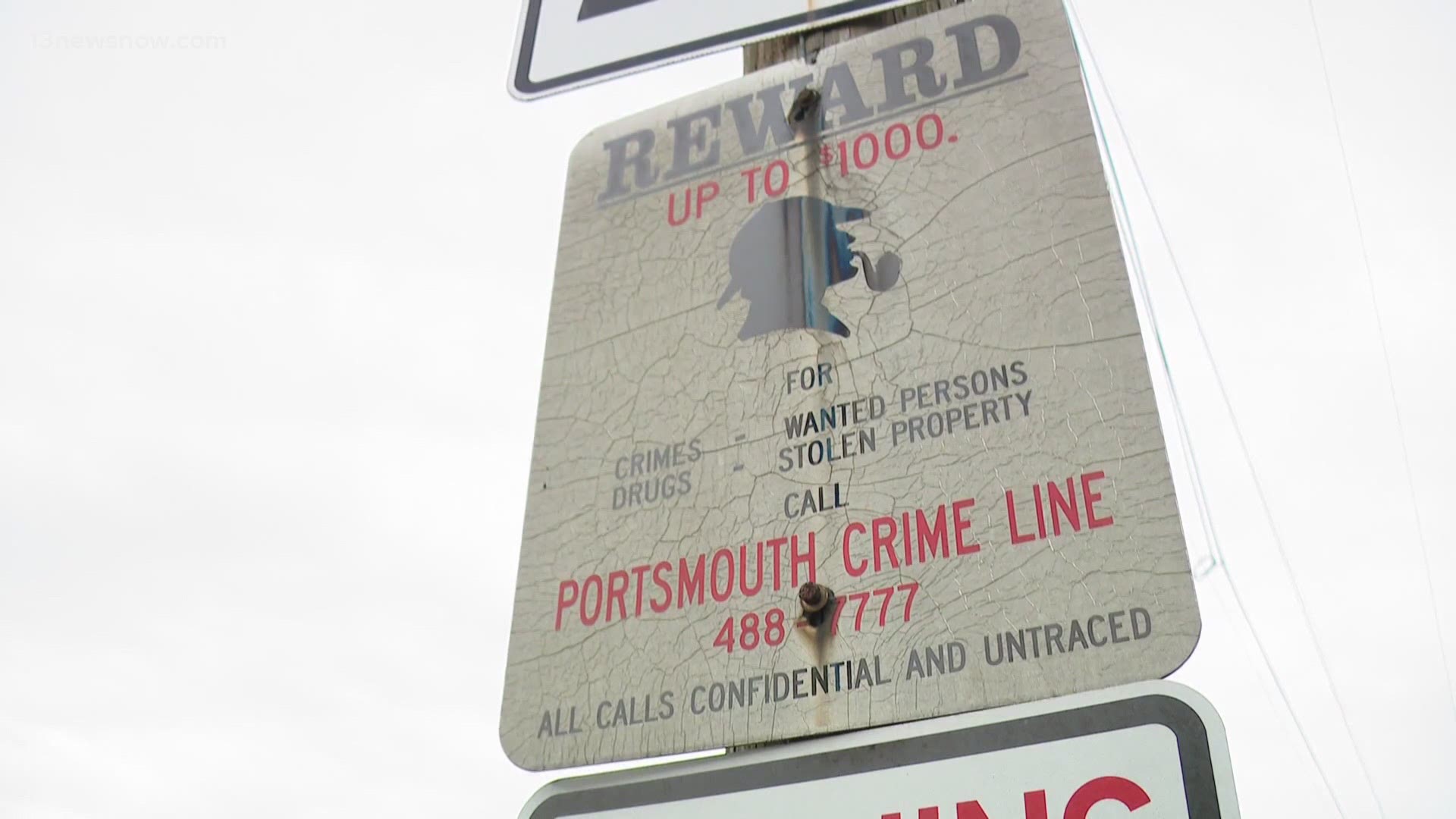 PORTSMOUTH, Va. — Police are trying to track down whoever's responsible for shooting a 1-year-old girl and a woman over the weekend in Portsmouth.

“I pray that the child and the family is OK,” said neighbor Cheryl Branch.

Detectives are investigating the incident which happened in the 1300 block of Watson Street on Sunday, Sept. 13. Officers were sent to that location around 9:25 p.m. after dispatchers got a call about a child who had been injured there.

Branch said it happened outside her house.

“Everyone in the neighborhood knows I’m a nurse so I’m one of the first people they were seeking out and of course I would have helped,” Branch explained, although she said she had been at work at the time of the shooting.

When police got to the scene, they saw that a 21-month-old girl had been shot in her upper body. Her wounds aren't life-threatening anymore.

“Heartbreaking it was a child. It was not, it was just a child in the street. It just hurt my heart because I’m a grandfather of seven grandchildren,” Gary Walker said.

A 23-year-old woman was also grazed by a bullet, but she refused treatment.

Investigators later learned that the baby and the woman were driving down High Street that night and when they turned onto Watson Street, someone opened fire on their car from another vehicle.

“I did not see anything that occurred last night but I heard the commotion and the gunshots and then I came, when I did come to my front door, I seen the child had been shot, and that’s just unfortunate,” Walker said.

Police say the suspect vehicle is silver and has four doors and 30-day tags. Detectives are working to find that car and its driver.

13News Now reached out to every city council member about the violence in their city.

Vice Mayor Lisa Lucas Burke said, “ While I don’t have any details involving the one-year-old who was shot off of Watson Street, I am certain that this matter is under investigation and that justice will prevail. It saddens me that we have to learn about any citizen, whether they are black or white, young or old, who has fallen victim to issues of gun violence in our City.  It is my hope that the one-year-old recovers from injury, and future trauma counseling is available.”

Shannon Glover said this shooting breaks his heart and he plans to sit down with the interim Police Chief to try to come up with ways to stop the crime in Portsmouth.

Bill Moody said, “No child should be exposed to an environment that would endanger their life.”

Elizabeth Psimas called the news horrible and said she wished she had a magic wand to stop the violence.