Robert Aaron Long is charged with multiple counts of murder following the shootings that took place at three spas in two jurisdictions - Atlanta and Cherokee County. 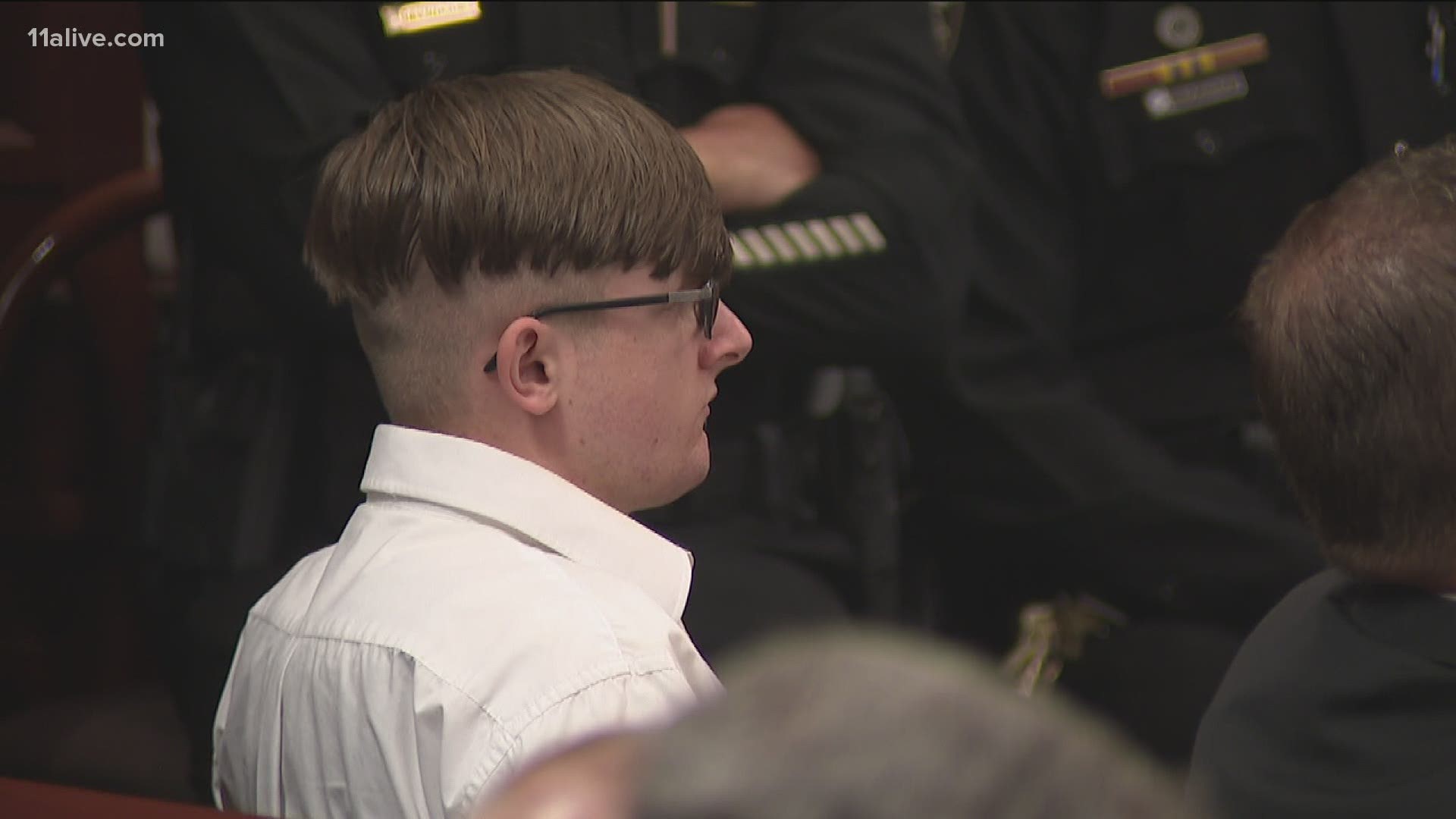 CHEROKEE COUNTY, Ga. — UPDATE: Robert Aaron Long has pleaded guilty to all four charges related to the spa shootings in a Cherokee County court on Tuesday. A judge accepted the plea and sentenced him to life without parole.

Long still faces execution if convicted of murdering four people at two spas in Atlanta. Six of the victims were women of Asian descent. A prosecutor said the 22-year-old defendant has signed a plea deal admitting to all of the charges in Cherokee County.

"Today our community will begin to heal from these unspeakable acts of violence," Cherokee County District Attorney Shannon Wallace said.

At the press conference, Wallace said countless lives were forever changed the community has been permanently damaged by the horrific assault on the community's sense of security.

"Since that day, my office has been in regular contact with those individuals who have been most impacted by this senseless and devastating attack: the surviving victims and the family members of those murdered individuals. They have been clear and united in their message, justice and closure are needed now," Wallace said. "Today, justice was served and the defendant plead guilty to all the charges in the indictment and was sentenced to four consecutive life sentences without the possibility of parole. He was also sentenced an additional 35 years to be served in confinement."

ORIGINAL STORY: A "resolution" is expected to be presented in a Cherokee County court Tuesday morning for the suspect in a spa shooting earlier this year.

Robert Aaron Long is charged with multiple counts of murder following the shootings that took place at three spas in two jurisdictions — Atlanta and Cherokee County.

In Cherokee County, police have said Long shot and killed four people, three of them women and two of Asian descent, at Young's Asian Massage near Woodstock just before 5 p.m. on March 16. He also shot and wounded a fifth person, investigators said.

An attorney for the surviving victim Elcias Hernandez-Ortiz said there have been indications the case in Cherokee County is likely to end with a plea deal. Such an ending is what Doug Rohan's client has hoped for.

"The fact that a plea was possible or likely was something that we have discussed on numerous occasions and certainly would be the best possible solution to save him from that repeat trauma," attorney Doug Rohan said.

Following the shooting in Cherokee County, Long then drove about 30 miles south to Atlanta according to prosecutors, where he allegedly shot and killed three women at Gold Spa before going across the street to Aromatherapy Spa and fatally shooting another woman, police have said.

In an initial interview with investigators, Long claimed to have a “sex addiction,” and authorities said he apparently lashed out at businesses he viewed as a temptation. But those statements spurred outrage and widespread skepticism given the locations and that six of the eight victims were women of Asian descent.

"After Mr. Long concludes his hearing in Cherokee County, I want to ensure that the process in Fulton County proceeds as quickly as possible," Fani Willis said. "The victims of the crimes Mr. Long is accused of committing in Fulton County deserve no less."

She recently filed a motion requesting Long be transferred to the Fulton County Jail following his scheduled arraignment in Cherokee County. Willis also requested Fulton County Superior Court Judge Ural Glanville to schedule an arraignment for Long in Fulton County “on or before August 6, 2021, or as soon as practical,” according to the district attorney’s motion.