The chase started when a sergeant clocked a 2016 Toyota Corolla driving 106 miles per hour in a 55 mile per hour zone. It ended in Newport News. 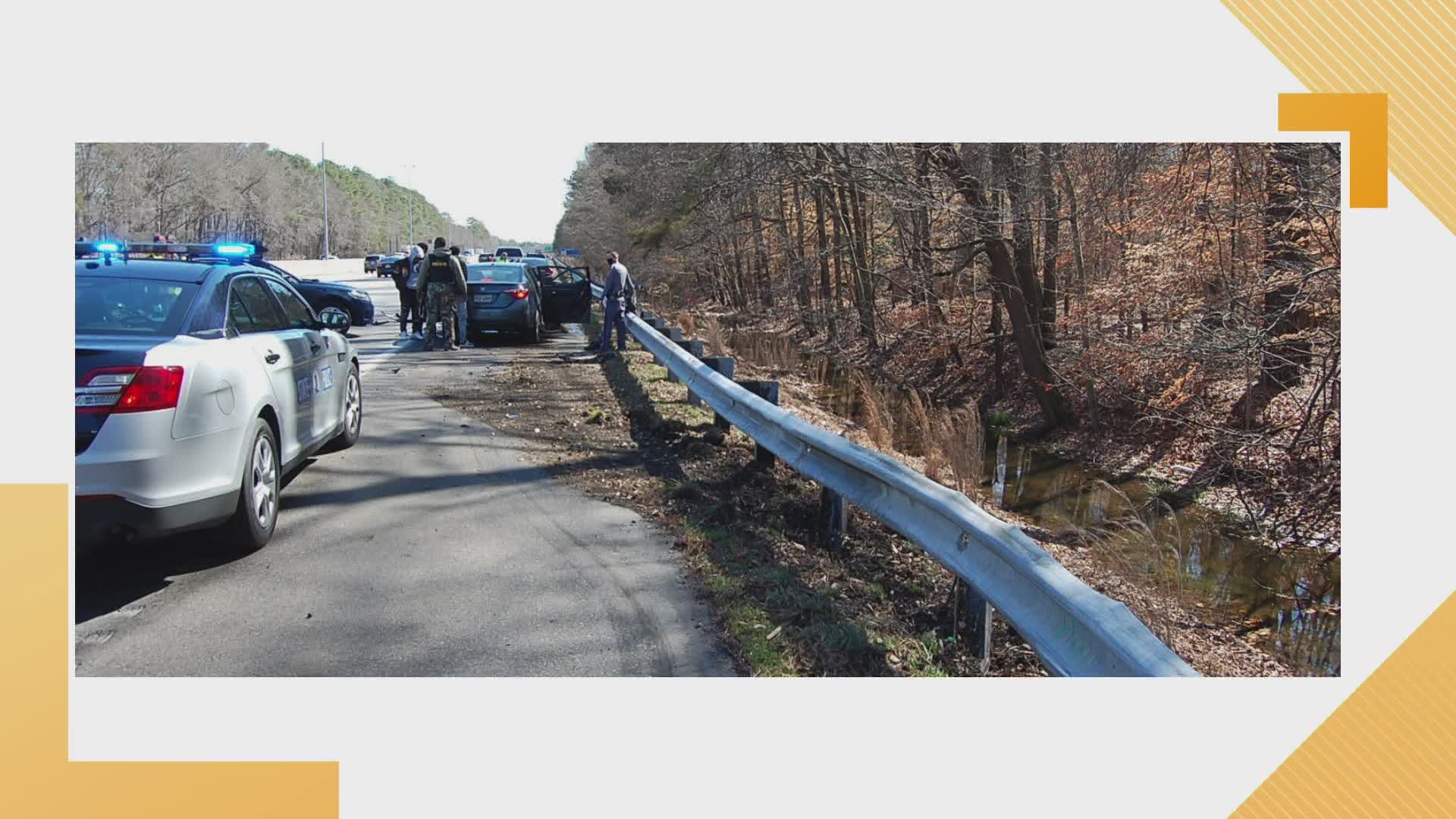 A release from Sgt. Michelle Anaya, the VSP's spokeswoman, said the chase started when a sergeant clocked a 2016 Toyota Corolla driving 106 miles per hour in a 55 mile per hour zone.

The driver of that car did not pull over when the trooper turned on emergency lights, and after a brief chase, lost control of the vehicle.

Police said the car hit a jersey wall, was pushed back onto the highway by the impact (where it sideswiped another car), and then ran back off the road into a guardrail.

When the Corolla stopped, and troopers approached it, there were four men in the car, and none of them were wearing seatbelts. They found three loaded guns in the car, and police said two of those were stolen.

The driver, an 18-year-old, was charged with felony elude, concealed weapon, reckless driving, possession of a stolen firearm, and possession of marijuana.

The front-seat passenger, another 18-year-old, was charged with concealed weapon and possession of a stolen firearm.

The driver and front-seat passenger both had to be taken to Riverside Regional Hospital, and the two back-seat passengers (who were 19 and 21 years old) had minor injuries that were treated at the scene.

Both of the men taken to the hospital were released later that afternoon, and taken to the Newport News Regional Jail. The driver was not allowed bond, and the passenger was offered a secured bond.

The two passengers in the back seat of the Corolla had not been charged by the time of the noon release.