Keishon Robinson was arrested for murder and several weapons charges in connection with a shooting death that took place on February 6. 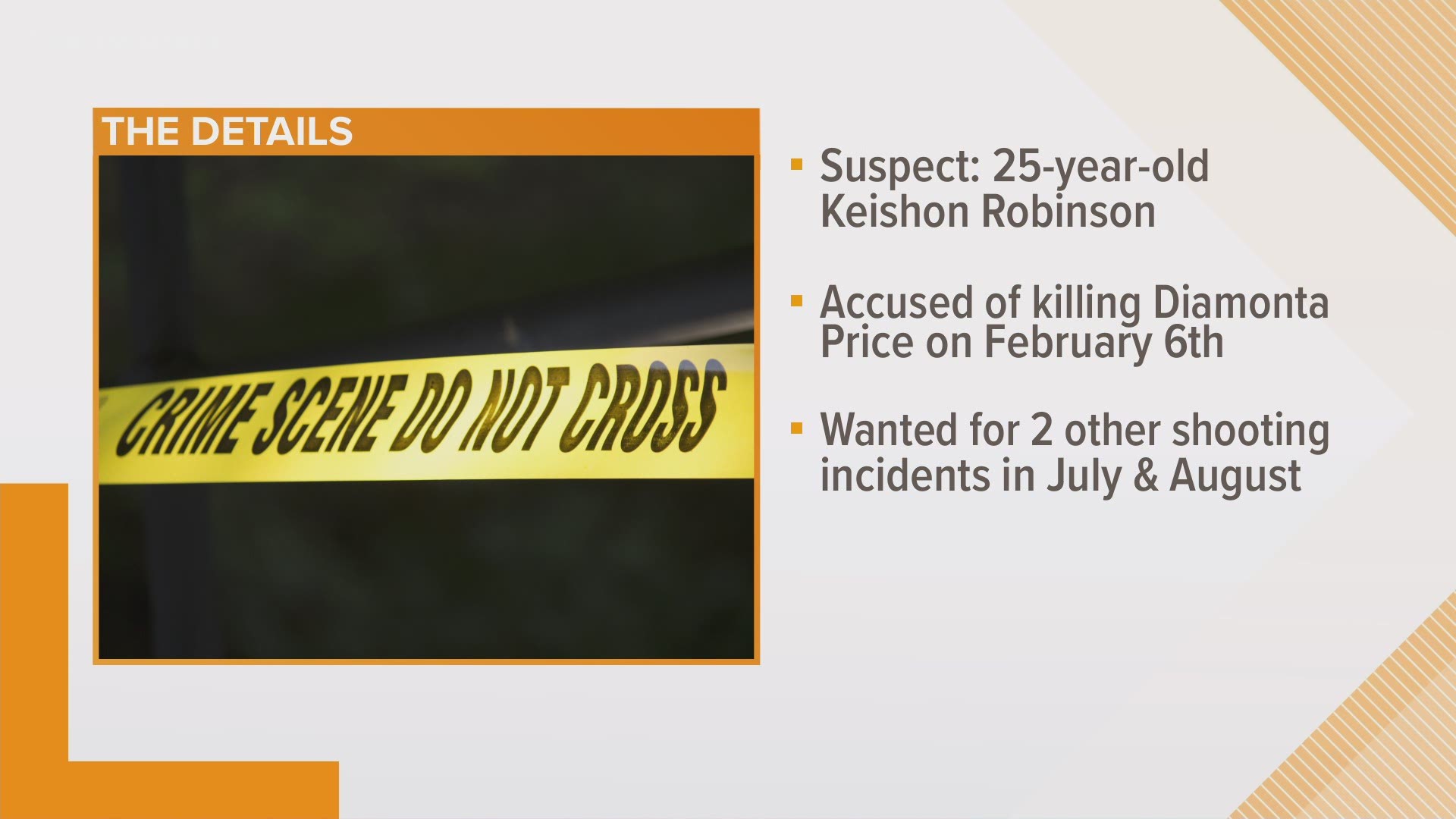 SUFFOLK, Va. — The man who was wanted for a murder that took place earlier this month was taken into custody Saturday morning.

Keishon Aljamonte Robinson, 25, was arrested in Southampton County on Saturday, Feb. 27 and was taken to the Western Tidewater Regional Jail where he is being held without bond at this time.

Police said Robinson is facing first-degree murder and weapons charges in connection with the shooting death of Diamonta Christopher Price.

The City of Suffolk Police, City of Franklin Police, Southampton County Sheriff’s Office and the Virginia State Police all assisted in his arrest.

At first, police only identified Robinson as a person of interest when the crime took place on Feb. 6. Now, they're calling him a suspect in this case and have tacked on a murder charge to the list of charges he already faces.

On Feb. 6 around 12:07 a.m., officers were called to the 600 block of East Washington Street on Saturday to respond to a shooting.

When police arrived, they found 25-year-old Diamonta Christopher Price who was suffering a gunshot wound. He was taken to the hospital to be treated for his life-threatening injuries but did not survive.

He is also wanted on several felony charges in connection with two separate shootings that happened last summer.

Each shooting also took place on East Washington Street and there were multiple cars hit by gunfire in both incidents. No one was injured in either shooting.

Officials added that Robinson's previous charges were both unrelated to the recent fatal shooting.