Police said that Tiffany Antonucci forced the boys to sleep outside in a tent as punishment, regardless of the weather. She's facing 15 child neglect charges. 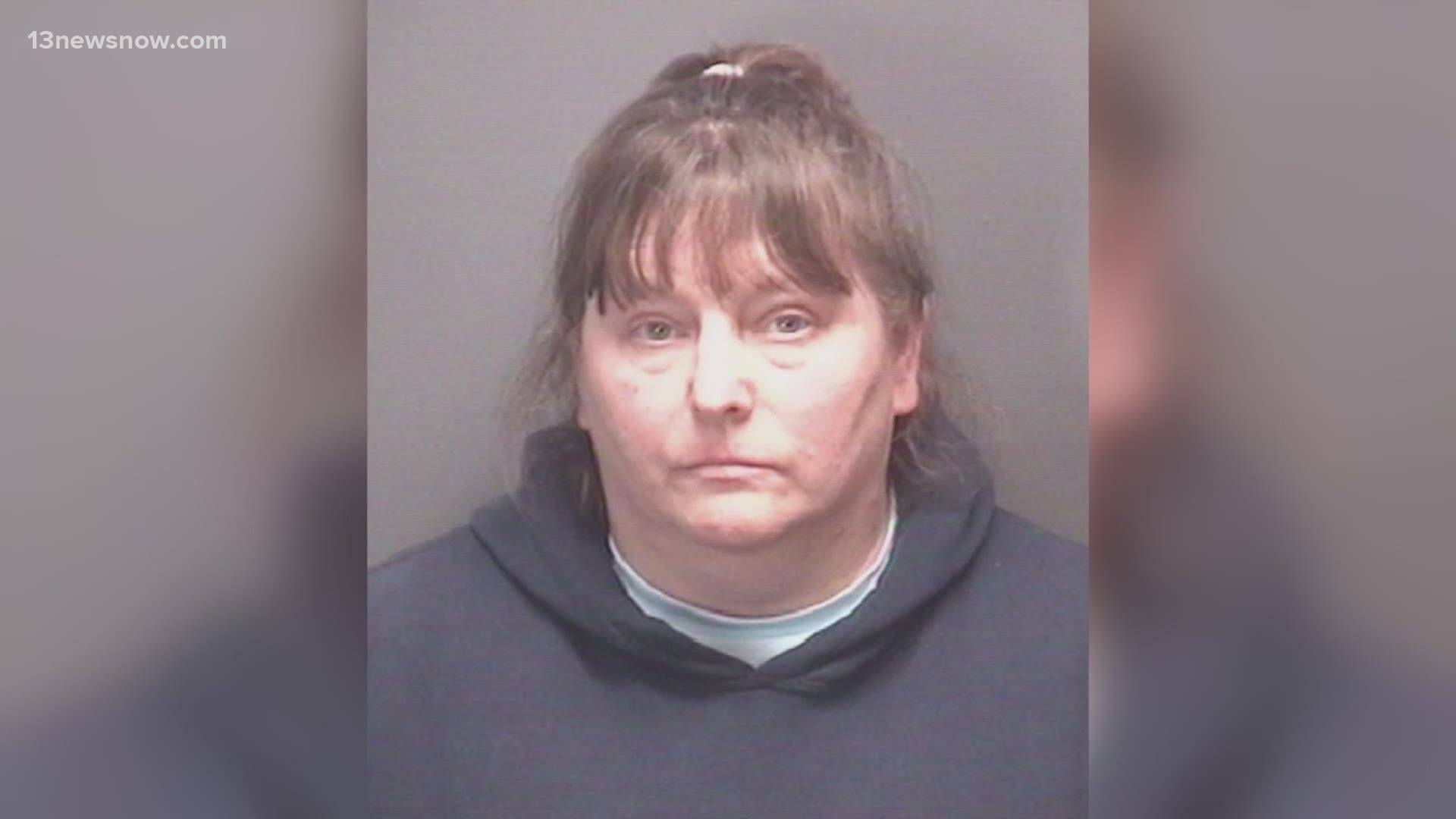 SUFFOLK, Va. — Suffolk police have arrested a woman who faces a slew of child neglect and abuse charges.

Tiffany Alexandra Antonucci, 52, was arrested on 15 charges, including:

The arrest comes after officers conducted a welfare check at a home in the 500 block of Valor Court on Monday. Dispatchers got a call about some potential child abuse and neglect taking place there.

Investigators found out that two boys were forced to sleep outdoors in a tent as a form of punishment no matter what the weather was like. Officers also found poor living conditions inside the home. The boys weren't hurt in any way.

Antonucci appeared in Suffolk Juvenile and Domestic Relations District Court Tuesday morning. Court documents reveal someone called police and said Antonucci mentioned she punished her two boys by forcing them to sleep outside in a tent.

The criminal complaint states Antonucci admitted it to police, but told an officer she thought it was OK because her son is a Boy Scout.

Neighbors did not want to be interviewed on camera. Three of them said they noticed the tent in the front yard, but they did not know if the boys slept in it overnight.

By Tuesday, the tent was no longer in the front yard of the home.

Antonucci's LinkedIn profile says she is a computer lab instructor with Suffolk Public Schools. A “Tiffany Antonucci” is listed as an employee on the website of John Yeates Middle School in Suffolk.

The school division provided us with this statement:

Suffolk Public Schools is aware of the current allegations and charges and will not have any comment until the investigation is completed, with respect to the due process of the legal system.

Child Protective Services is a part of the investigation. Police haven't said how Antonucci is related to the children, but a criminal complaint filed in Suffolk Juvenile District Court refers to her as the mother.

A responding officer reported the interior of the home had a “strong odor of cat urine and feces”, “trash all over” and “cat litter, food, and flies throughout the home,” according to court records.

She was being held at Western Tidewater Regional Jail Tuesday.