Officers are working to track down two men who robbed a convenience store in Portsmouth. One was armed with a large knife. 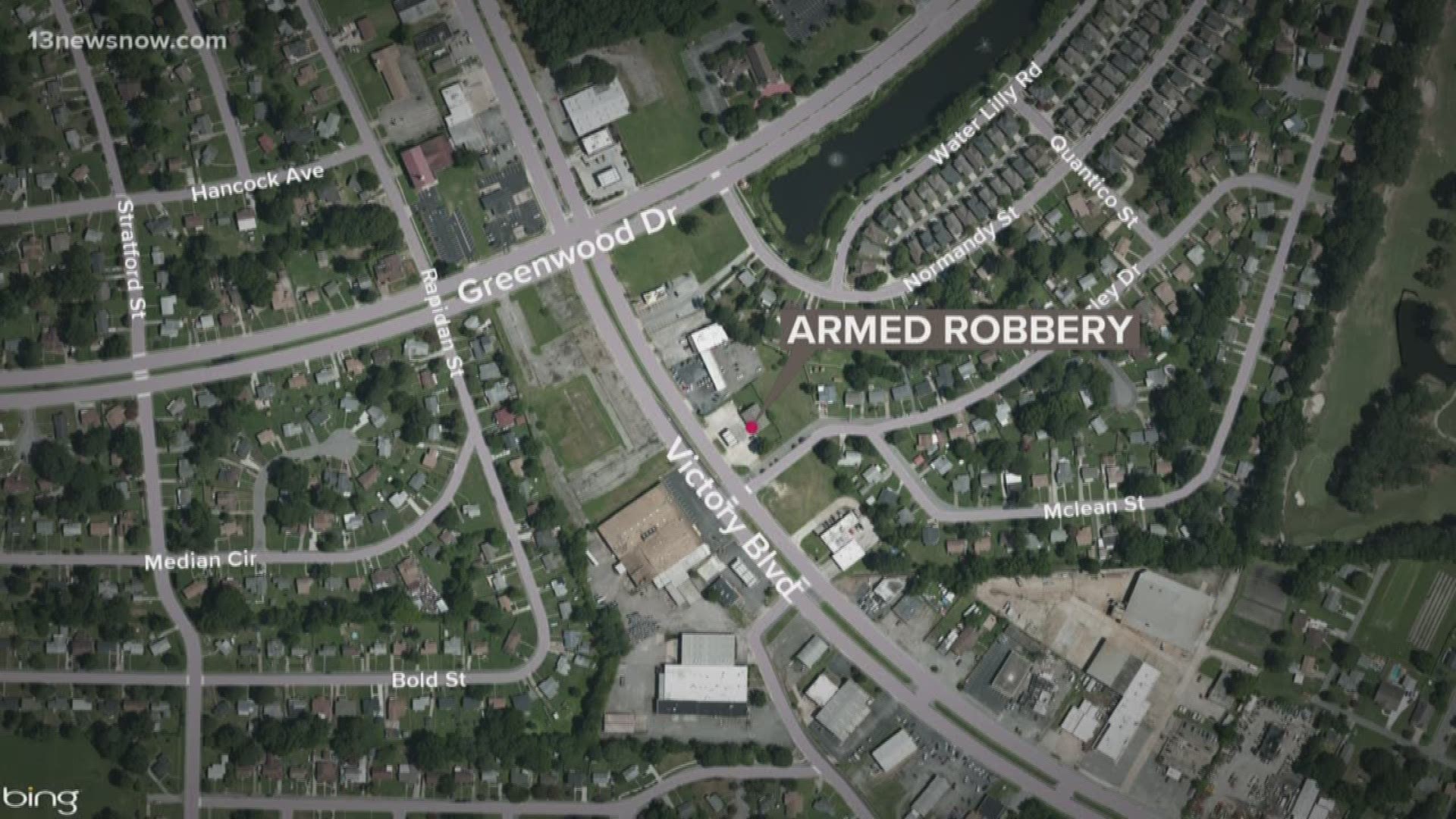 PORTSMOUTH, Va. — Police are working to learn more about a robbery that took place Monday night at a convenience store in Portsmouth.

Dispatchers say two men robbed the Happy Mini Mart on Victory Boulevard just before 8 p.m. One of them was armed with a large knife and demanded money.

The suspects left the store with an unknown amount of cash. No one was hurt.

The first suspect is described as a black male standing somewhere between 5'8" and 5'10". He was last seen wearing a black hooded jacket, black pants and green and white tennis shoes with purple laces and a white cloth covering part of his face.

The second suspect is described as another black male standing between 5'6" and 5'8" tall. He was seen wearing a burgundy hooded jacket, black pants, black tennis shoes, orange gloves and a black cloth covering part of his face. This suspect was also carrying a black bookbag.

Surveillance video capturing the suspects was released. You can watch it below: 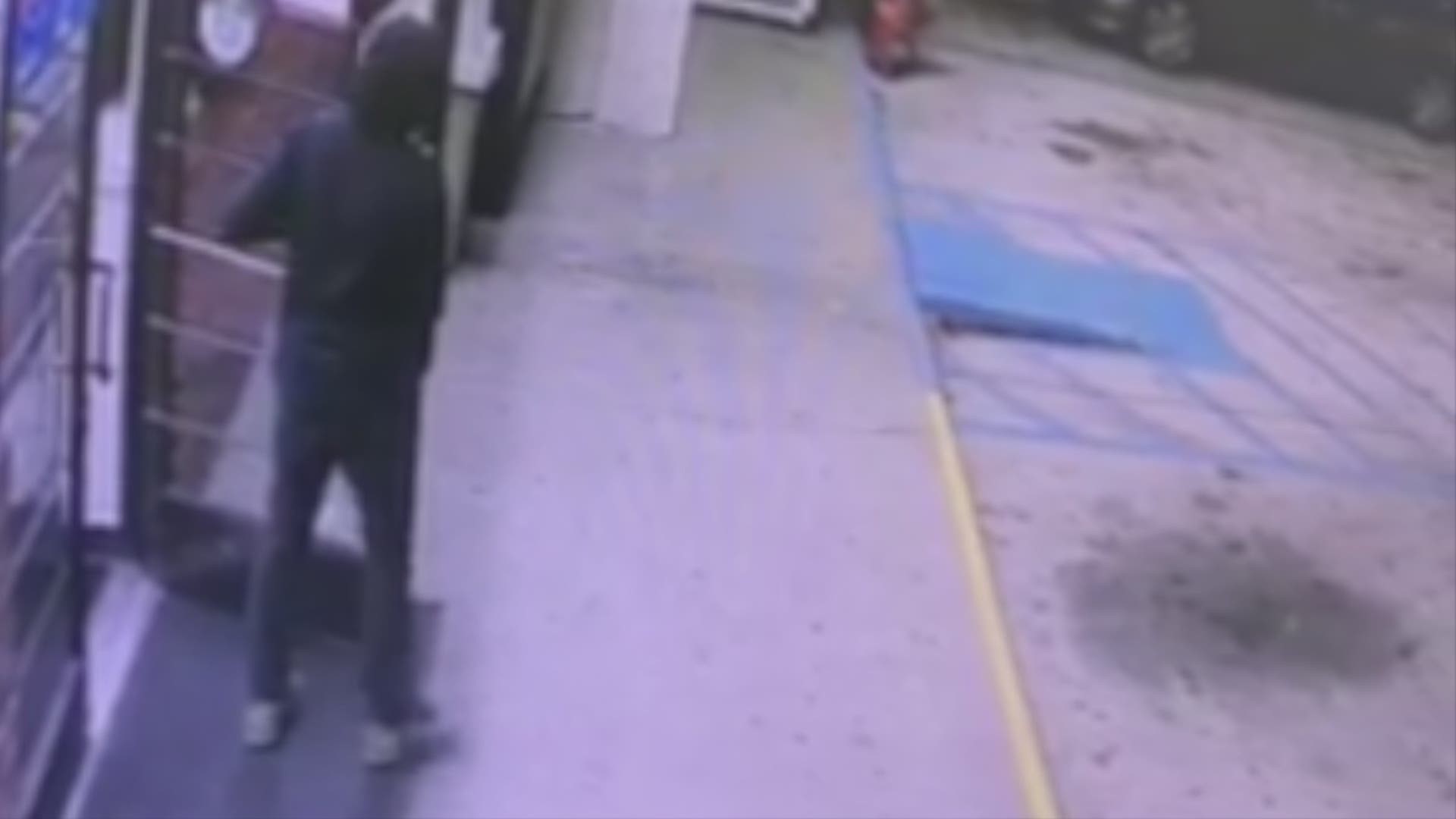