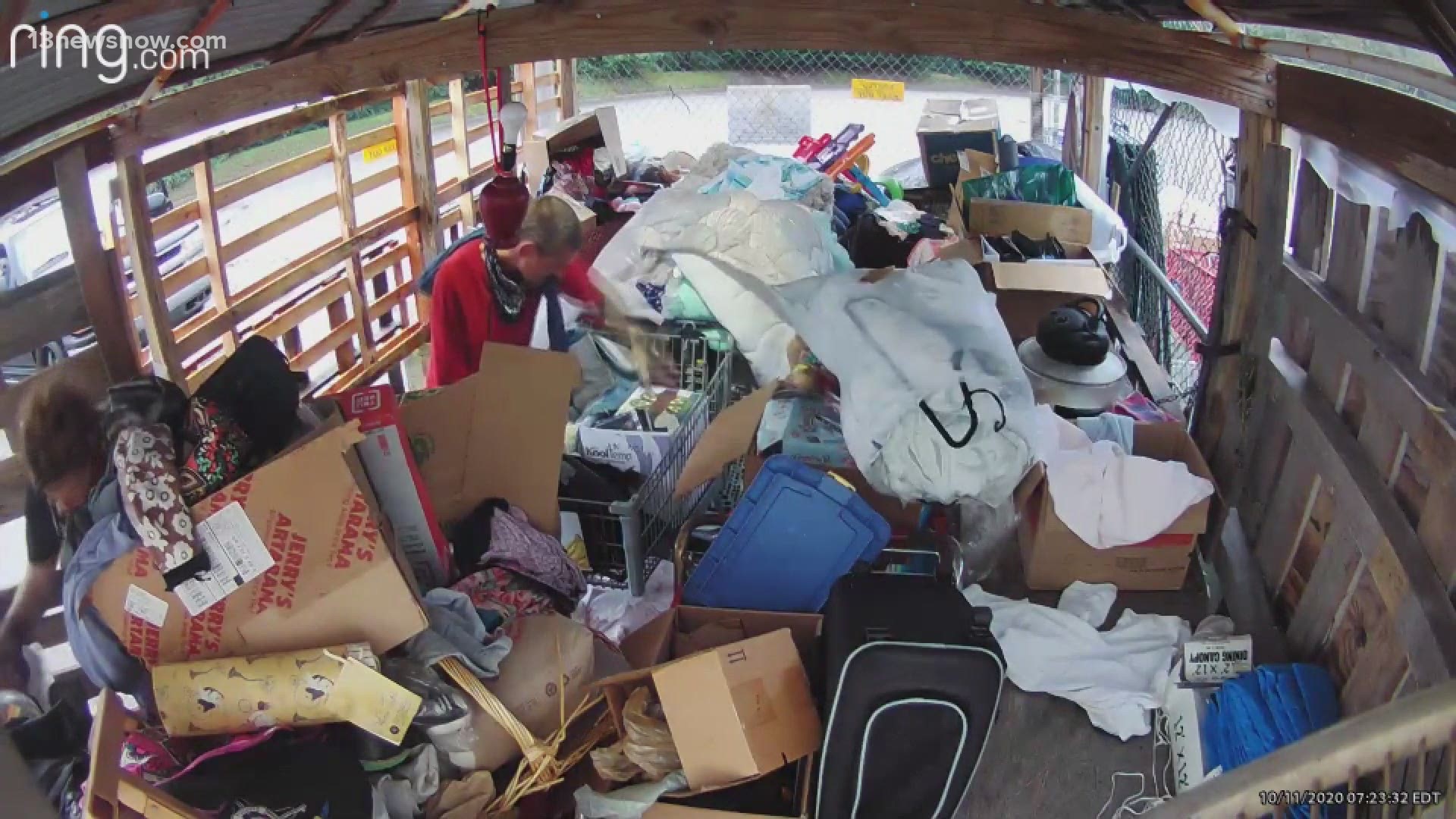 VIRGINIA BEACH, Va. — The owner of a local thrift store that helps those in need in the community, says two thieves broke into her building and stole thousands of dollars worth of donated items.

Lisa Engelhardt, the owner of Second Chance Community Thrift store, said it happened this past Sunday and it isn't the first time it has happened.

“It happens hourly over there, it seems like every night there’s an issue,” she said. “They rolled up to the donation barn over at Second Chance Community barn and they just broke the door down. And went in and they spent 45 minutes rifling through donations that were just dropped off. And they filled their car up and took off.”

The barn is filled with everything from clothing to furniture, and all of it is donated by the community.

“Probably four to five thousand dollars worth of stuff," Engelhardt said. "It was a lot. I was surprised because we had just received a community garage sale.”

Engelhardt, who also owns JCOC Community Thrift, said she sells the items and uses the proceeds to help fund JCOC's charitable programs for people in need, as well as local animal shelters

The stores also gives away items to people who need them.

“So if someone needs a pair of shoes - we actually have a pair shoes waiting for somebody that they’re going to come pick up today - or if they need items for their new house, they can get vouchers and they can come in and shop,” she said.

Engelhardt posted photos online and with help from the community, she says the culprits have been identified.

She’s just waiting to get an update on the investigation from police.