Both victims were taken to the hospital and were expected to be okay. 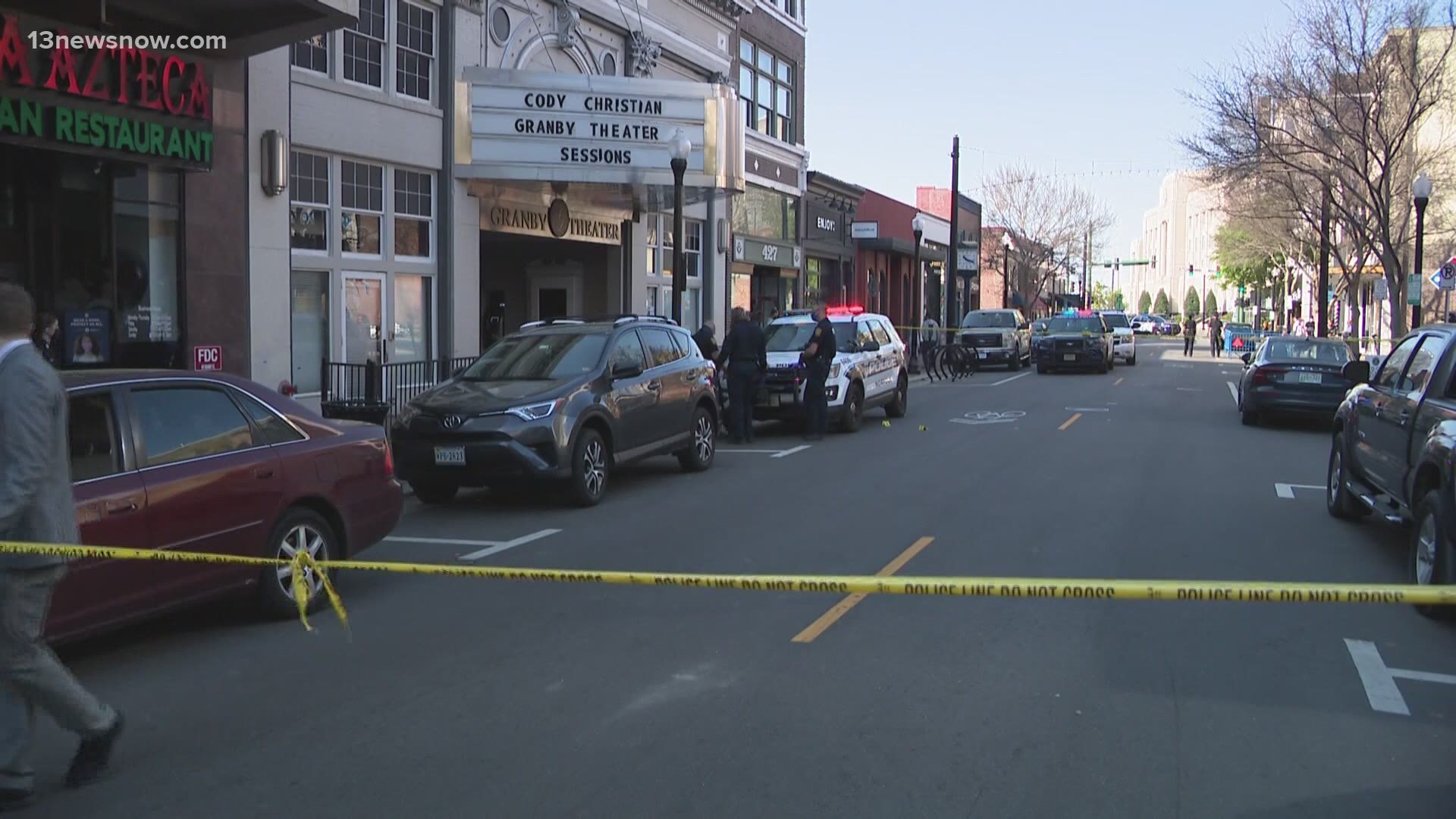 NORFOLK, Va. — The Norfolk Police Department is investigating a double shooting that happened in Downtown Norfolk on Wednesday afternoon.

A tweet from the department said two men were shot in the 400 block Granby Street around 4:20 p.m. That's not far from the Norfolk Scope Arena.

Both victims were taken to the hospital and were expected to be okay. Police didn't share their identities.

Based on a preliminary investigation, police say the men were crossing the street when someone inside a passing white Hyundai Genesis opened fire on them. The vehicle then fled southbound on Granby Street before police arrived.

Two guns were found at the crime scene.

Detectives say the shooting is being investigated as an isolated incident. There's no word on a motive at this time.

In a statement Wednesday night, Chief Boone said the following:

“The Norfolk Police Department is committed to guarding the safety of those who live in and visit all areas of our City. As recent events illustrate, no area of our city or in Hampton Roads is immune to gun violence. Hope deferred makes the heart sick. Hampton Roads has a problem with guns getting into the hands of those who have lost hope. I want to underscore these are not random shootings, but shootings committed by selfish individuals with no regard for the sanctity of life. We MUST come together as a community to address this very serious public health issue.”

If you know anything that might help investigators, call the crime line at 1.888.LOCK-U-UP or submit a tip online at P3Tips.com. Tipsters can be anonymous, and sharing information that leads to an arrest could make a caller eligible for a reward.