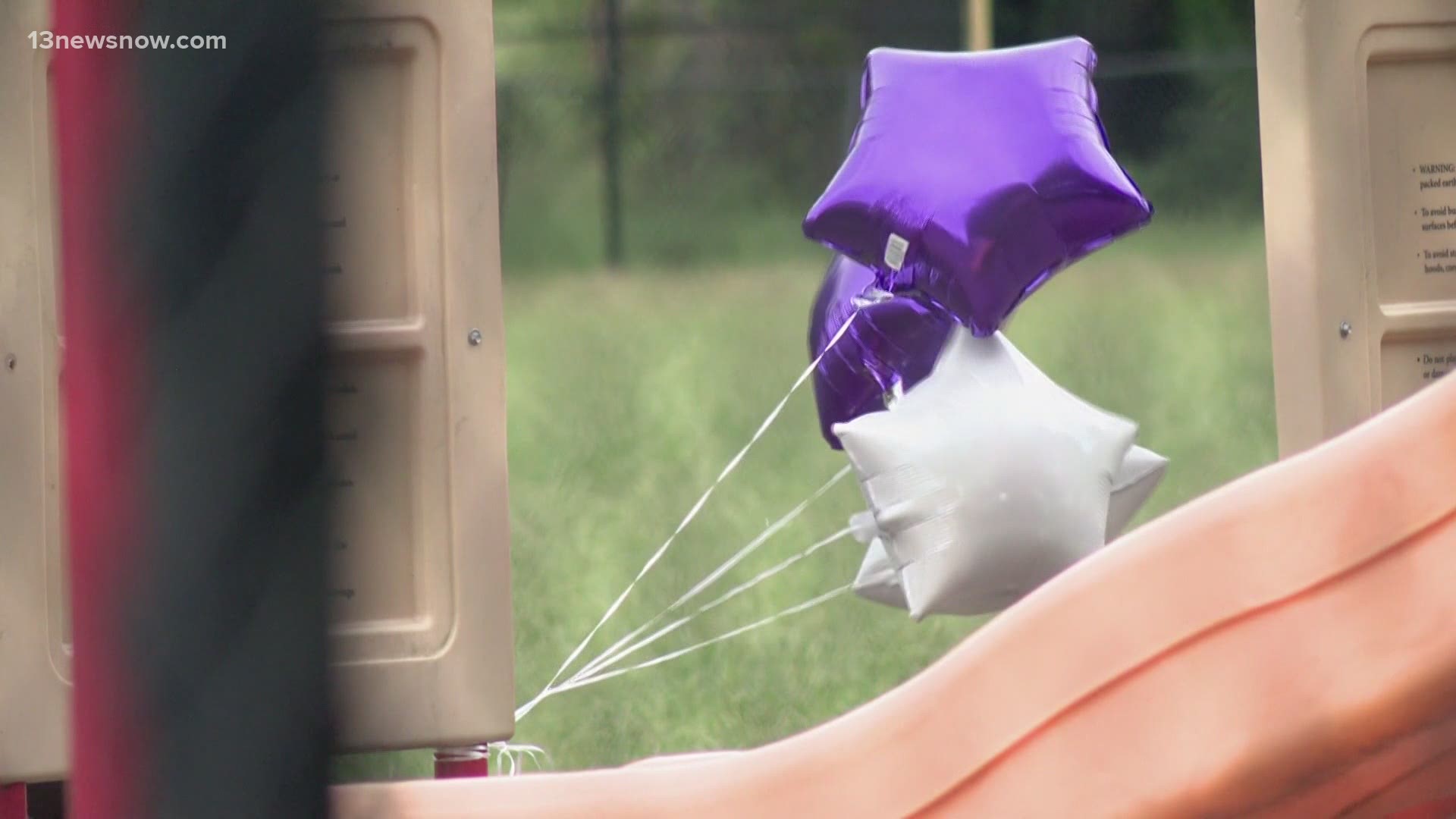 NORFOLK, Va. — Editor's note: Norfolk Police originally identified the victim as a 17-year-old girl, but the girl's father tells 13News Now she was 15.

Police said they arrested two teenagers who are charged in connection to the deadly shooting of a 15-year-old girl at a playground.

The shooting happened Tuesday around 4:50 p.m. in the 900 block of Pollard St. in Lindenwood. When officers got there, they found the 15-year-old girl who'd been shot. She died on the Pollard Street Playground.

By Tuesday evening, police said they had someone in custody for the shooting. On Wednesday, they said they arrested a 16-year-old girl and 13-year-old boy on charges related to the teen's death.

Both were at the Norfolk Detention Center Wednesday evening.

Derek Kirksey said he is the victim’s cousin and that he noticed a person lying on the ground Tuesday. That's when he realized it was his cousin.

“My emotions are still high. All I could see is that little girl’s face, that smile, a freshman in high school that didn’t get a chance to fulfill her dreams, her goals,” said Kirksey.

Wednesday, people in the community dropped balloons off at the park where the shooting happened.

“This has got to stop it starts within,” said Kirksey.

“Since July, there have been several cases of gun violence involving young people.

The 15-year-old girl was the ninth teenager killed in Norfolk since the beginning of the year.

“When your kids can’t come to a park and play, and be safe. That’s a problem,” said Kirksey.

Bilal Muhammad, a community leader with Stop the Violence organized a rally Wednesday night to call for an end to youth gun violence.

“We’re asking the community to have a broader outlook that this is a serious situation now, because we’re looking at our future,” said Muhammad.