Officers charged Kristin Hailee Farris, 21, with a misdemeanor violation after she fed a black bear while on vacation in Gatlinburg. 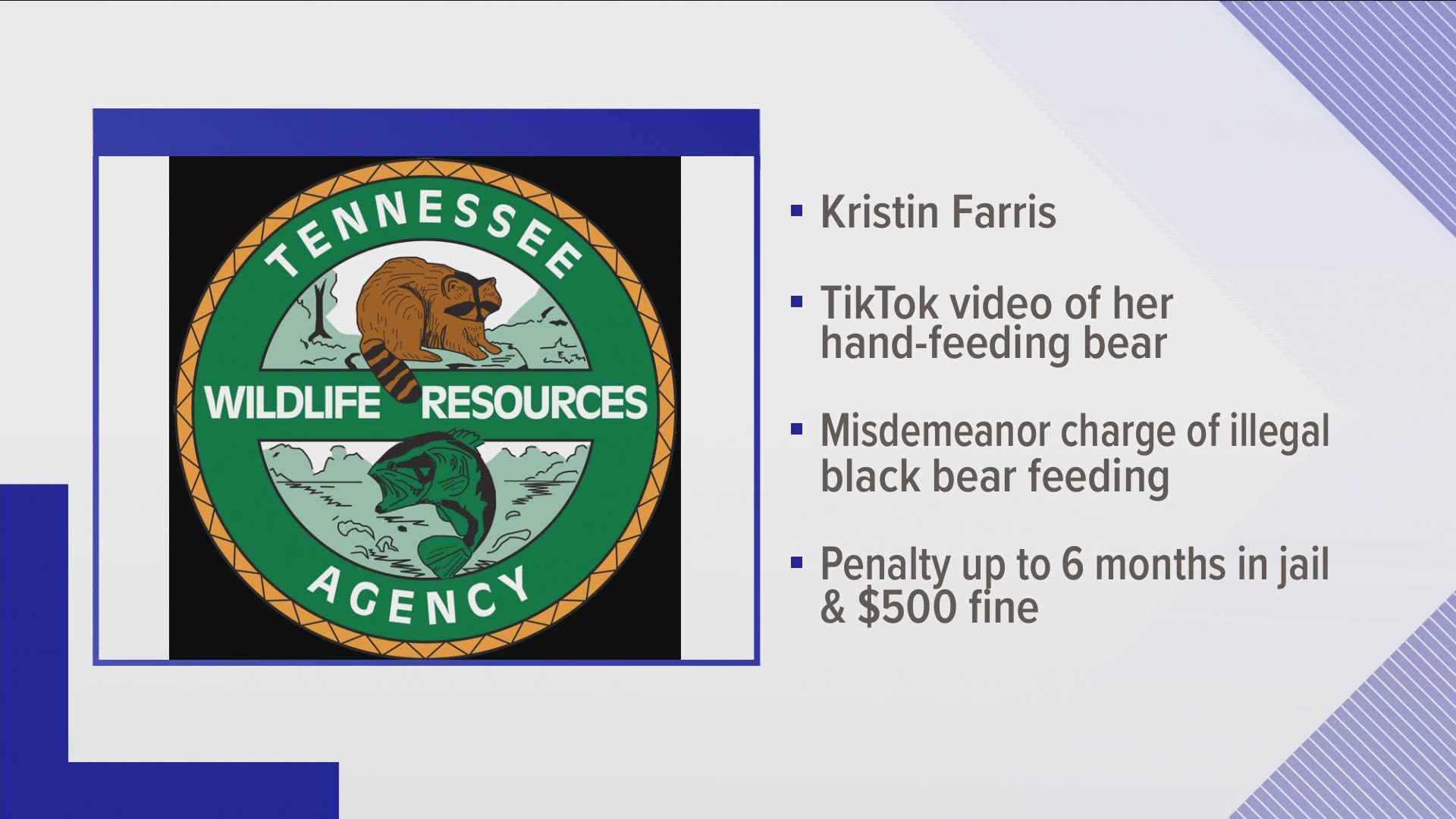 GATLINBURG, Tenn. — The Tennessee Wildlife Resources Agency said that a woman from Virginia was charged with a misdemeanor after she fed a black bear while on vacation in Gatlinburg.

Kristin Hailee Farris, 21 years old, from Danville, Va., was filmed intentionally hand-feeding watermelon, chocolate and other food to a black bear in Gatlinburg, according to a release from TWRA.

The video went viral on TikTok, the video-sharing and social media app, and was viewed over 500,000 times.

She has been charged with illegal black bear feeding, which can carry up to six months in jail or a $500 fine, according to a release. Officials said she will be required to return to Sevier County for booking.

“The overwhelming desire to have a close encounter with a black bear is strangely more powerful than common sense,” said Sevier County Wildlife Sgt. David Sexton. “Many people intentionally feed bears with little regard for the dire consequences to the bears and humans they leave behind.”