Police: Accused drunk driver had child in SUV when he hit subcontractor in VDOT work zone in York County

Virginia State Police said Keiron Pollard drove behind a jersey wall and hit the worker. Pollard had a 4-year-old child with him. Pollard's SUV ran out of gas 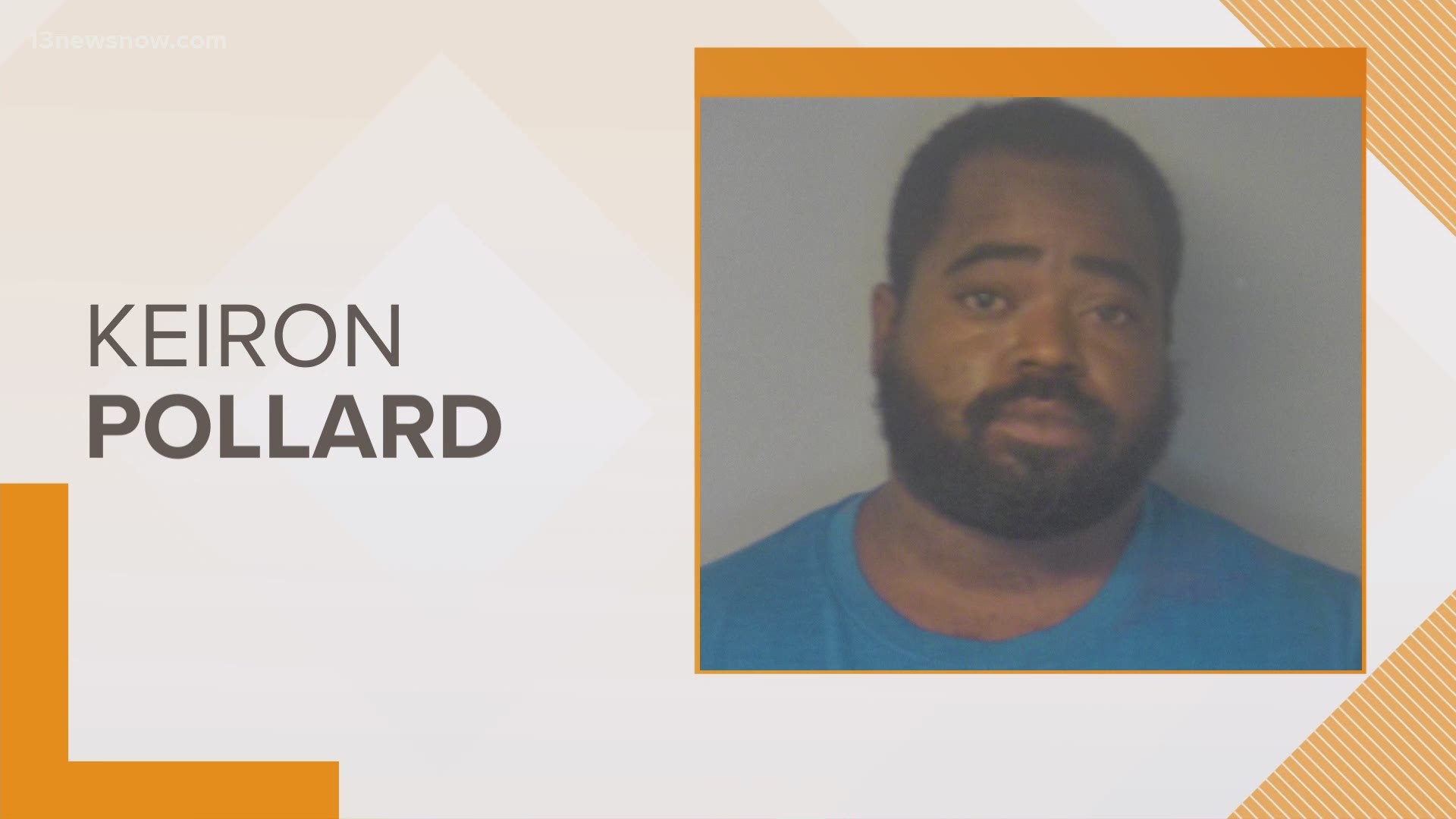 YORK COUNTY, Va. — Sunday, Virginia State Police said a VDOT subcontractor who was hit by a drunk driver in a work zone in York County Saturday should recover from his injuries.

Medics took Richard Hogue of Lanexa to Riverside Doctors Hospital. A crew then flew him to the VCU Medical Center in Richmond.

Police said around 1:30 p.m. Saturday, they received several calls that the driver of a Chevrolet Suburban had steered the car into a work zone that was separated from the travel lanes of I-64 West by a jersey wall, hit someone, then kept going.

That was near the 236 mile marker, which is between the Lightfoot and Williamsburg/Camp Peary exits. Troopers found the SUV on exit ramp 234, a few miles from the work zone, after it ran out of gas.

Police arrested Keiron Pollard of Williamsburg, the driver of the SUV. Trooper said while they were interviewing him, he "was found to be intoxicated while driving with a 4-year-old child in the vehicle."

The preliminary investigation indicated Pollard may have driven around traffic cones and behind the jersey wall to avoid traffic congestion.

Pollard, 30, has been charged with felony hit and run, a second offense of DUI, reckless driving and child endangerment.

He was taken to the Virginia Peninsula Regional Jail, where he is being held without bond.