Do you know this man? Police in Virginia Beach say he robbed a woman at gunpoint as she was placing her young child in her car. 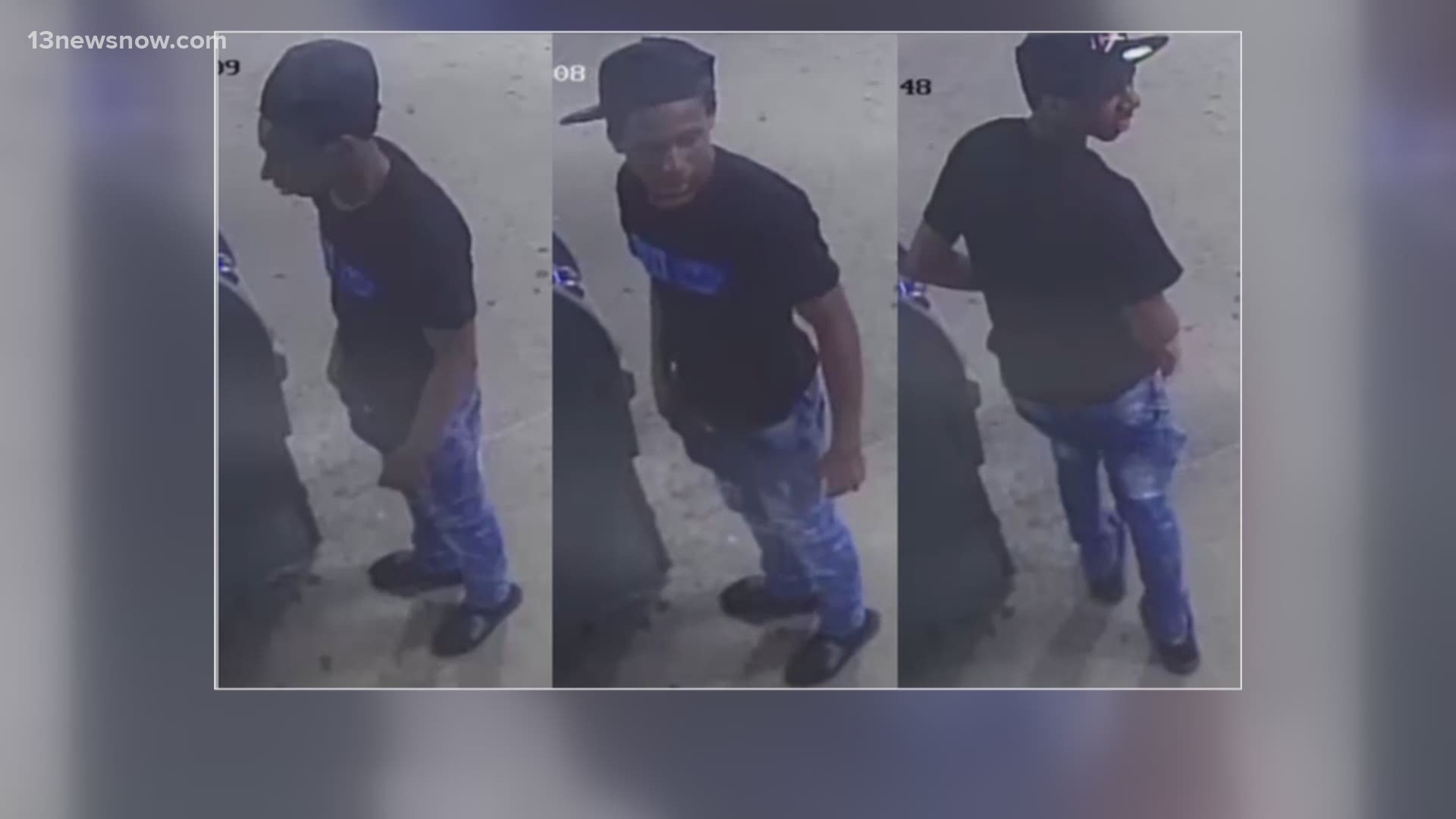 VIRGINIA BEACH, Va. — Police are asking the public's help to ID a man they say robbed a woman at gunpoint in Virginia Beach.

The robbery happened Monday around 5:20 a.m. in the 100 block of Sac Lane. Police say the woman was placing her toddler into her car when she was approached by the suspect, who was armed with a gun.

The man demanded money and fled after taking the victim's purse.

Police say the suspect is between 25 and 29 years old, approximately 5'8" in height, and weighs 175 pounds.  He was seen wearing a black short sleeve shirt with faded pants and also a flat-brimmed baseball cap.

If you recognize this man or have any information about this crime, police ask that you call the Crime Line at 1-888-LOCK-U-UP. You can also submit a tip via p3tips.com or by downloading the P3 Tips app available in Apple iTunes and Google Play Stores.