Virginia Beach woman, father accused of going into US Capitol during Jan. 6 riot

The FBI is charging a Virginia Beach woman, Meghan Rutledge, and her father Tom Bostic, who are accused of participating in the capitol rots on Jan. 6. 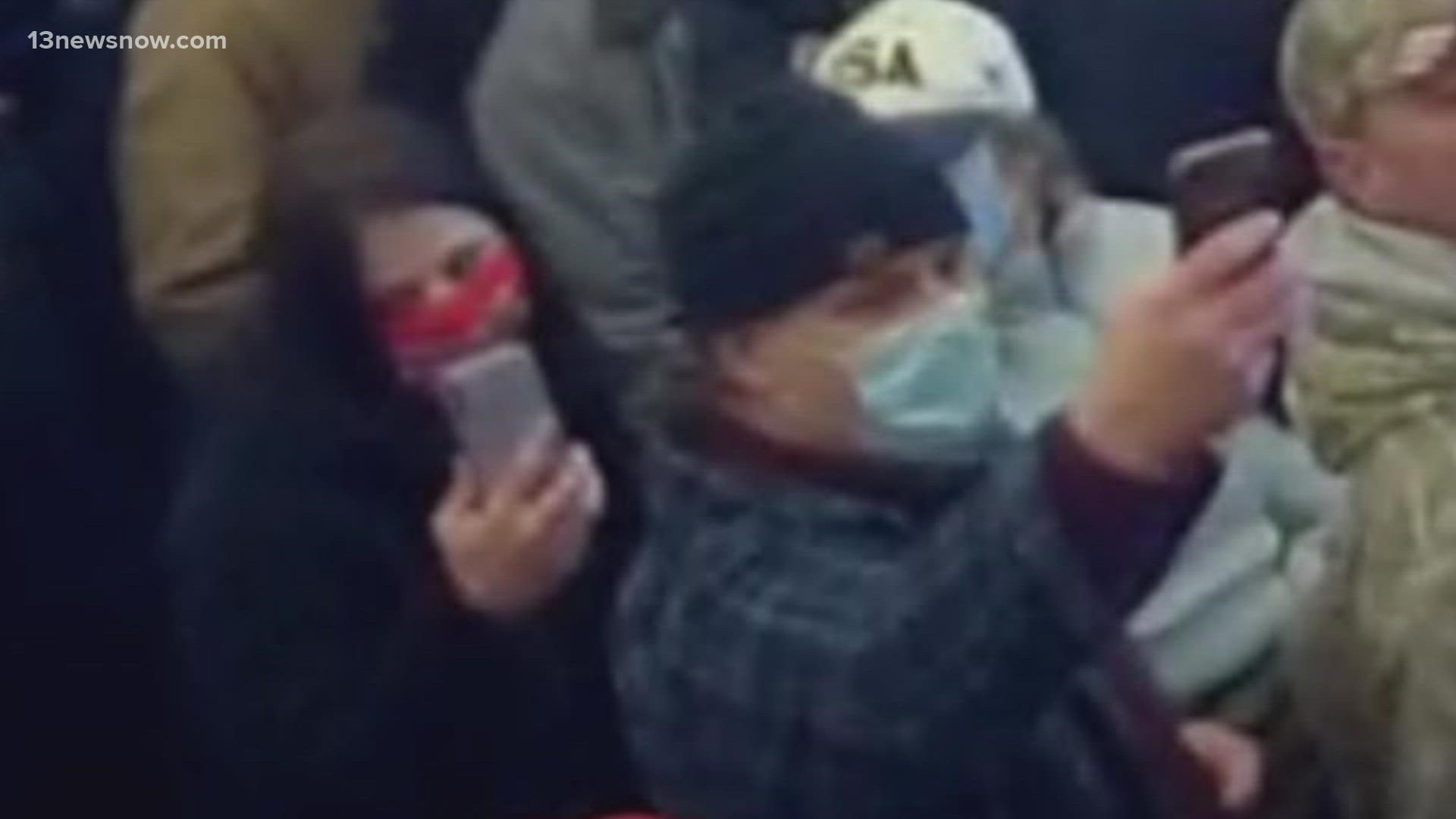 After reviewing tips, security footage from the U.S. Capitol and social media posts, the FBI is charging a Virginia Beach woman and her father with participating in the capitol riots on Jan. 6.

The FBI's criminal complaint includes a post that appears to be from Meghan Bostic Rutledge's Facebook page, which says "After miles and miles of walking and climbing and climbing some more we made it inside the capitol building . What an experience for the books."

The Facebook account was deleted before agents could ask the company to preserve her page, but investigators were able to work from screenshots of her posts.

The FBI agent compared photos she posted to people who were known to be inside the capitol building that day, and showed several examples of how her photos match scenes from other security footage.

People who had known her for "a significant period of time" also identified Rutledge as a person in those photos inside the capitol.

The investigators pegged Rutledge's father, Willard "Tom" Bostic, as a suspect when he opened the door for an agent wearing what appeared to be the same shirt as a person filmed in the capitol riots.

The report said on the same day as the riots, his cell phone pinged off a tower that gives service to the U.S. Capitol Building.

The agent also wrote that there was probable cause to say Bostic and Rutledge uttered loud, threatening or abusive language or engaged in disorderly conduct at any place in the capitol buildings with the intent to disrupt a session of Congress.