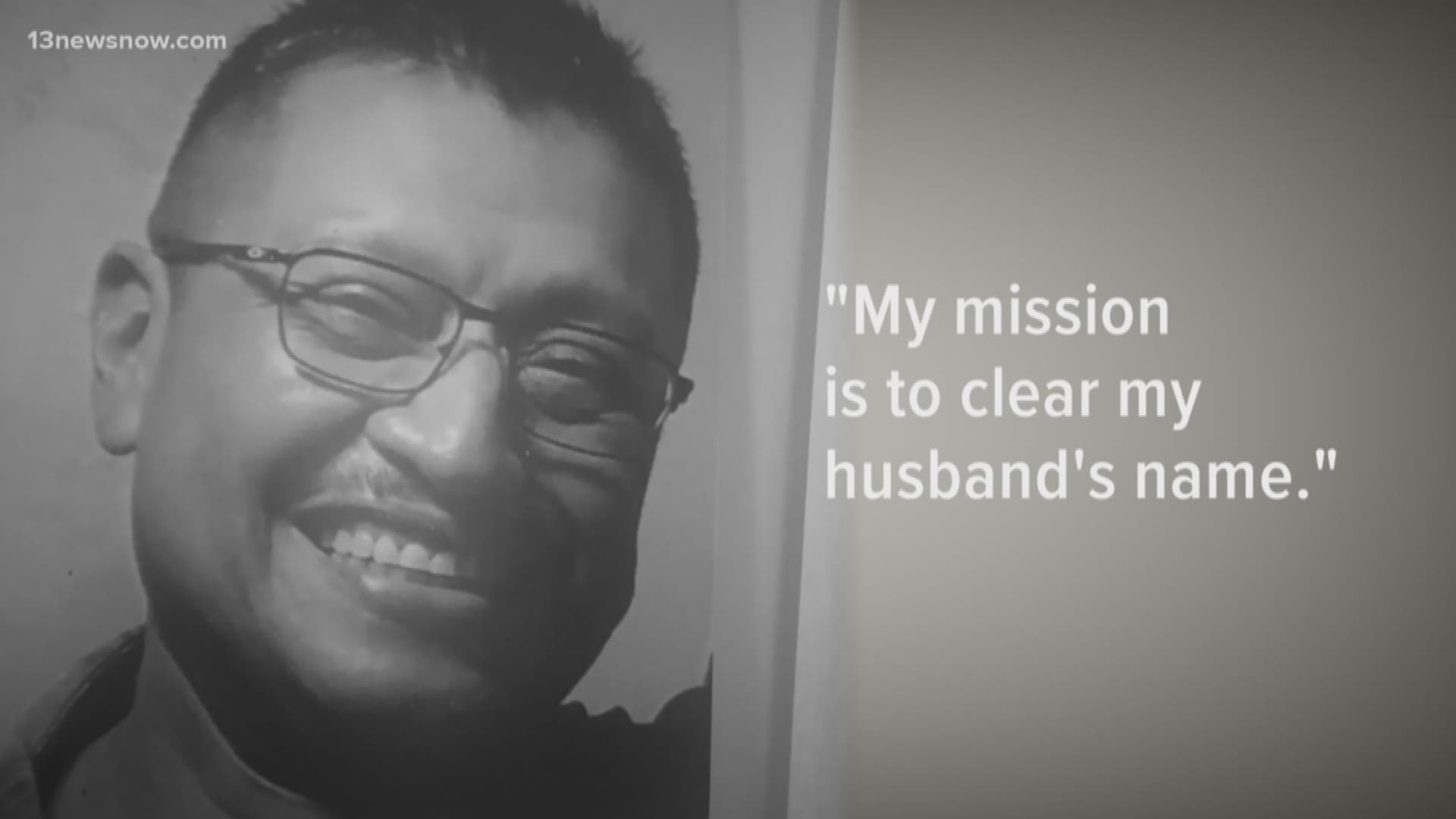 VIRGINIA BEACH, Va. — The wife of the Virginia Beach man who was killed after a brief standoff with cold-case police officers from Maryland is speaking exclusively to 13News Now.

Hans Huitz died when he was shot by Montgomery County, Maryland police officers attached to a U.S. Marshals Task Force on the morning of February 12. Police say Huitz was the prime suspect in a 1992 homicide of 57-year-old Comus, Maryland store owner James Essel.

Essel was stabbed 29 times and his cash register at Sugarloaf Mountain Market was ransacked on March 22, nearly 28 years ago. Blood from the suspect was left at the scene.

In 2017, investigators used the DNA evidence and genealogy mapping to start closing in on Huitz as their guy. The years-long hunt for the person who killed Essel culminated with Huitz being shot and killed in his car during a confrontation with officers in his Virginia Beach neighborhood.

Huitz purportedly produced a gun while in the car and officers fired at him.

There are a lot of questions as to what transpired that morning between Huitz and the officers. There are also questions about why Huitz allegedly killed Essel all those years ago.

Essel's daughter, Perpetua Edwards, told our sister station WUSA9, "Of course we want answers. We want to know why, and we may not ever know why it happened the way it did."

She was married to Hans Huitz for the last six years, but has known him since they were both children, she told 13News Now reporter Madeline David.

She said she had never heard about this 1992 incident until after her husband's death and is still stunned at the allegations.

She would not go on-camera, citing the investigation into her husband's death, but she did write this statement:

"First, I would like to give my deepest condolences to the Essel family. It is a horrible pain to bear. I am truly sorry for their loss.

My mission is to clear my husband's, Hans Huitz, name.

My husband was not a fugitive. He had never been arrested. He had a clean record.