With student performances, plus the unveiling of a new school mural, the moment marked a milestone at Camp Allen Elementary. 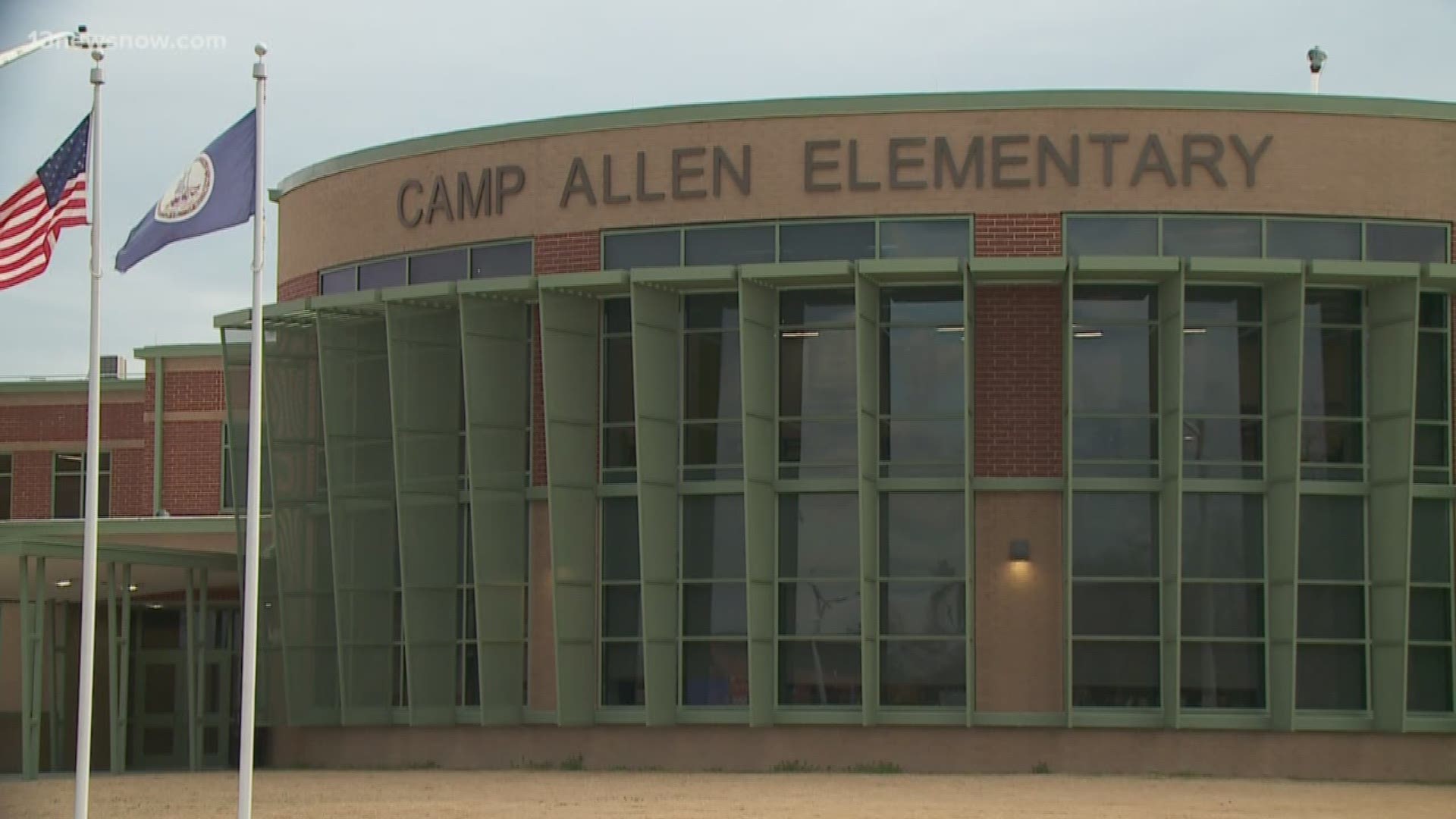 The federal program means that a Department of Defense grant made it possible for private and public entities to work together to build buildings like schools, recreational facilities, and more.

For Camp Allen, that meant that the grant covered about 80 percent of the renovations, which totaled out to $22,948,900. The City of Norfolk paid the remaining amount "which made the planning and construction of the new Camp Allen as smooth as possible,” said Norfolk Mayor, Kenny Alexander.

"We are always great because Dragons are great, but now we are greater,” Copeland said while referring to the school's mascot.

Copeland said their student body especially appreciates the support, because almost half of it is made up of military children.

"That says that there is a community at large that really values the educational system,” said Copeland.

With updated classrooms and more technology, the students said they feel the difference.

"The other school like felt depressing, but now it feels like we are the stars,” said student Emilio Stevens.

Now, this building serves as a mile-marker for a fresh start for more than 500 students and staff at Camp Allen.