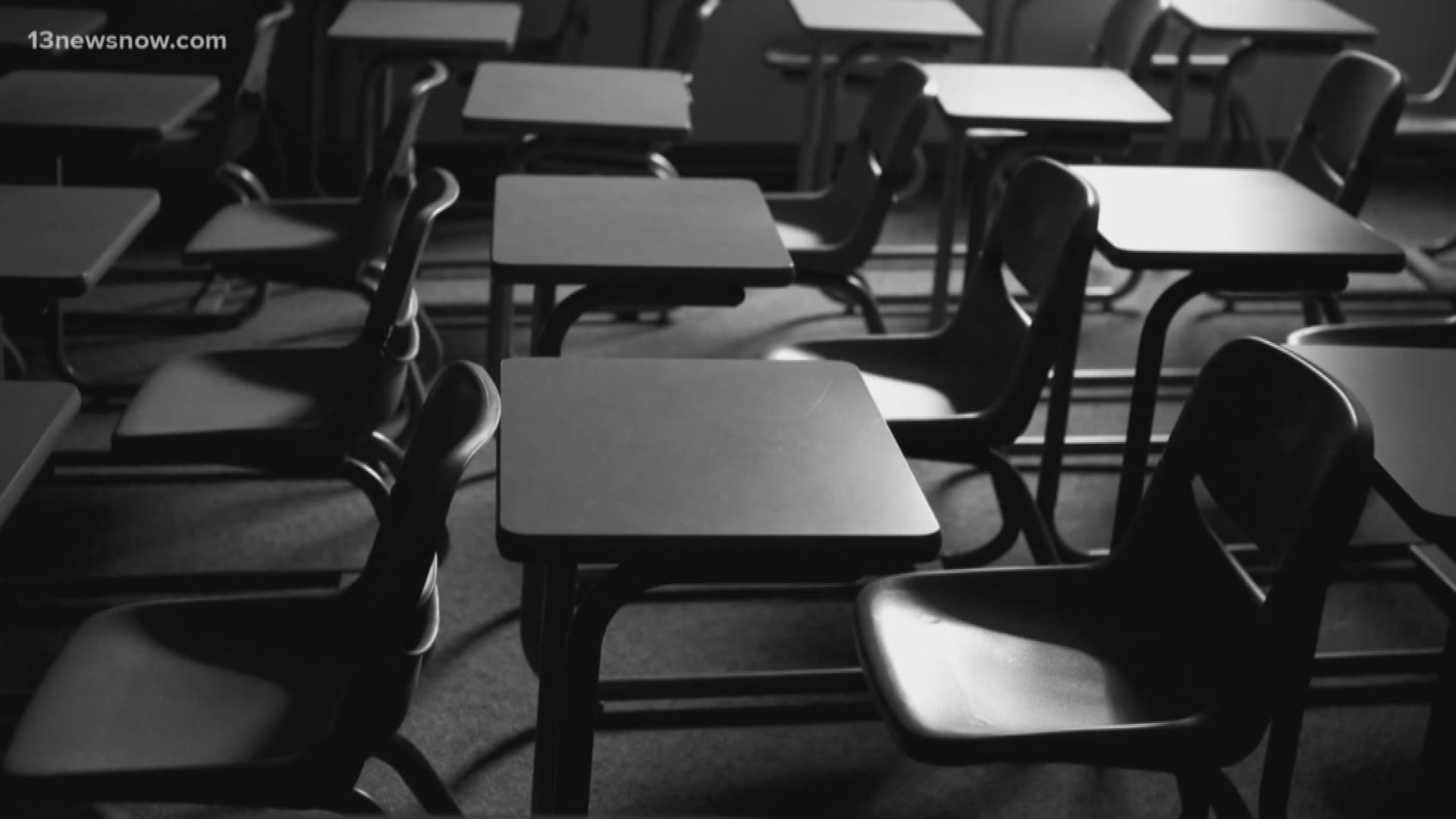 CHESAPEAKE, Va. — Since state leaders canceled school for the rest of the academic year, it’s created a busy day for parents who have multiple kids like Amiebrae Harmon.

"I make a terrible teacher,” said Harmon. She has a daughter in second grade, who’s enrolled in the school district.

"As soon as I set her up, the baby will need to be fed, or the two-year-old will just start screaming. So, it's hard to like juggle," Harmon explained. “I’m constantly texting her teacher like I don’t know what I’m doing.”

Now, Chesapeake Public School officials said they have an action plan to help. The first phase already happened, but it included checking in with families, to see who has a computer, so students could continue online work.

To be clear, parents can and should still report that information to the school district. Nevertheless, the district is in phase two now, which includes more teacher involvement and technology.

That means that teachers check in on their students every weekday either with a phone call or online.

What’s also new is that all teachers have access to Google meetings now. That means they can either video chat or message with their students on that platform to make sure their student is actually keeping up with course work during this time.

“It’s been a challenge, but for the most part we’ve been making it work,” said mother Bonita Billingsley-Harris.

Her daughter, Celina Harris is a 9th-grader in the district.

"If it wasn't like that, we'd probably forget everything and then next year we wouldn't be in good shape," Celina said.

For those who don’t have the resources, schools will start distributing Chrome books starting April 6.

Superintendent Jared Cotton said the school division is distributing those laptops by grade.

“We’re focusing on high school students right now with the devices we have,” said Cotton.

District officials said the worst-case scenario is that students can go back to old-fashioned handwriting in packets they are passing out now at food pick-up locations.

“We will have to collect hard copies for some of our students to show that they’ve mastered the learning," Cotton said.

“I went to the school this morning and I tried to pick one up, but they ran out,” Harmon said about trying to pick up a packet on Monday.

School officials said they’re still working to make sure all families get what they need before spring break.

That’s because teachers will start adding new content to their instruction, starting April 20.

Meanwhile, parents are doing what they can and finding gratitude in the experience.

"We definitely have a greater appreciation for teachers after this experience, that’s for sure," Billingsley-Harris said.