In the report, one study of 11 North Carolina school districts showed no cases of student-to-staff transmission during a 9 week period. 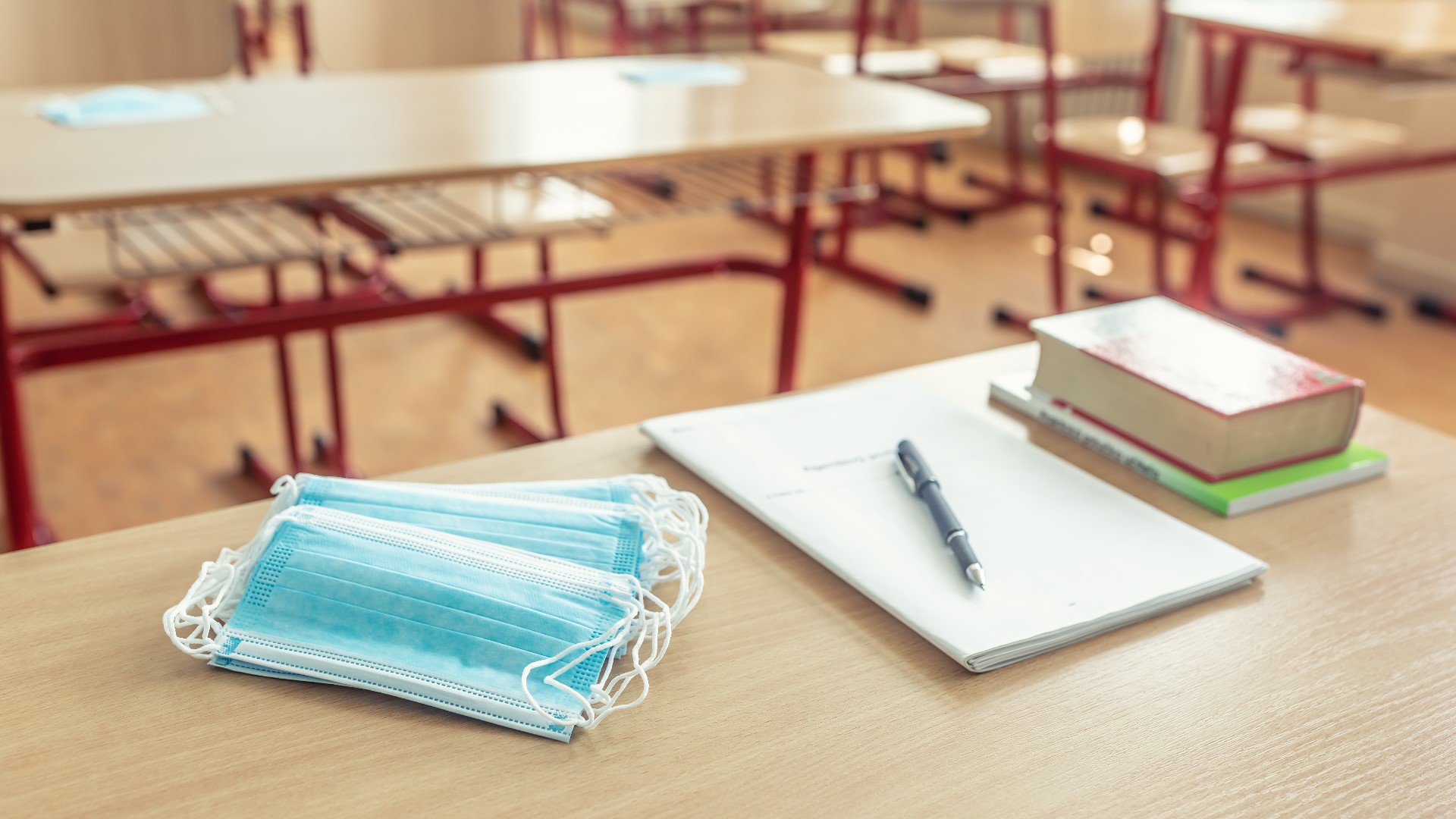 CHARLOTTE, N.C. — With more than two weeks until Charlotte-Mecklenburg Schools' scheduled return to in-person instruction, Mecklenburg County’s health director said Tuesday metrics in the community are high but moving in the right direction.

"We want to do everything we can to support the schools being able to open back up again but we want them to open up safely," Gibbie Harris said.

Hours later, the Charlotte Mecklenburg Schools Board of Education met to review Harris' latest advice, and new data from the school district's COVID dashboard. There was no mention by district officials of the new report by the Centers for Disease Control and Prevention that shows in-person instruction is safe.

CMS continues to be in the red for its COVID metrics database, which leaders use to decide when to open or close school classrooms.  There were 37 new cases in CMS students last week, and 73 new cases in staff, according to the data.

"Schools with at least one positive case over the last 14 days, we’re in red status with 109 schools," said Damon Willis, Manager of District Strategy for CMS, said in an update ahead of Tuesday night's Board of Ed meeting.

That’s about the same as the week before, but now, two schools have ten or more cases. And there are three CMS schools with active clusters.

"I know we're still in the red, but boy we aren't nearly as deep red as we were," board member Rhonda Cheek said Tuesday night. 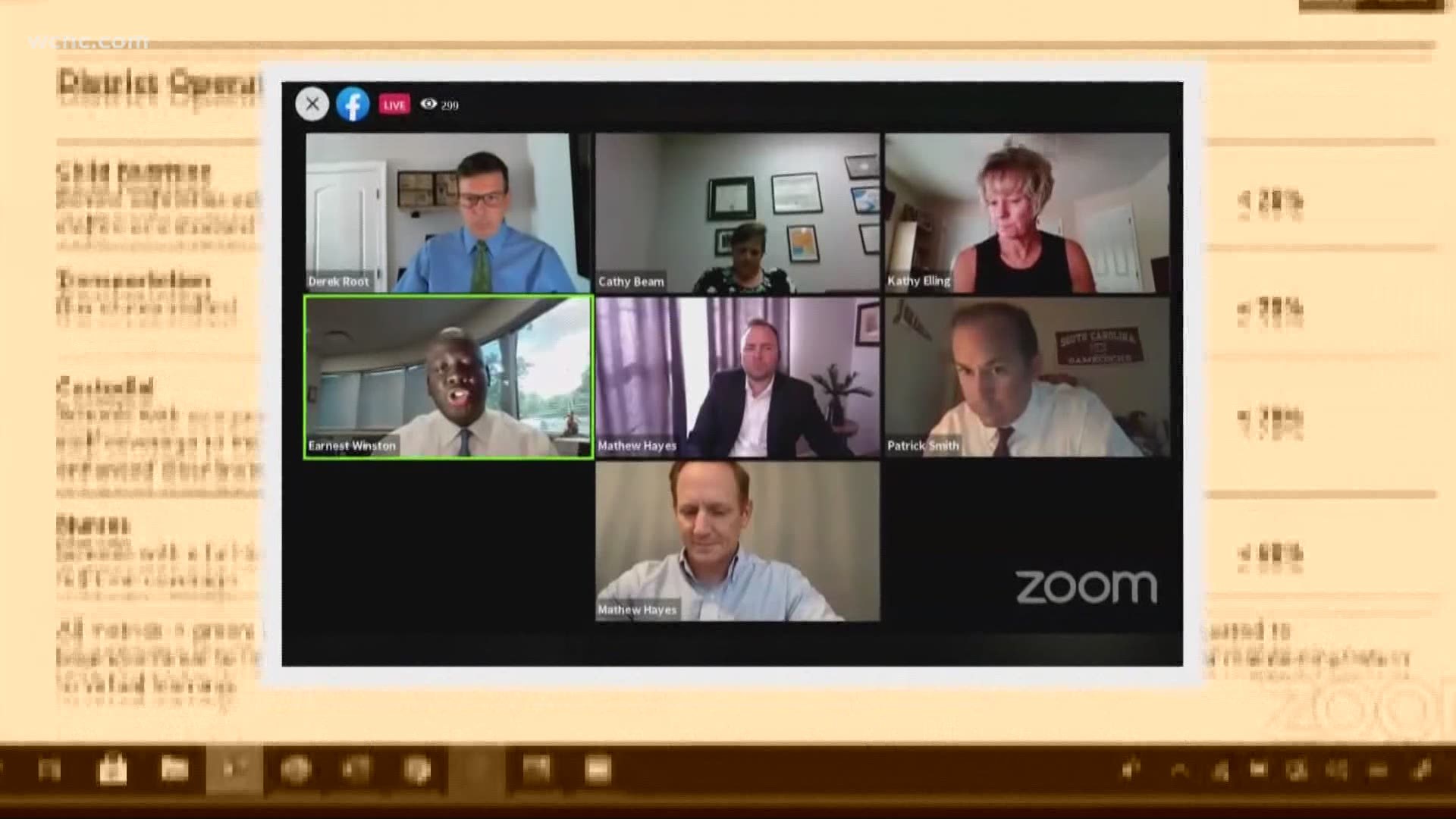 The new CDC report, published Tuesday, argues classrooms are safe to teach in as long as safety precautions - like wearing masks and social distancing - are being done.

It also found that if schools are open, communities should have other policies in place like restricting in-person dining at restaurants.

The report's findings were music to Kemp's ears.

"How many more studies do you need," she asked the board Tuesday.

This is the argument other parents and scientists have made for months.

Like so many other parents, Kemp's dining room has become a virtual classroom for her two boys.

"It is hurtful as a parent watching two kids struggle with online learning," Kemp said.

In the report, one study of 11 North Carolina school districts with more than 90,000 students combined, showed no cases of student-to-staff transmission during 9 weeks of in-person instruction in fall of 2020.

Rising cases in Mecklenburg County, and a directive by Health Director Gibbie Harris, encouraged CMS to move to all-virtual learning in January.

Harris said the goal to re-open schools was part of the reason why she issued the directive for everyone to stay home for three weeks. And that continues to be her message.

"Everyone needs to contribute to that, not just the teachers and the students," Harris said. "We’re going to continue to encourage that and support the schools as they grapple with decisions about what to do."

"As of today, we are ready," Winston said then speaking about the state of returning to the classroom, which the district has set currently as Feb. 15.