Kids are learning to code as early as kindergarten in Virginia Beach. A new $1.3 million grant will help keep those programs going. 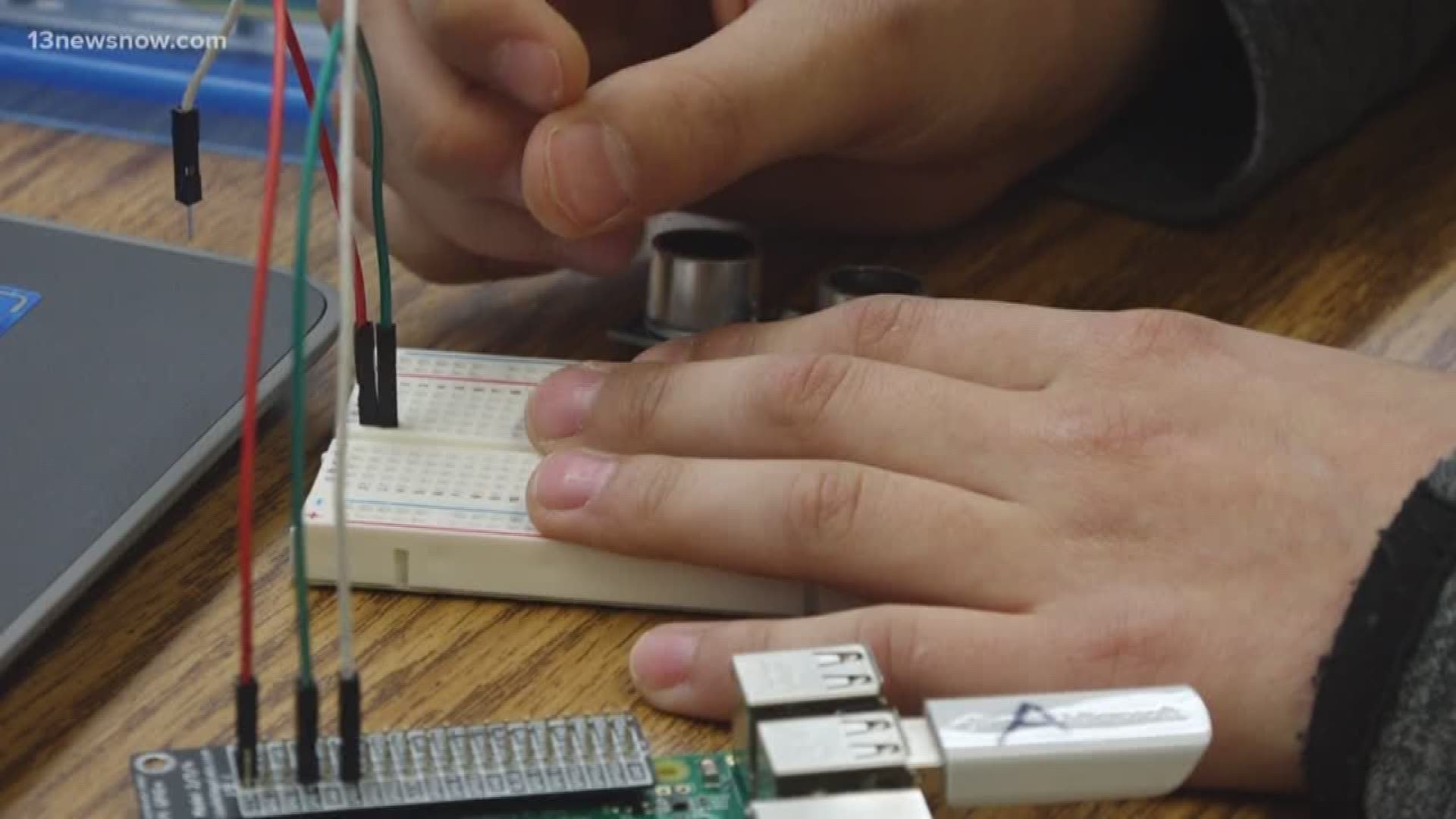 VIRGINIA BEACH, Va. — You might think cybersecurity isn’t something an 11-year-old kid can do. but you'd be surprised.

Kids at Kingston Elementary School in Virginia Beach study everything from art to history to computer coding.

“Right now I’m plugging in wires into the Raspberry Pi,” fifth-grader Nathaniel Barnes said. “It’s not a ‘pie’ that you eat, it’s just what it’s called.”

Virginia Beach is one of several school districts benefiting from a $1.3 million grant for computer science and coding programs.

Governor Ralph Northam announced $148,678 is going to Virginia Beach Public Schools. The district’s Technical and Career Education Director, Sara Lockett, said they already focus on things like robotics, and 3-D printing and design. But with this extra money, they can expand.

“Virginia Beach is a hotbed for IT, cyber, and computer science and we can’t fill those jobs if we don’t prepare tomorrow’s kids,” Lockett said. “We are going to expand the STEM trifecta to add an apps develop challenge at the middle school level. So I’m not sure it’s a trifecta anymore, we may get an fourth leg with app development.”

“If we want them to come into this field, we have to start early. They have to explore this interest, kind of in a non-threatening environment,” Lockett said. “It’s organic and it’s really meaningful for them. This is something they’ll remember well into their adulthood.”

The district’s Instructional Technology Specialist Keri Schoeffel said it's a great way to get kids involved in technology at a young age.

“We start coding here in kindergarten, and so it’s a progression all the way up to this level and they love it,” Schoeffel said. “Their brains just jump right in. Every kid at this table knows more than I do.”

RELATED: Girls in STEM: NASA working on missions to go further into space than ever before