IN SESSION: Military works to recruit students through STEM

More than 5,000 fifth graders from Virginia Beach Public Schools and 800 students from Chesapeake Public Schools were at the NAS Oceana Air Show for a STEM Lab Learning Day. 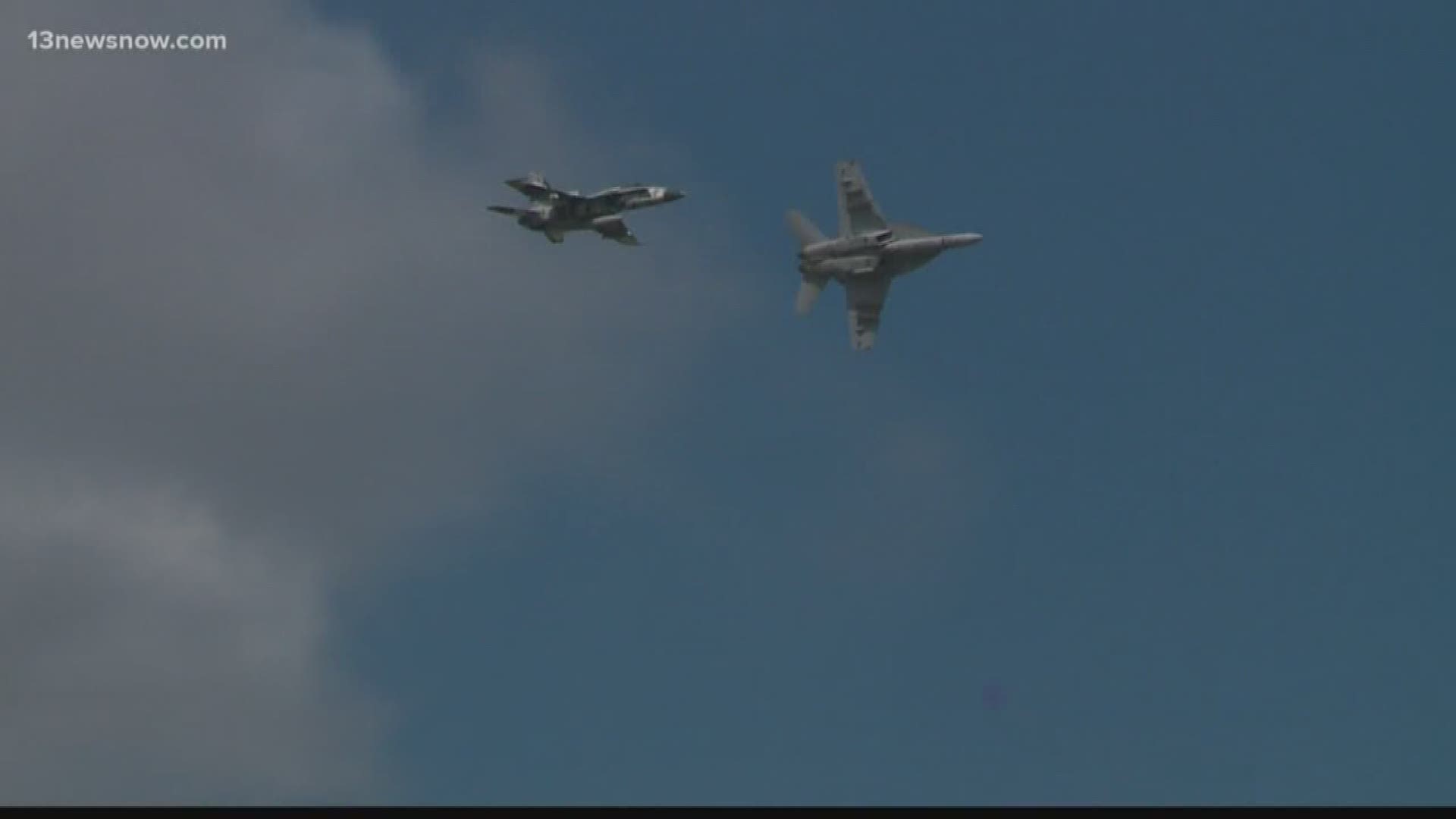 VIRGINIA BEACH, Va. (WVEC) — Scientists in our country work every day to keep the military on the cutting edge of innovation, and they know it's never too early to start recruiting the next generation of scientists.

There was a big push at this year's NAS Oceana Air Show to educate students on science, technology, engineering, and math (STEM) through hands-on learning.

More than 5,000 fifth graders from Virginia Beach Public Schools and 800 students from Chesapeake Public Schools were at the Air Show for a STEM Lab Learning Day.

U.S. Navy Ensign Kyle McCarty was on hand for the Air Show. He knows the importance of finding the next generation of innovators at an early age.

"They'll be our future engineers and scientists to help carry our fighting forces into the 21st Century and beyond," he said.

Dr. Sandra Hernandez Hangarter is a scientist at the Naval Research Lab. But her job on the day of the Air Show was to conduct science experiments for hundreds of students and make it relative to their lives.

"You can show them something that maybe they've seen in chemistry class or a textbook and help bring it to life," she said. "So you show them that it's real and that it's fun and you can make something out of it."

The military said its goal was to inspire, connect and educate students for a future STEM-related career.