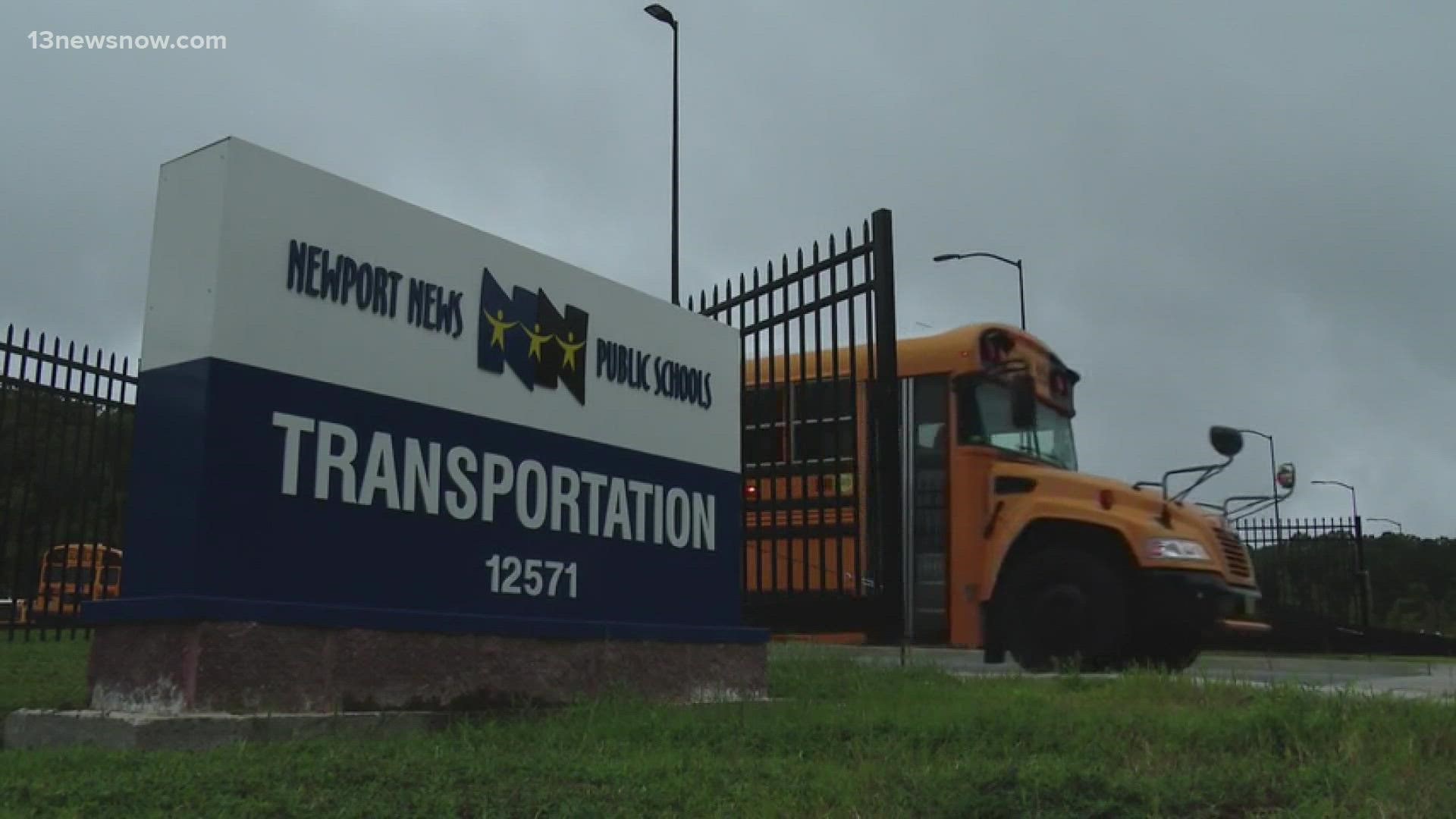 The school division has plenty of buses. They just need drivers, and parents are feeling the impact of that driver shortage.

“It just terrified me because I didn’t know where my kids was," said Newport News parent Tempus Bell.

Bell said her husband and mother waited two hours for her son to get dropped off at his bus stop.

“[Monday] my child didn’t come home until 7:00 p.m., and he’s five-years-old in kindergarten," Bell explained. "This is our first bus experience."

Bell said her son’s bus was late Tuesday morning, too.

Other parents had a different experience.

“It went pretty well -- they have an app called 'Here Comes the Bus.' It showed when it was in radius, and it came like three minutes before the designated time," said parent Kristen Brennan.

“We might go into a school year normally 20-30 drivers short, but to be short 90 drivers, it’s significant," said Coates.

Coates said they are working on creating a better process.

“We are working out some of our choke points where we think we have issues at some of those schools, and looking at our parent drop off and how we're bringing in buses," Coates said.

“Go on that bus! I know it's crazy, these kids are crazy. But we need you," she said. "We need bus drivers."

Coates said the division is working on adding incentives and hiring bonuses for new bus drivers.