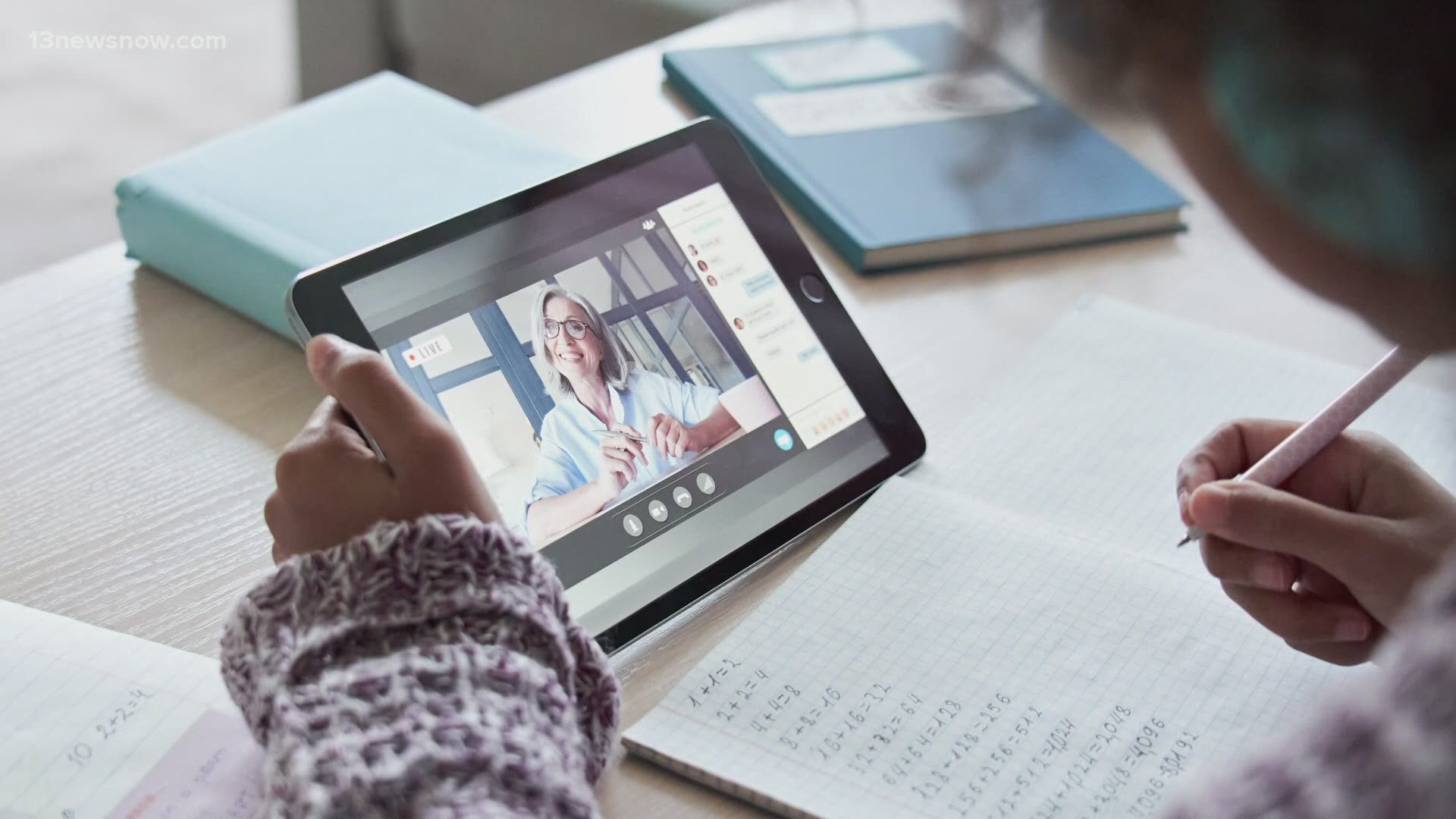 "At first it was really hard. When they first started it everyone was learning how to do everything, it was complicated," said Gilbert, a rising junior at Woodside High School.

As time passed, school systems learned the new way to teach, adapting to the good and bad that came with the modern method.

"Especially going into this new school year, it was much easier for everyone," Gilbert reflected.

While it wasn't the easier method for all, Summer Gilbert excelled.

"I have struggled with mental health issues before," Gilbert said. "Virtual stuff has been such a help with that. I don't have to stress about being in the classroom. If you're having a bad say, you've got nothing to worry about."

She told 13News Now she noticed more leniency from teachers about the deadlines for when work had to be done.

Her mom noticed too, which made it easier to say "yes" when Summer called about applying for Newport News' new Virtual Learning Academy.

"She was a little iffy at first, then said, 'You are going a lot better in virtual stuff,' so she was on board with it, too."

The VLA is a program offering students both full-time and part-time options to study in an online environment, available for 9th-12th graders in the upcoming school year, with plans to expand in the future.

Newport News Chief Academic Officer Tina Manglicmot said agency was one of the main benefits the school system had discovered through the last year of online instruction.

"Really, just giving students agency over how they learn, when they learn and they pace at which they learn," Manglicmot said.