Board members listed three schools named after people with Confederate ties and a digital folder full of articles about the history of the schools. 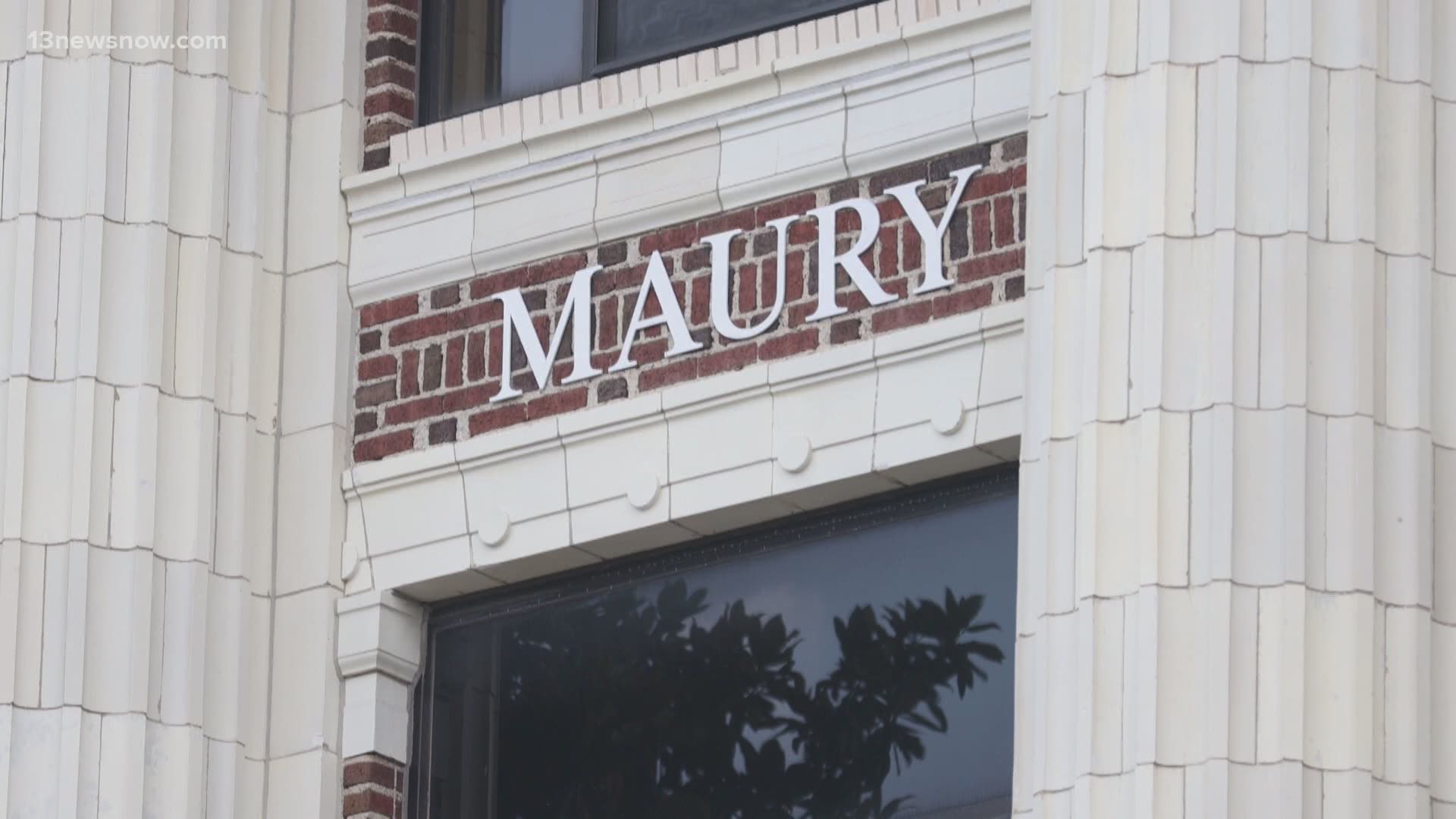 NORFOLK, Va. — The Norfolk School Board met virtually Tuesday afternoon to discuss the future of schools in the jurisdiction named after Confederate soldiers, sympathizers, and landmarks.

The board prepared a list of area school names with Confederate ties, and a digital folder full of articles about the history of these schools.

Here are some of the names under consideration (the sections and wording pulled directly from the school board's list):

This school name meeting comes after the board adopted a new anti-racism resolution in June. In that, they wrote:

We, members of the Norfolk City School Board, stand steadfast in our commitment to foster an inclusive educational environment where every student, teacher, support professional, parent and community member is treated with dignity and respect, as well as our commitment to continue fighting for racial justice and human and civil rights for all.

At the end of Tuesday afternoon's meeting, the Board agreed to move forward with discussions on renaming the three schools with obvious references to the Confederacy.

Part of the conversations will be how much it would cost to re-name the three schools.

People who live around Maury High had mixed reactions about the potential renaming.

Resident Carrie White said she supports the school being re-named.

“No human being is perfect but I don’t want a Jefferey Epstein statue," White said. “It’s not that you can’t name ships or schools after human beings, all humans flawed... but when someone is so flawed then I don’t think they should be memorialized or commemorated or honored.”

Another resident, Christopher McKinnon, said he doesn't want to see Maury High get a new name.

Dr. Noelle Gabriel, the chair of Norfolk's School Board, wrapped up last month's meeting with the pending school name debate in mind.

"One such conversation as it ties directly into this resolution, that I do feel that the board needs to be prepared to have, is Norfolk Public Schools' own ties to our history, and that is: that we have some schools that harken back to Confederate alliances," Gabriel said.

"We can all agree that this is an issue that deserves our collective examination; that the question before us is how do we evaluate this, how do we examine it," she said.

"The Board has an ideal time ahead of us at our July 14th governance training. The framework of that training is around equity, and I think that would be an appropriate time to begin this conversation and talk about what would this process look like," Gabriel said. "I would hope that we could commit to developing this process. This would not be a conversation that would be isolated to the board, but would also be one that we would include our stakeholders in."

This meeting also follows a July 6 letter sent to school boards across the state, where Governor Ralph Northam urged leaders to consider changing the names of any schools with Confederate ties.

"Like the statues we see displayed across Virginia, the names of public places, streets, and schools send messages to our children about what we value most as a society," Northam wrote. "When those names reflect our broken and racist past, they also perpetuate the hurt inextricably woven into this past."

RELATED: Descendant of J.E.B. Stuart wants statue at his birthplace