The CO-Chairman of the North Carolina House K-12 Education Committee says "Every option's on the table" amid COVID-19 pandemic. 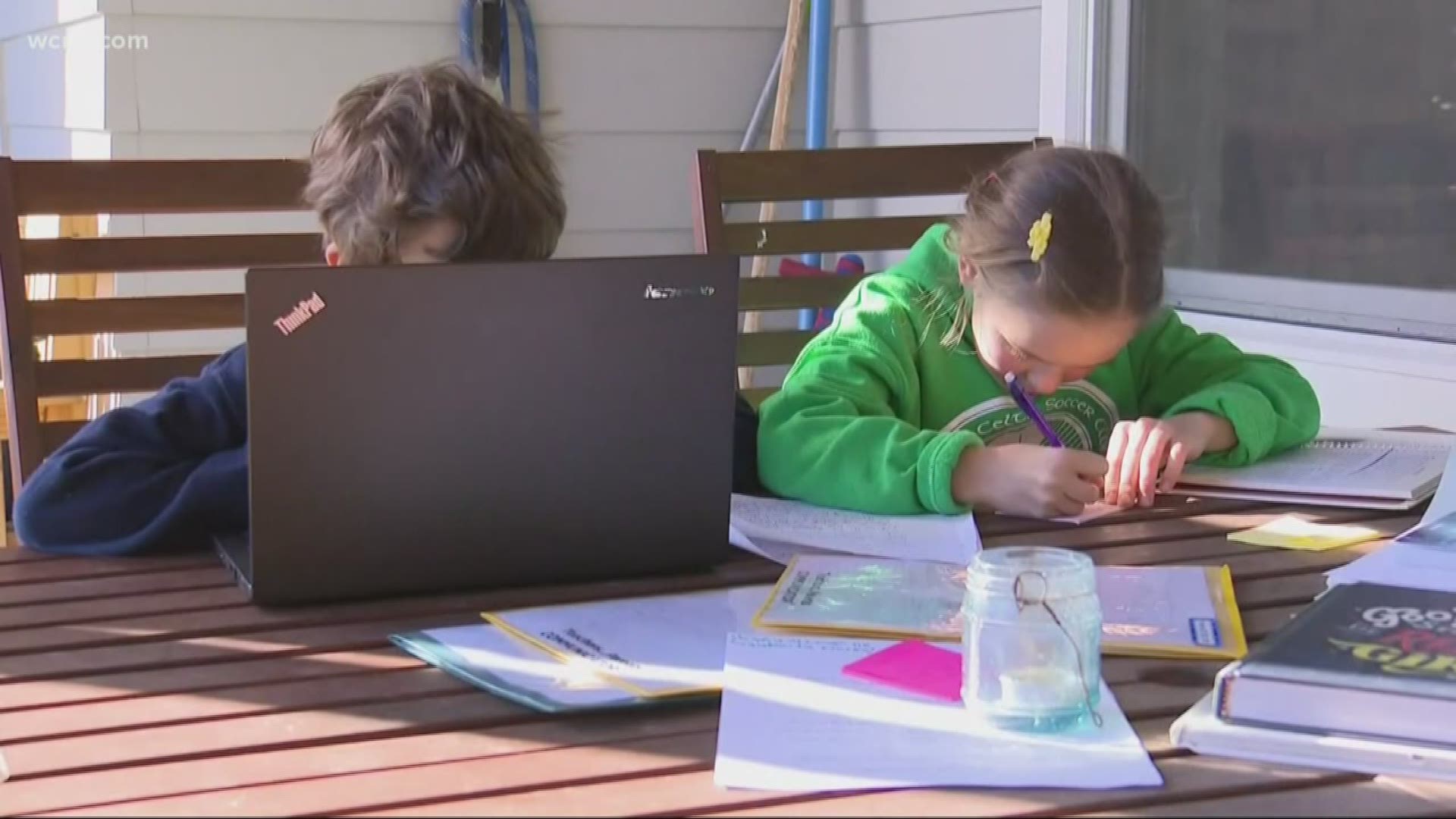 CHARLOTTE, N.C. — As the North Carolina Board of Education spent a significant amount of time Friday hashing out e-learning options and grading, the state has some bigger decisions looming when it comes to the rest of this school year and next.

House K-12 Education Committee Co-Chairman Rep. Craig Horn of Union County said, at this point, everything from extending this school year to starting next school year early remains in play, but it’s still too early to make that decision.

“Every option’s on the table,” Rep. Horn said. “The probability is that we’re going to be winding down the school year early. I’m not at all yet convinced that extending the school year an extra two weeks into June will provide the students with the outcomes necessary.”

At this unusual point in our history, Rep. Horn said he knows in the short-term North Carolina needs to figure out how to best digitally deliver quality education to every child equitably. However, beyond that, he said there are three long-term priorities.

He believes those include making sure non-certified employees like bus drivers, cafeteria workers, and custodial staff continue to get paid, ensuring the federal government’s standardized testing waiver doesn’t harm school or employee performance measurements and top of mind for parents, advancement and the school calendar.

North Carolina requires more than 1,000 hours and 180 days of instruction. Lawmakers may need to change state law as a result of the pandemic.

RELATED: Schools closed across the Carolinas due to coronavirus

RELATED: Why we're closing schools, avoiding events, and suspending the NBA season to stop the coronavirus

“That meets them where they are and it moves them quickly forward and hopefully, we get caught up by the end of next school year. It’s a tall task,” he said. “These are decisions that are underway. They’re on the table. We’re talking about them.”

The recommendation also came with guidance that prioritizes feedback over grades. The board said it would provide additional statewide guidance for final grades if public schools do not reopen for face-to-face learning after May 15. For seniors, the guidance focuses on meeting graduation requirements “with a particular emphasis on students who were not meeting expectations as of March 13.

“Grading practices for transcript purposes will hold students harmless for the impact of COVID-19,” the guidance said.

RELATED: 'Why are they putting us through this' | CMS bus drivers say they still have to work despite school closures