The money comes from an ODU graduate and will go to the university's Institute for Coastal Adaptation and Resilience. 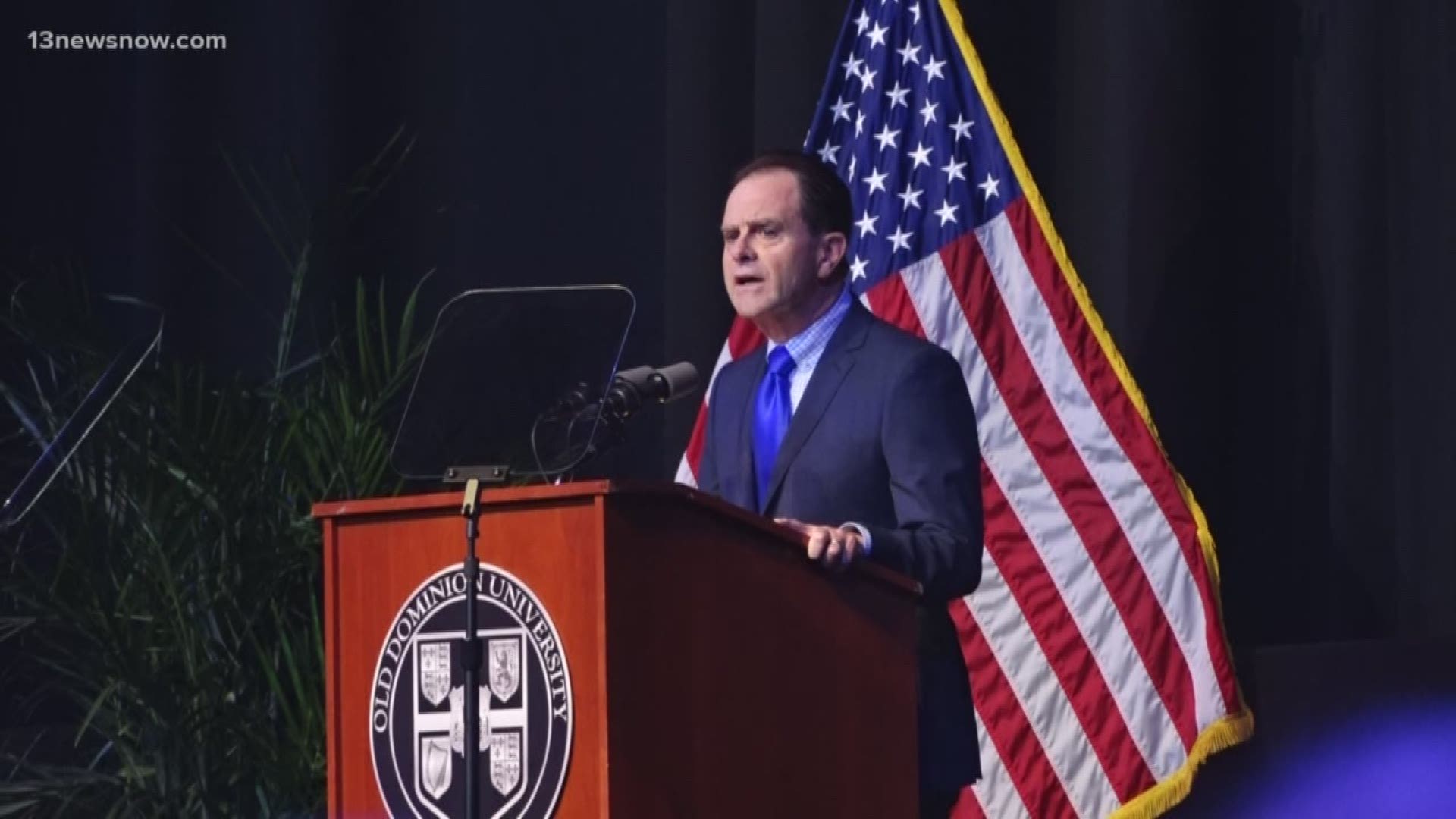 The announcement was made during Old Dominion University's State of the University address.

The money comes from ODU graduate Joan Brock and will go to ODU's Institute for Coastal Adaptation and Resilience, or ICAR, a center which focuses on the specific challenges faced by coastal towns.

The president outlined, during the state of the university address, the university's successes over the past year. He also laid out plans for the future.

Broderick also announced plans for a memorial for the victims of the Virginia Beach mass shooting, some of whom were ODU graduates and former students.

"There were some wonderful people taken from our community and we want to make ensure that all of them are remembered – certainly the ones that went to ODU, but every single life that was lost," he said.

He said university officials are still in the planning phase of the memorial which crews will build near the Perry Library.