The students created a way for people to use their minds to control robots. 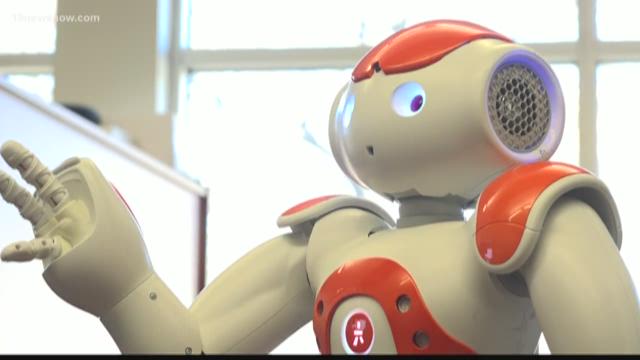 NORFOLK, Va. (WVEC) -- Inside the Old Dominion University Vision Lab, there's a group of students who figured out how to control a robot with just their thoughts.

They use various robots, but the latest test subject is a robot called Nao. He's a walking, talking robot, but he doesn't have a mind of his own.

The ODU students created the software and algorithm that bring Nao to life, allowing them to control him with their thoughts.

Using an EEG cap, the students record brain activity electronically, put it into an algorithm, and turn that into a remote control for the robot.

The new form of communication holds incredible promise for a number of people, including those with disabilities and those who've lost their ability to speak.

Lasitha Vidyaratne, whose mother was in a coma before she died, is the Ph.D. candidate spearheading the project.

Vidyaratne started the effort about three years ago, one year after his mother's death.

"I thought it would be nice to find a way for these people to communicate," Vidyaratne explained. "Hopefully and collectively we can make this better and more useful for everyone,"

The students, who had the opportunity to show their work to members off the North Atlantic Treaty Organization (NATO), said their next step is to develop technology to help identify emotions in people with autism.