Parents consider holding their kids back in school after difficult academic year, experts weigh in

Some parents are choosing to have their children repeat a year, such as Kindergarten after the pandemic posed too many issues for children to learn in person. 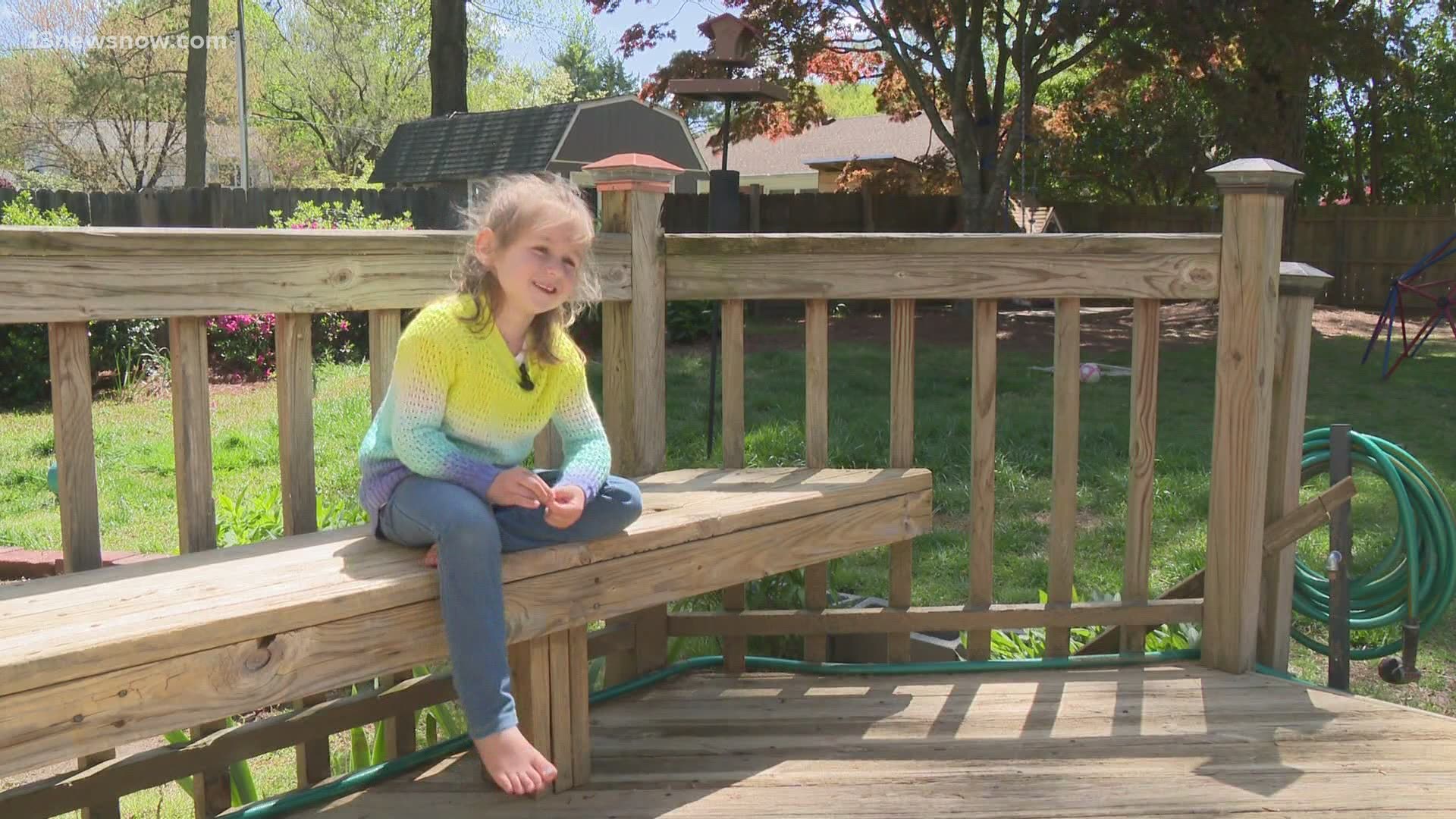 VIRGINIA BEACH, Va. — The past 15 months posed some of the greatest challenges for schools and families when it comes to children’s education.

After months of students going back and forth between learning virtually and in the classroom, some parents are choosing to hold their children back one extra year to make up for lost time.

The Bray family is one of the families considering this choice. Natalie and Shane Bray have three daughters: Scarlett, Naomi, and Junie.

All three girls are currently homeschooled by their parents and say they enjoy it. Natalie says she wants her kids to have an education where they also get to spend time outdoors and with family. For Junie, Natalie was considering putting her straight into public school for the experience, but after seeing all the children go virtual for the year, she didn't want it to be Junie's first school experience.

“We weren’t happy with the virtual option and we were not happy with the in-person option,” Bray said. “This pandemic came along and pushed us both over the edge. There was no more discussion about it. That was definitely the path.”

So Natalie decided to homeschool her third daughter for the 2020-2021 academic school year. She says Junie does very well with her lessons and could easily go into the First grade, but she decided it was best for her daughter to repeat kindergarten to get a better experience.

Junie says she learned a lot while taking classes at home with her parents, saying, “I like learning about counting," as she giggled and swung her legs back and forth while sitting outside.

Junie says she also looks forward to being in the classroom for the first time next semester and seeing her teachers.

The Bray family isn't alone. A recent study by the University of Virginia found kindergarten registrations across the state dropped an average of 13% in 2020.

In Hampton Roads, those numbers are steeper. Areas such as Virginia Beach saw an 18% drop, Yorktown saw a 24% drop, and Chesapeake’s registrations dropped 14%.

Some experts on child education said it's a mix-and-match scenario. Executive Director of EVMS’s non-profit program 'Minus 9 to 5' Dr. Jane Elyce Glasgow says based on research prior to 2020, the idea of holding children back in school didn't prove to be effective.

Glasgow specializes in early childhood education and says these studies could change based on how the pandemic impacted schools.

“What the research shows is that the stress level of these students, sometimes acting out behaviors, sexual behaviors, all those things as they get older in high school and they’re a year older than their peers...those things can impact them," Dr. Glasgow explained.

However, she says every child is unique and every approach to their education should be unique as well. Glasgow says she hears parents considering holding their children back in school but hasn’t seen many follow through on the decision yet.

She says holding children back in Kindergarten, also known as "redshirting," is often common for children with birthdays late in the year. However, she says not every parent in Hampton Roads has the opportunity to do this.

“Thinking about it from the COVID perspective, I think school divisions that I’ve talked to and the work I’ve seen happening are all thinking, 'how do we support those students?'” Glasgow remarked.

Depending on what new research shows following the pandemic, Glasgow says recommendations for holding children back in school may be different.

Glasgow recommends if you’re hesitant on what to do as a parent based on how the pandemic affected your child’s education, consult with your child’s pediatrician and speak with the school to make the best decision for your family.