Dr. Porter Brannon, TNCC's president, did not immediately share a cause for the Templin Hall roof collapse. She said it was "fortunate" nobody was inside at the time 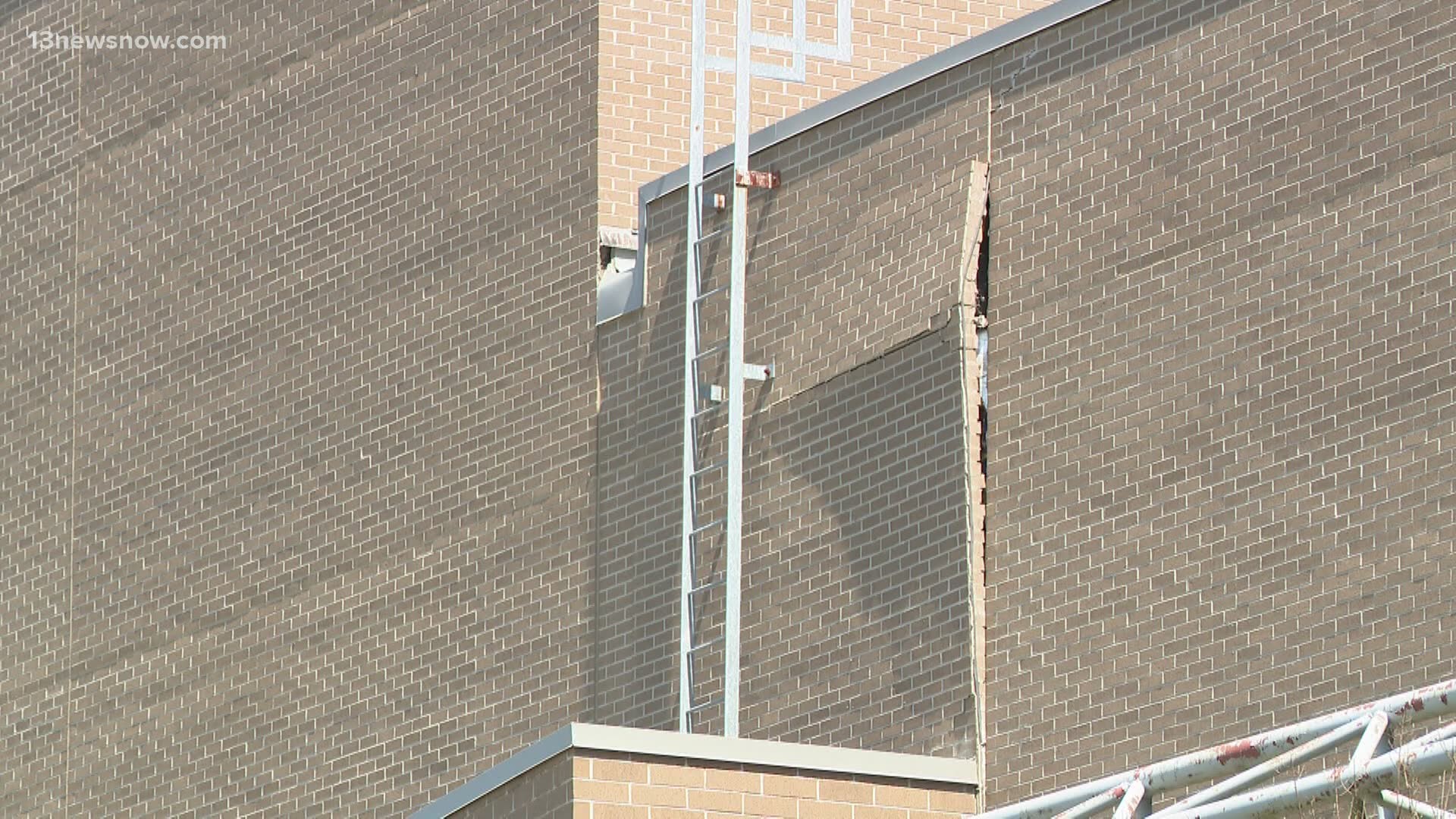 HAMPTON, Va. — Nobody was hurt Monday afternoon when a portion of the roof collapsed at Templin Hall, a building in Thomas Nelson Community College's Hampton campus.

A Tuesday morning release from TNCC said the collapse happened around 6 p.m. over the Dr. Mary T. Christian Auditorium.

A spokesperson for TNCC said campus police, plant services, college officials and Hampton Fire & Rescue all responded to the scene.

Dr. Porter Brannon, president of TNCC, did not immediately share a cause for the roof collapse.

“We are extremely fortunate no one was in the building at the time of the collapse,” she wrote in the release.

Because of the pandemic, there had not been any classes in the building or public access since spring of 2020.

Templin Hall was built in 2002, and serves as a business, humanities, social science and performing arts building. There are also faculty and staff offices in the building.

"College officials and officials from the Virginia Community College System offices in Richmond were on campus Tuesday morning to begin a thorough investigation into the incident," the spokesperson wrote. "Templin Hall will remain closed until further notice."

The utilities for Templin Hall were shut off, and because the building shares a wall with the campus library, that is also closed until investigators can identify the roof's problem.