After a year of virtual learning and pandemic-restricted teaching, school divisions turn to hiring needs while teachers work to help children with learning gaps. 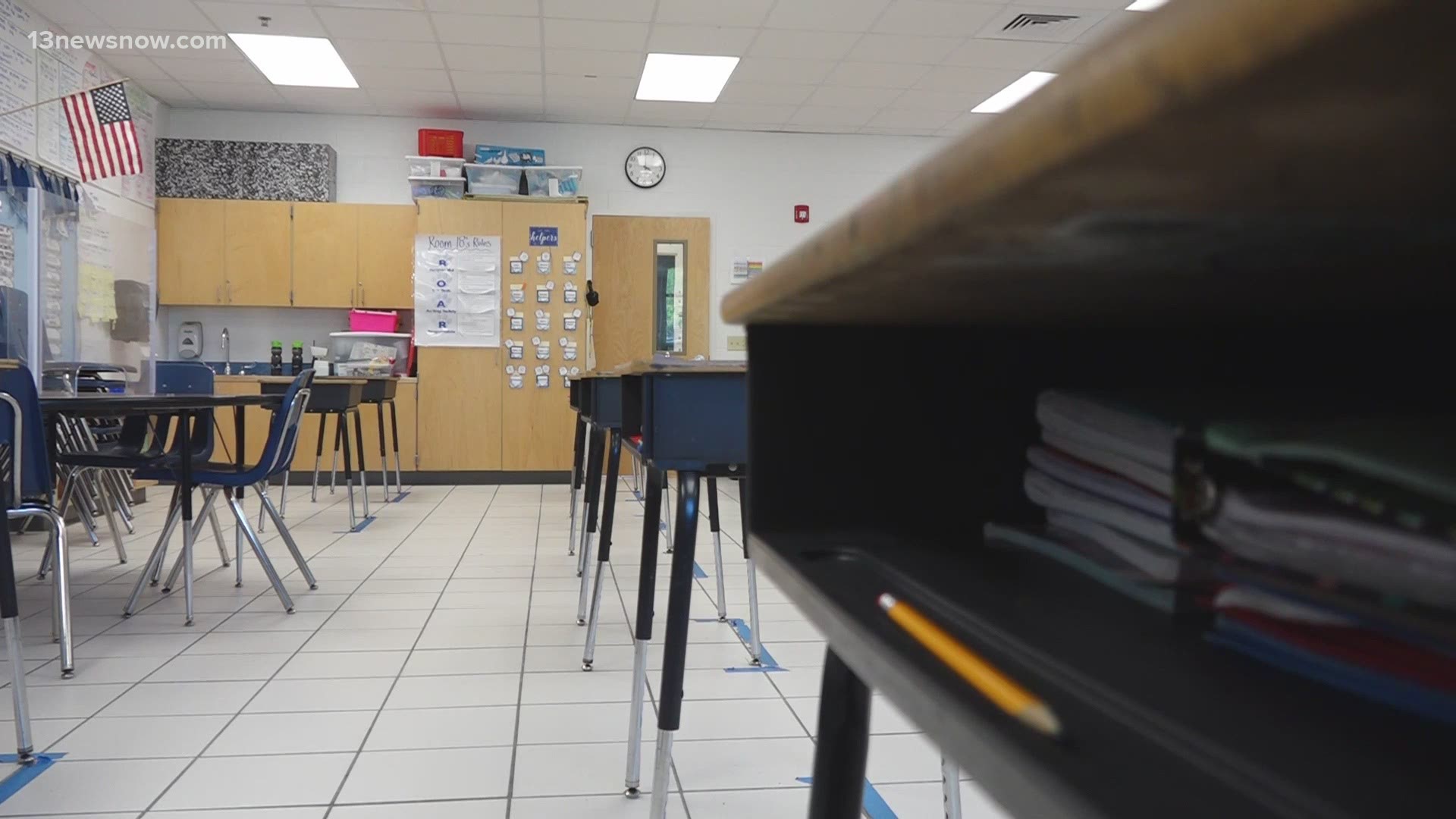 “You know, reflecting over the past two years, I don’t think anyone could have prepared for it," said Ashlyn Hadley, a third grade teacher at Windsor Woods Elementary School in Virginia Beach. "We are giving everything we’ve got into our classrooms."

For many teachers and students, the 2020-2021 schoolyear began with virtual learning, and then they transitioned to face-to-face instruction with COVID-19 guidelines and restrictions (like mask requirements and plastic dividers).

Hadley said nothing prepared teachers for a year quite like this one.

“I can’t even lie, it was hard but it wasn’t just hard for the teachers, it was also hard for the kiddos," she said. "They had so many challenges in such crucial stages of their development."

A series of curveballs led to job openings at the public school level.

“I think this schoolyear has just been a totally different ballgame, and I think that’s a lot for any person to handle," she said.

As the 2020-2021 school year wrapped up, there were hundreds of open positions for teachers, bus drivers, food service and support staff members.

In April, for example, these three school divisions reported these numbers of vacancies:

In April, Newport News Public Schools said projected teacher turnover remained the same, but the school division didn't have as many applicants for the other school positions.

A Hampton City Schools spokesperson, addressing the higher-than-usual number of vacancies, said "the pandemic has played a role in the number of candidates who are currently seeking a position due to family responsibilities and health-related concerns."

In Virginia Beach, first-year teacher Holly Heckman said she's not surprised at the vacancies, as it had been a stressful year for teachers everywhere. She said she took over for another teacher who left in October.

"She just didn’t want to do the virtual, it was a lot of stress for her and she wanted to switch to something else," Heckman explained.

Heckman said teaching virtually has been a challenge, burnout is a concern, and it's understandable that some teachers and school staff members are looking elsewhere.

"It just seems like if they’re ready to retire, and they’re close to that anyways, they think, 'I might as well just go, because this is just getting too much for me,'" she said. "Teachers are doing a lot, but you have to."

RELATED: A tough school year will soon give way to much needed summer learning

In response, a VBCPS spokesperson said the division has prepared an "upgrade in pay for custodians and bus drivers" as an incentive.

In the classroom, teachers like Hadley are hopeful the upcoming schoolyear looks different - without a need for masks or rigid "row" seating, allowing teachers to engage students in more flexible ways.

"I think we got through the worst part and I’m hoping it’s only going to get better," she said.

Hadley said she received a lot of support this year from VBCPS administrators and other teachers at her grade level. She said a lot of teachers were exhausted, but she and others were preparing to teach summer school classes to help fill education gaps that were created during the pandemic.

"I know teachers are going to keep giving everything they’ve got," she said.