Schools are closed, so what about the Class of 2020?

Virginia Department of Education officials said they're doing all they can to make sure eligible seniors graduate. 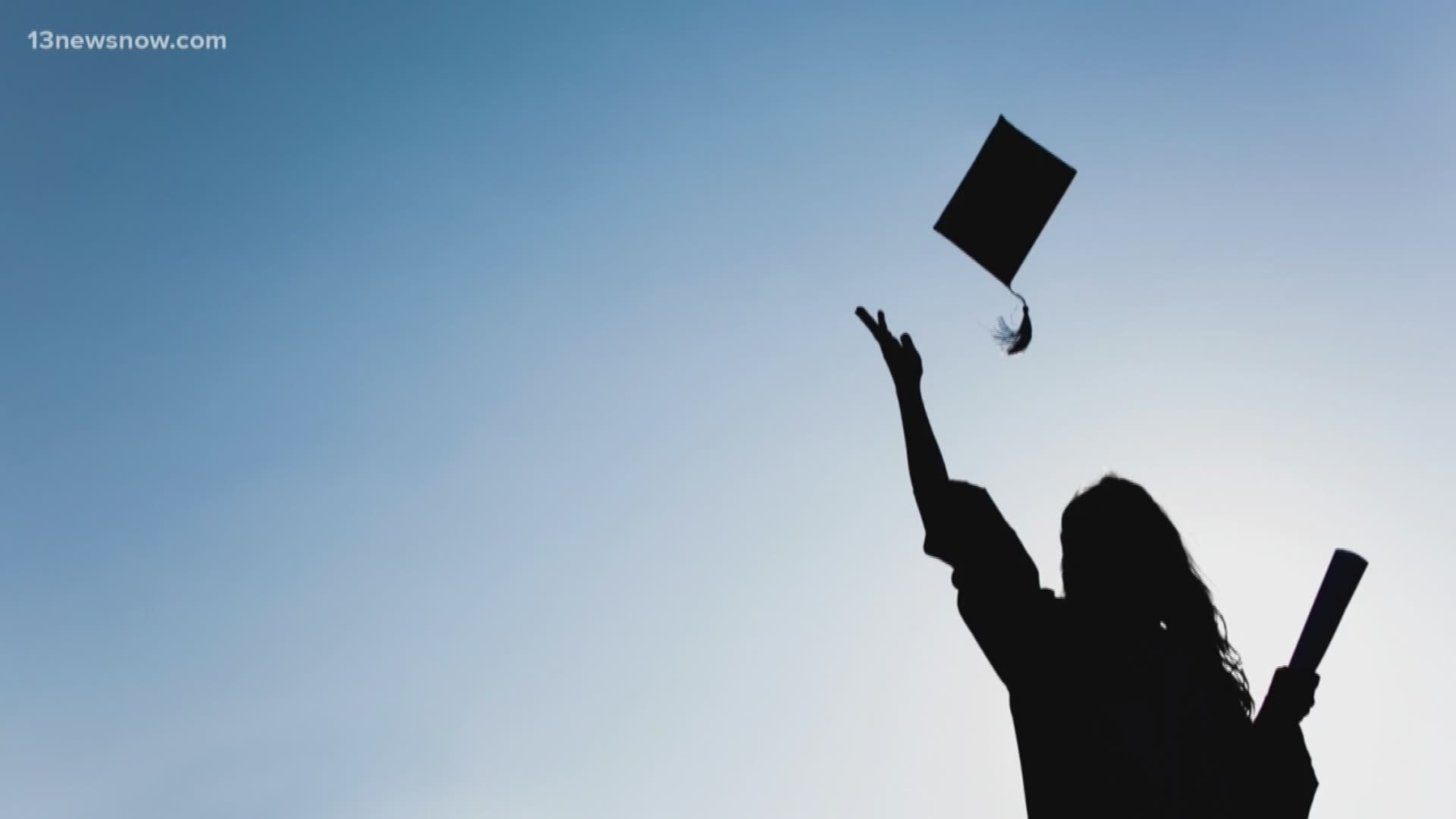 VIRGINIA BEACH, Va. — All public and private schools, grades k-12 are out for the rest of the school year. Many action plans are now in the hands of the individual school districts, but we wanted to know what’s waived so seniors can graduate?

So how is that going to happen? There’s a lot of education jargon to understand. However, it comes down to 10 changes, with the VDoE controlling eight and the General Assembly controlling two. Those two include waiving first aid / CPR requirements to graduate and a requirement that students pass one virtual course.

Department of Education Officials predict the General Assembly will decide to waive those two requirements.

“If a student was on track to earn a diploma, that student should receive a diploma,” said Pyle. He said the Class of 2020 has worked hard and taken more tests than new high schoolers.

Pyle said, "(they’ve taken) more S.O.L tests associated with those courses, than the students that entered the 9th grade in the fall of 2018."

Other requirements the Department of Education can control include:

She knows their class is missing out on a lot, in terms of senior year experiences. Grace Altman is a senior at Princess Anne high school. She said she’s saddened by that.

Virginia Beach's superintendent, like many other districts they hear from, said they hope to have a graduation plan in place sometime this week.

RELATED: Virginia high school seniors will be able to graduate in 2020