Physics professor Dr. David Wright is not letting the COVID-19 pandemic hold him back from bringing his students fun lessons. 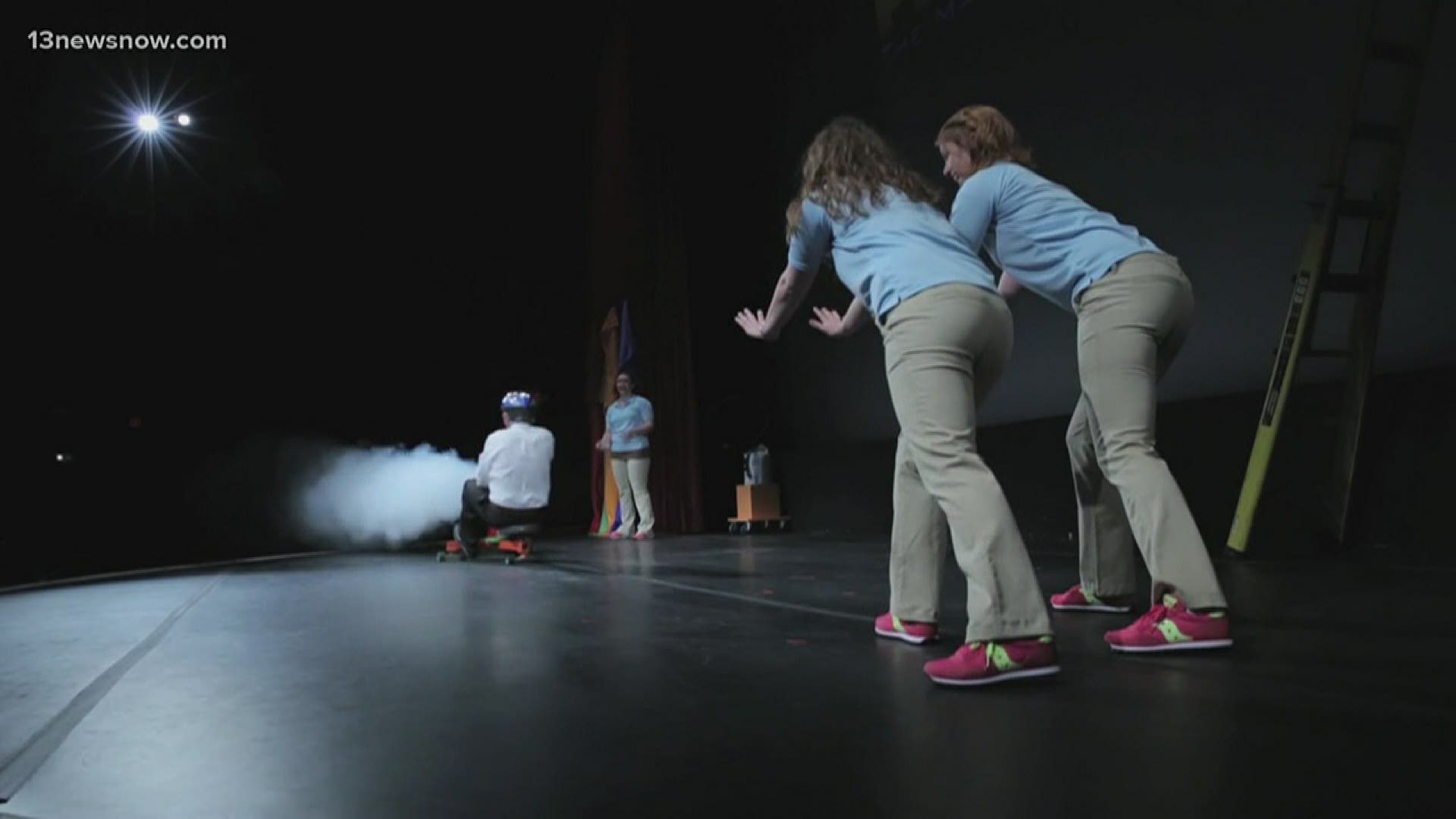 How can we forget him! The physics professor at Tidewater Community College in Virginia Beach went viral a few months ago for his wild classroom experiments.

Now, the coronavirus pandemic has forced him to change his classroom drastically.

“It’s been quite a challenge. But, you know? I like challenges sometimes,” said Wright.

After TCC closed its campus, the science wiz moved his classroom to video online to the conferencing app Zoom.

While it's new territory, he hasn’t lost his special gift of teaching. Wright is keeping things as interesting as ever.

During a Friday morning Zoom class, the magnetic ball of energy lit a match on fire as students watched the flame rise. A row of dominos tumbled down one by one as he taught students about conduction.

Students like Sharon Cole said they’re not surprised by his ability to continue keeping his lessons entertaining even during a challenging time.

“When they announced that they were closing the campus to teachers and students, I just visualized him collecting his things from the lab to bring it home because I knew that he was gonna find a way to still bring us the same class experience,” said Cole.

That’s exactly what the professor did as students like Quincy O’Bryan marveled over a demo on melting.

“He brings light to our day still even though we’re doing this on a recording, but he still brings that energy every day,” said O’Brien.

Another student, Brittney Ventura held her young daughter during the Zoom class. It’s a new reality many of them are facing: juggling the role of student and parent at the same time.

Even at 69 years old, Wright has managed to overcome his challenges with technology in order to continue teaching his students.

“The most amazing thing is that I’m actually more excited about it than I thought I would be. I’ve always avoided online education because I like the personal touch,” said Wright.

The personal touch in his classes lives on. Wright began Friday's class by asking his students how they’re holding up during this difficult time.

“This is something totally new, no one in my lifetime has experienced anything like this and being able to make the experience as good as you can. Physics is still there and it’s still fun,” said Wright.

While they learn to navigate a new reality, they’re all in it together.