The CDC released school reopening guidelines late last week. Now, school systems have to wait to see if they’ll be provided the funds to pay for them. 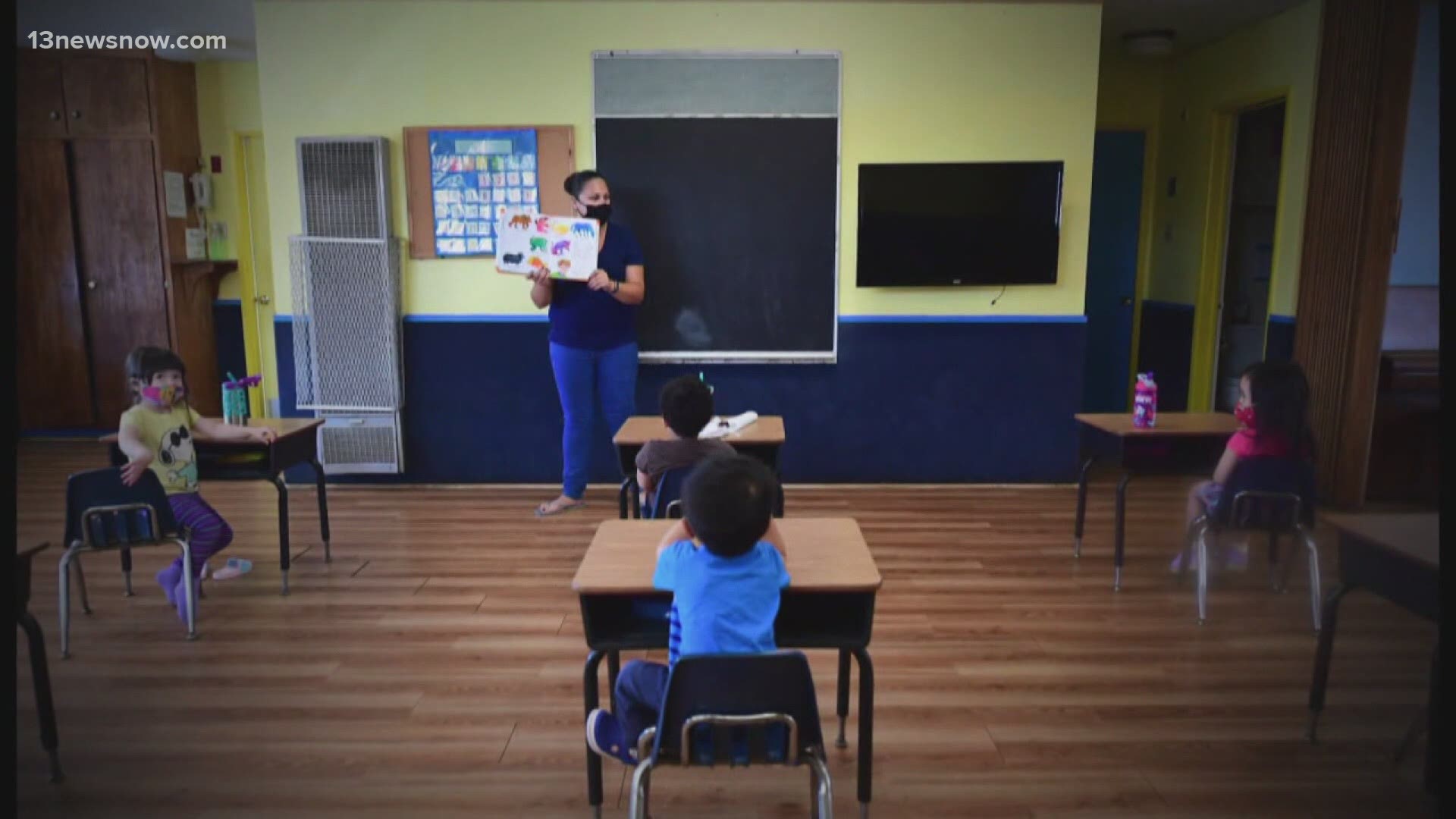 NORFOLK, Va. — Last week, the CDC released renewed guidelines for schools to safely reopen. Much of the precautions remain the same, with an emphasis on mask-wearing and social distancing.

Notes on ventilation and community spread are included as well.

Governments at every level are encouraging school systems to make their way back to school, but only under these conditions. While President Joe Biden, Virginia Governor Ralph Northam and other officials trumpet the relative safety of schools under the guidelines, there's still a big question looming: How will they pay for it?

"This is a matter of return on investment. Initial data shows the cost of school closures far outweigh the benefits of infection reductions," Old Dominion University Professor of Economics Bob McNab said.

McNab says that it's not a matter of if the bill will come due, but when.

"We are able to observe the COVID costs, we don't observe costs of learning loss until much later. It's a risk tradeoff, are we willing to accept more risk," McNab said, citing exponential costs down the road as society copes with a generation of students impacted by isolated virtual learning.

It's no surprise McNab supports The Committee of Education and Labor including a $130 billion investment for reopening schools safely in the "American Rescue Plan" stimulus package.

The chair of that Committee -- Congressman Bobby Scott -- included his statement on the matter:

"Schools reopening decisions should not be based on politics, they should be based on whether schools can comply with CDC's science-based guidelines. Congress must make necessary investments to help schools take steps needed to safely reopen for in-person instruction."

"If we don't resource all schools to bring all students back, those gaps will intensify. Students in districts with resources will be back in person sooner, widening income gaps," McNab said, adding that the widening gap has already seen an expansion from a year's worth of virtual learning.

It's not just masks, barriers and cleaning equipment either. McNab said renovated ventilation systems and increased staff also make the receipt. The professor cited the federal government as the ideal source for these funds due to budget constraints placed on state and local governments.

Congressman Scott is trying to do just that.

McNab emphasized that the payments will be made, whether it's now or down the road.

"It's not a matter of paying the piper, but rather when the piper gets paid," McNab noted.