There’s a lot that goes into keeping things running at Oceana, from keeping the lights on to fixing plumbing issues to clearing the roadways if it snows. 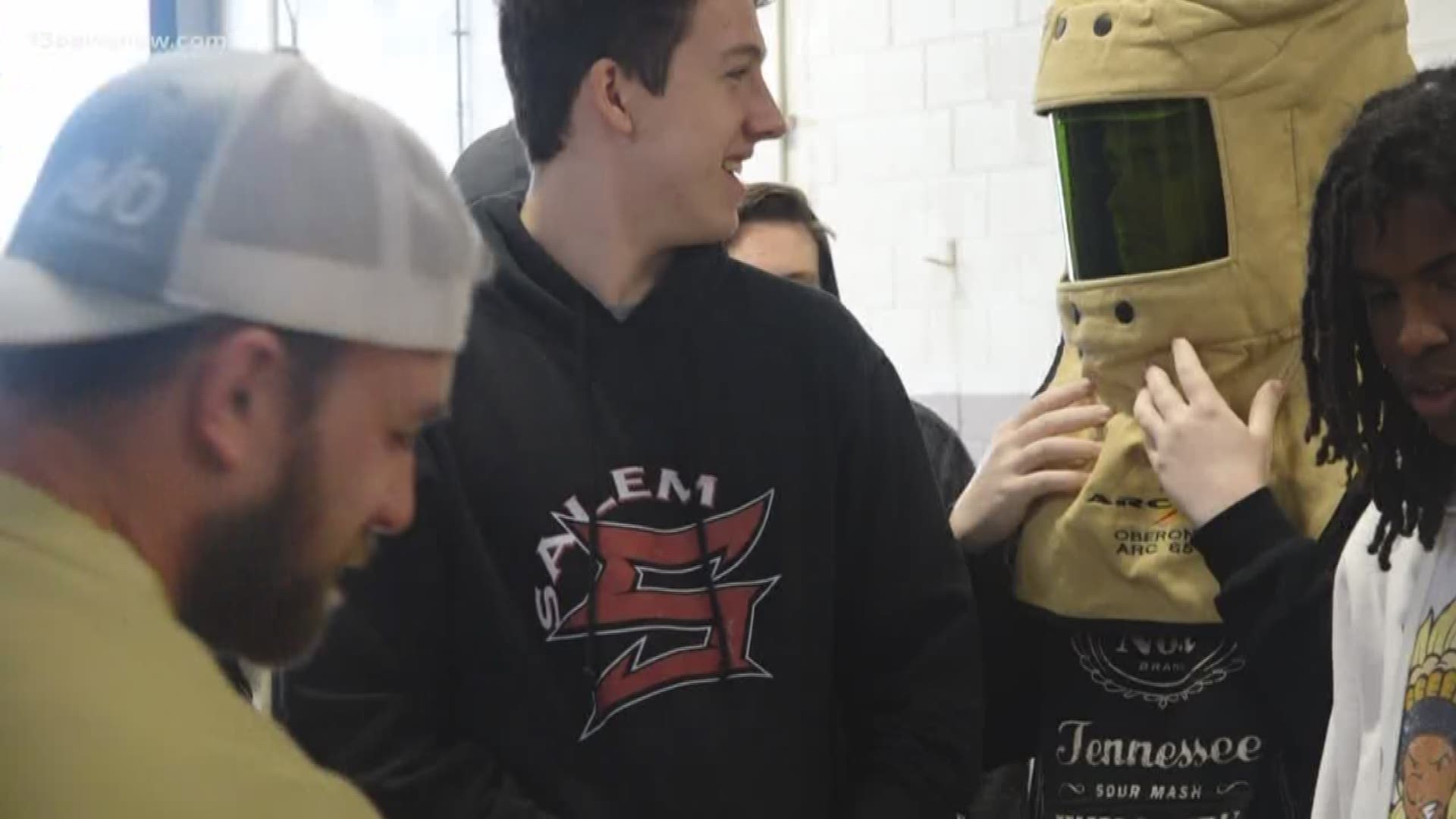 VIRGINIA BEACH, Va. — Figuring out the next step after high school isn’t always easy but tradesmen at NAS Oceana are hoping to make that big decision a little easier.

Nearly 100 high school students from Virginia Beach got a behind-the-scenes look at how facilities are run at one of the largest naval air stations in the world.

Event organizers say there's been a heavy focus on high school students going on to college, and the trade industry has suffered.

“Generation before these young kids, everybody was, 'You got to go to college. College is the way to go,'” said Oceana Public Works Production Division Director Brent Brown. "Because young people are going to college, the trades have really fallen off with getting young people who can come in and learn it. An example: I spent three years trying to fill all of my air conditioning mechanic positions because finding quality, experienced mechanics is just hard to do.”

Lauren Ciampoli, the education manager in charge of Special Programs at Junior Achievement of Greater Hampton Roads, said she hopes that by getting tradesmen to show kids there are opportunities in trade, they can inspire them and help grow the industry.

"A lot of students maybe don't think about that. They're like, 'I'm going to college, I'm going to do whatever' – which is amazing – but then there are these other opportunities that might be better suited to their personalities," Ciampoli said. "Getting them thinking about it now so they can come up with a plan and hopefully come back here and have a very lucrative career.”