The resolution, which previously included a section to ban the teaching of 'Critical Race Theory' in Virginia Beach schools, will be up for discussion Tuesday night. 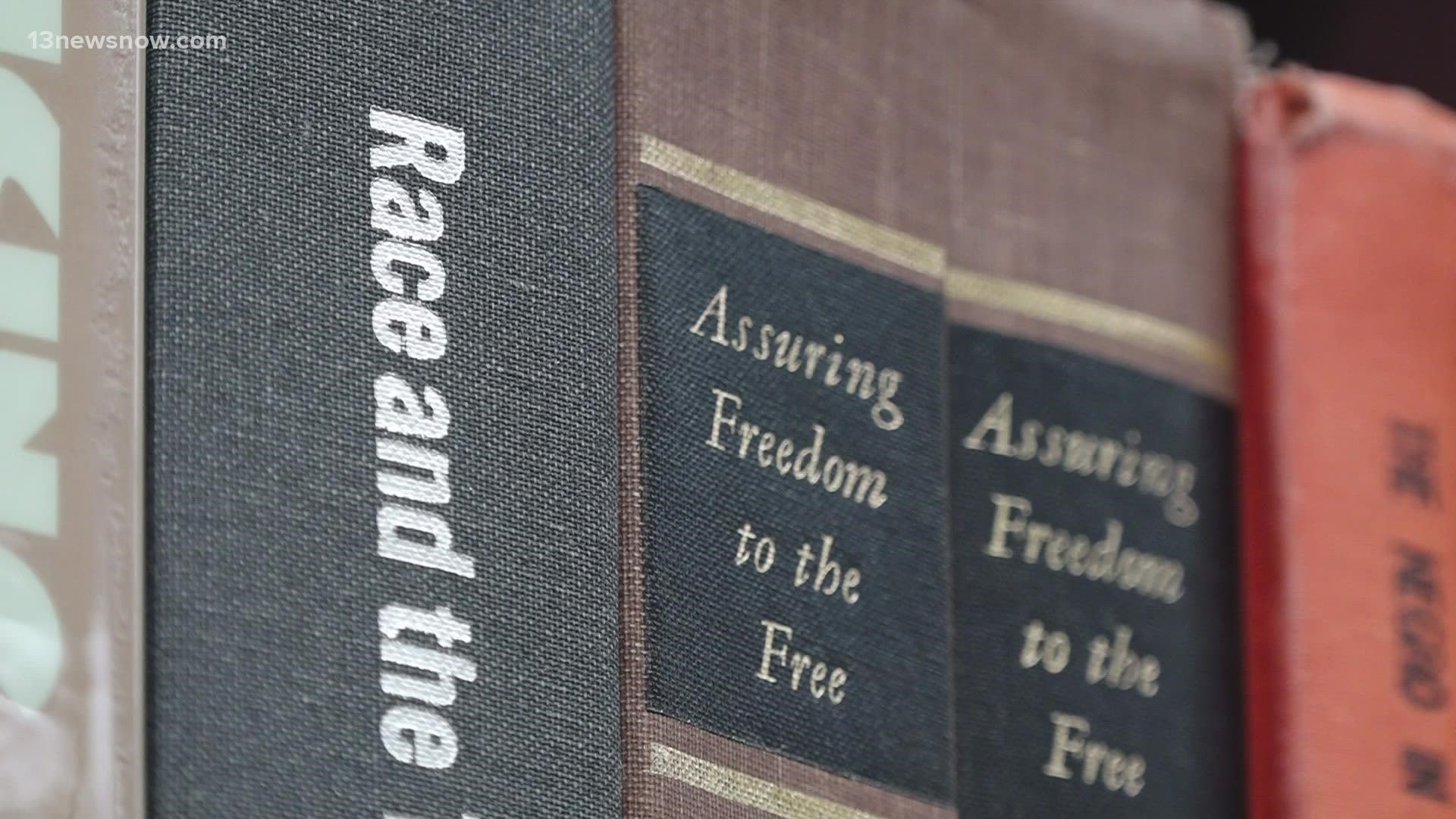 VIRGINIA BEACH, Va. — The Virginia Beach School Board will discuss a proposed resolution Tuesday night that would ban certain types of teachings about race, racism and history.

School board member Carolyn Weems initially proposed the resolution in May, although the meeting to discuss it was canceled and was not formally presented to the board.

The initial 'Resolution to Clarify Equity Training and Teaching' included a section to ban the "training, teaching or promoting" of "Critical Race Theory" to students and employees.

It didn't define Critical Race Theory, and the resolution was proposed while community members shared their beliefs about CRT during school board meetings this summer.

The current policy proposal no longer includes the phrase "Critical Race Theory," although most of the other details remain the same.

CRT is an academic concept that evaluates systems of racism and how they've evolved and perpetuated.

It gained political attention this year, morphing into a catchall phrase at the center of America's examination of racism in education and society, often being misinterpreted or misapplied.

The resolution that school board members will discuss Tuesday seeks to change or clarify how Virginia Beach educators will instruct about race and racism.

It would ban the "teaching, training or promoting" that any race is superior or inferior, that any person's worth or character is determined by their race, and that any person "bears responsibility for the actions committed by other members of his or her race, skin color or religion."

The resolution would also ban the teaching or discussion that any person could be inherently privileged because of their race.

It would also ban teaching or "promoting" that the United States is fundamentally racist or that "capitalism is racist."

"On the surface of it somebody might say that does provide clarity, but I do think that it can create problems where we are unable to study America’s troubling racial issues of the past and today," Spence said in an interview with 13News Now. "There isn’t anyone I’ve talked to that says racism doesn’t exist in America."

"I have a grave concern that folks who have that resolution in hand will say you can’t talk about these things, and I don’t think we should be putting our teachers in that position," he said.

Spence added the policy could imply that Virginia Beach educators are already teaching in divisive ways when he insists that is not the case.

"This is a resolution about what we can't and don't do, and it isn't driven by evidence of these things actually happening, it's driven by a political conversation," he said.

13News Now reached out to school board member and resolution sponsor Carolyn Weems on Monday, but she was unable to comment.

On May 24, Weems wrote in an email to school board members that she "wrote the resolution using a previous email that all board members received back on March 25th as a framework for [her] thoughts."

In that email, obtained by 13News Now through a Freedom of Information Act request, Weems objected to the board's administration of the resolution, saying it was improperly not added to the May 25 meeting agenda due to decisions made by school board leaders.

"It is not the job of board leadership to decide the community will be “anxious” if a topic is put on the agenda," Weems wrote. "It is their job to administer proper procedures."

The resolution was added to a later meeting, although that meeting was canceled.

School board member Victoria Manning argued the cancelation was an illegal and deliberate attempt to shut down discussion about the resolution, but a judge disagreed.

Board members will discuss and could vote on the resolution Tuesday night during their scheduled board meeting.

Spence said he hopes the discussion is "evidence-based" and not based on emotions or belief, adding that board members will ultimately make any decisions about the proposal. 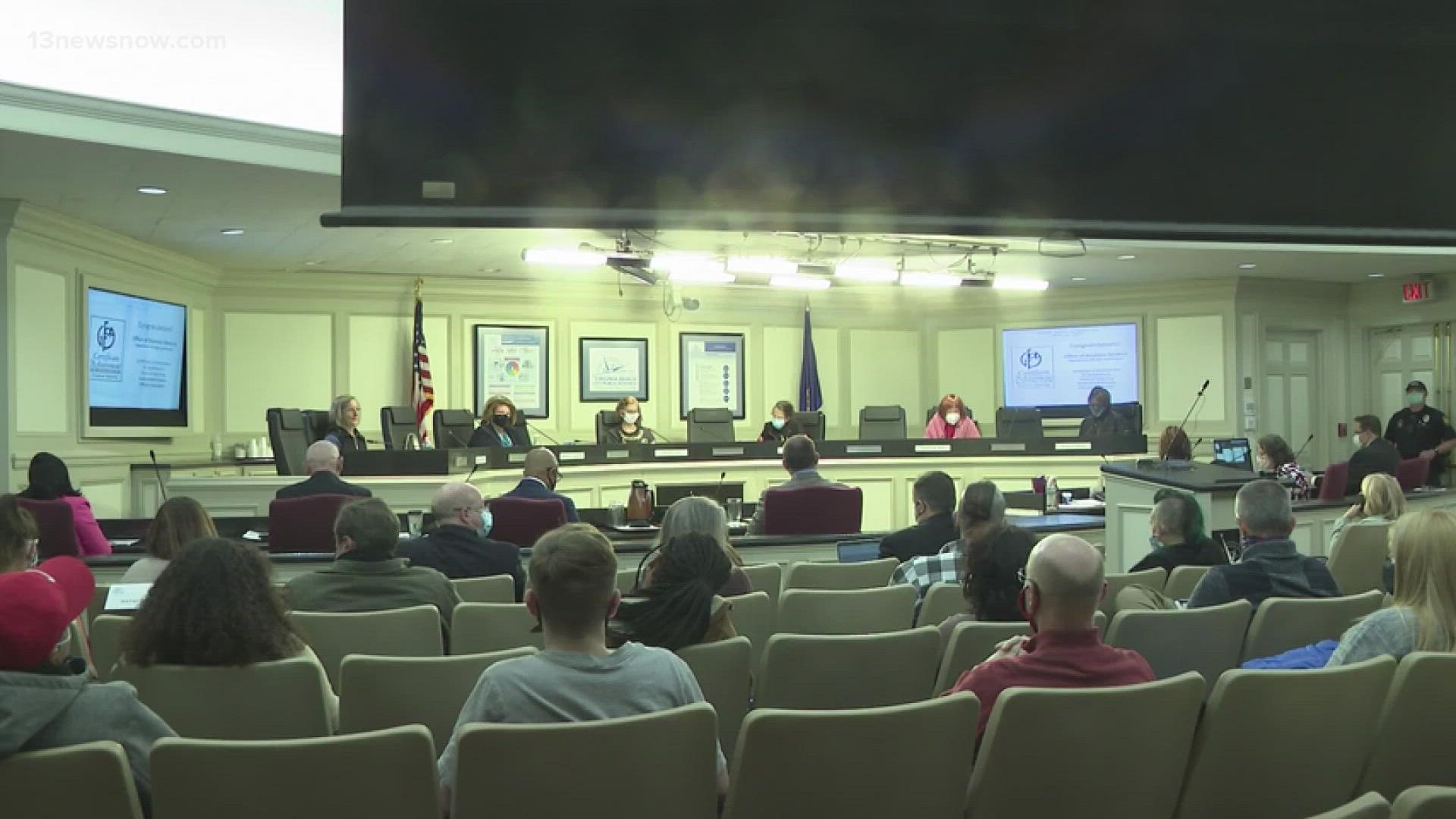