Students are taking ownership of the new 'Learning Commons' and keeping it clean but not necessarily quiet. 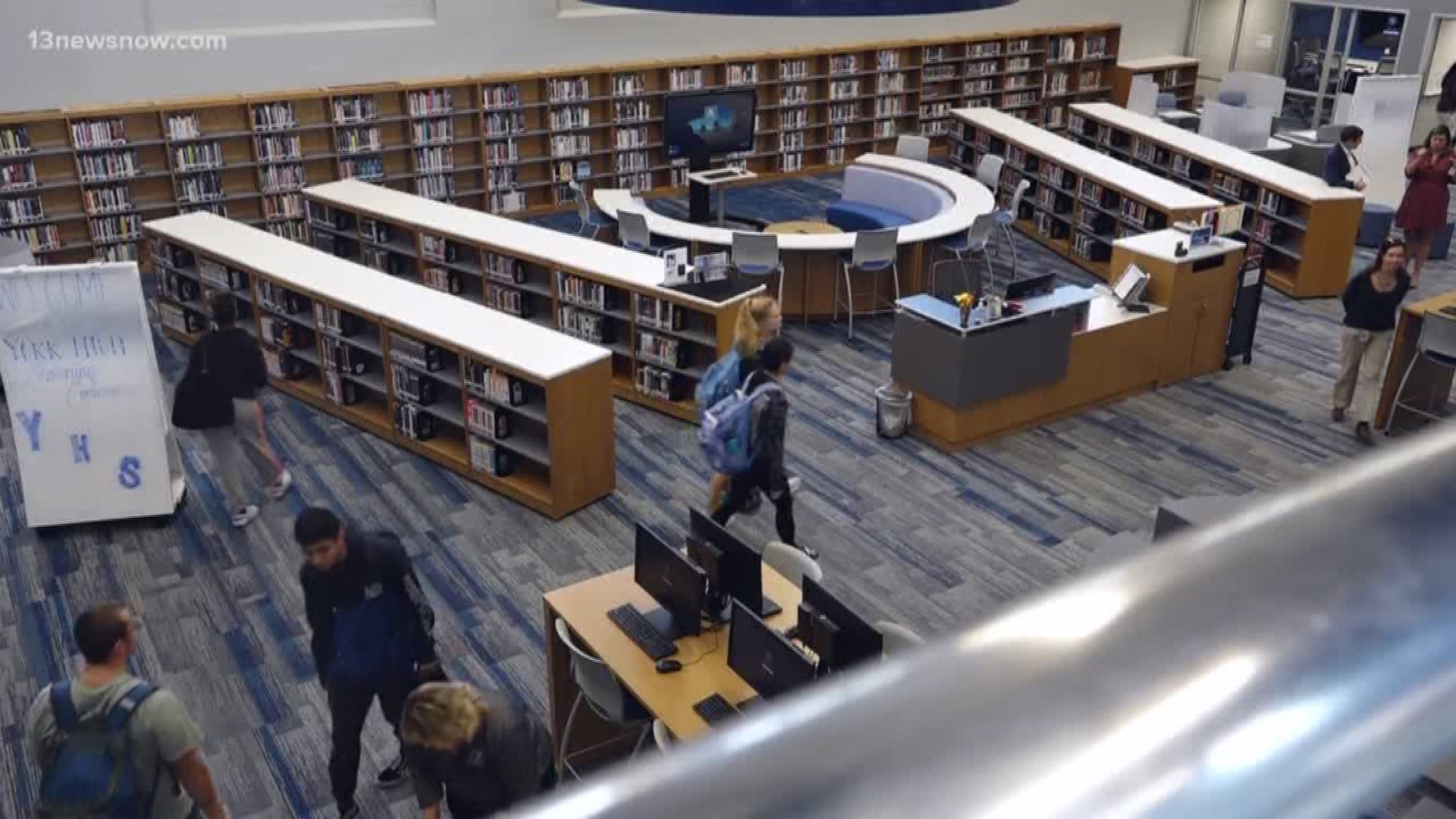 YORKTOWN, Va. — It’s out with the old and in with the new at York High School.

The school district is hopeful a recent renovation of the library will better prepare students for life after graduation.

“The library used to be about hard books and now kids don’t even read books that way," York High School Principal Shannon Butler said. “The world has shifted in the use of technology, and college libraries you’ll see it has shifted. Most college libraries look like this."

The space used to be the gym, then it was your traditional high school library. And now, $1.5 million later, it’s known as the "Learning Commons."

“We took over a year kind of designing it, coming up with what students would use," Butler said. "What we wanted to do is get kids who never went in the library to always want to come in this space."

Students and teachers gave their input and the school unveiled the final product in November. Butler thinks it will transform the way students like senior Alyssa Reilly study and collaborate.

“We come here during lunch a lot, because doing everything at home is kinda a lot -- like, most of us do sports -- we come home and we don’t have that much time but coming here during lunch and having the space to do anything," Alyssa said.

With the renovations came new toys and new ways to learn, including robotics, a 3D printer, and even virtual reality goggles.

“The most powerful thing you can do with kids is show them to the positive way to use technology because when you do it with things like this, they’re less apt to do it with negative things," Butler said.

Butler said the students are taking ownership of the space and keeping it clean but not necessarily quiet.

The goal is to expand the learning commons space into all York County high schools, starting with Bruton High School next summer.