Some protesters who took to the streets in support of Andrew Brown Jr. were arrested for breaking curfew, now they're speaking out. 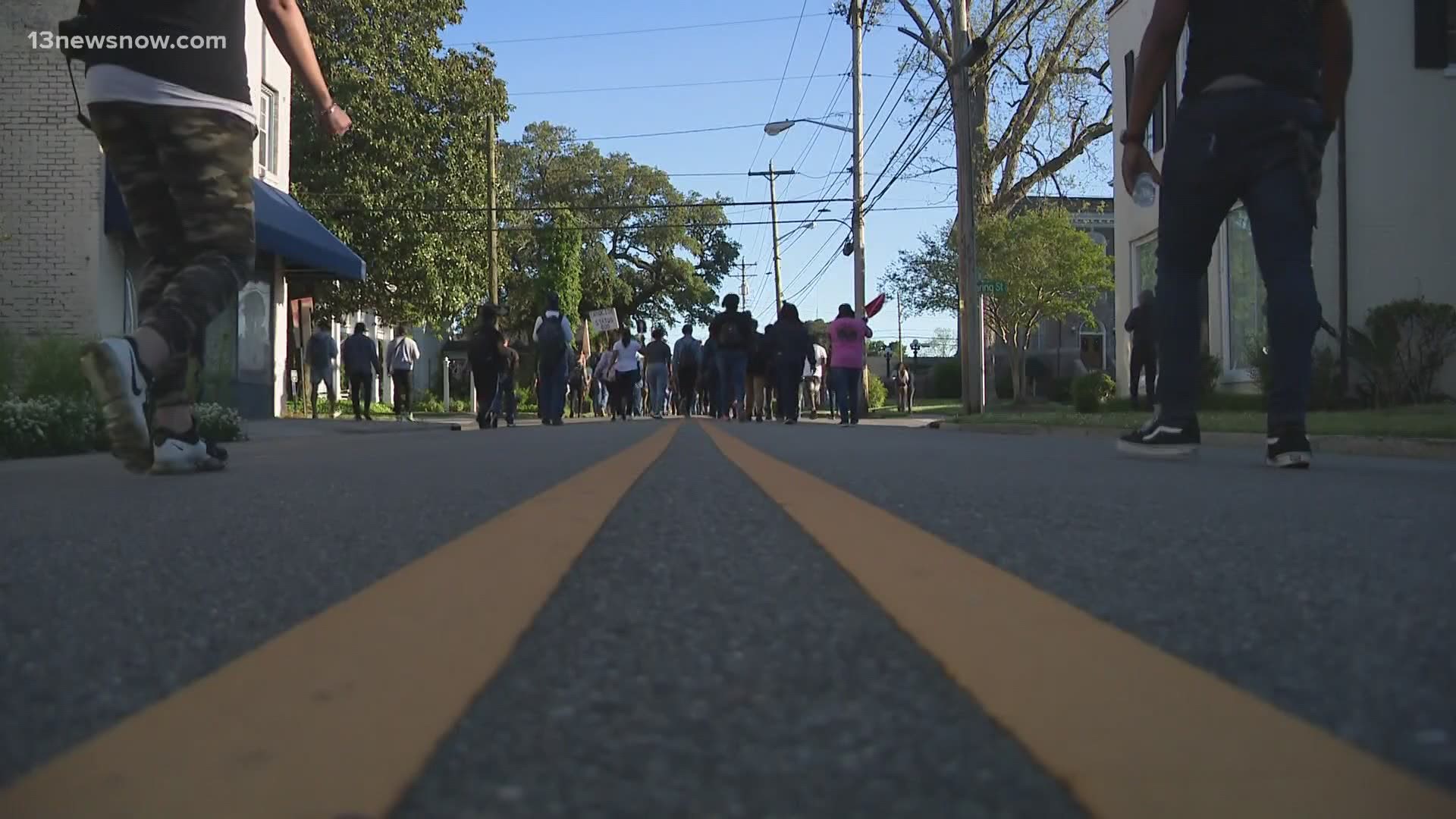 ELIZABETH CITY, N.C. — On Saturday, some protesters who violated an Elizabeth City curfew and were arrested are spoke out.

They say their first amendment rights were violated.

The ACLU of North Carolina is also demanding that city officials  get rid of the curfew and the policy to requiring protesters sign a permit before gathering.

Protesters have gathered and marched the streets of Elizabeth city for 11 days.

Addonnis Jones was among the protesters who got arrested.

“I’ve been out here since Monday. I been out since the day I got arrested and I will keep being out here as long a possible," said Jones.

Jones said he was arrested and faces a misdemeanor charge for disorderly conduct on Tuesday. Now, he’s speaking in hopes of getting rid of the curfew ordinance and seeking police reform.

“When we’re peacefully protesting, and I’m looking at 30 plus armed police officers on riot gear with shields, face masks and all that sends a wrong image to us," said Jones.

Jones is not alone. The ACLU of North Carolina emailed Elizabeth city leaders, requesting officials to rescind the curfew and permit requirement. They are calling their actions unconstitutional. In a tweet, the group posted: "The curfew is an overboard restraint on speech and the right to petition."

On Friday, 13News Now asked Elizabeth City Manager Montre Freeman why the city put in effect the curfew and permits.

“This ordinance for permitting to protest has always been here. You can pull the records, it’s been here long before I got here," said Freeman.

Freeman said the policies were put in place out of safety concerns.

“Protests always have the potential to go left and as I was saying earlier, we were getting intel of different sectors of groups joining protests that have a history to be violent, not non-violent," said Freeman.

“We can’t do this no more, there has to be change," said Jones.