The second season is now streaming on Netflix. 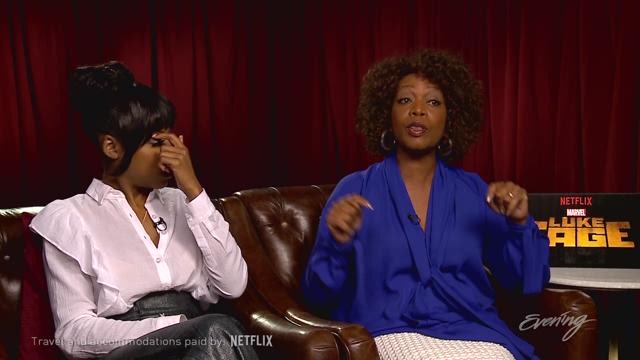 It's been nearly two years since we last heard from Marvel’s Luke Cage – but star Alfre Woodard says it's okay if you've forgotten the details.

"I don't think you need anything. I think you can start from scratch,” she said. "They do a very good job, Cheo (Hodari Coker) and our writer's room, do a very good job of harkening back so you're not lost at all, and it kick-starts the memory for people that have watched before."

Woodard, who's visited Seattle many times to speak at the annual YWCA luncheon, plays a complicated villain on the show.

In season two, now streaming on Netflix, the man with super strength and impenetrable skin isn't hiding anymore. Luke Cage is a hero on the streets of New York - where the show is shot on location.

"Marvel universe exists wherever the viewer is,” Woodard said. "Harlem, where we focus our attention on Luke Cage, is one of the richest, most rhythmic parts of the Marvel Universe, and of the whole universe.”

“And it's a real place, which I like,” added Gabrielle Dennis, who joined the show for season two. “I can tell you, after Black Panther I was pretty pissed I couldn't buy a ticket to go to Wakanda. But you can buy a ticket to Harlem and come check out some of the sites!"

The show’s second season introduces new villains and new storylines, and it doesn't take long for the action to kick into high gear.

"The stakes take off like the shuttle. They don't do that 777 takeoff,” Woodard said, laughing. "I like the action when it's put to music, because - I like action, but I wince. But when they put it to music, I start to punch.”