The singer and Virginia native is having a yard sale at his California home & promoted it by sharing his address with more than 88 million followers on social media. 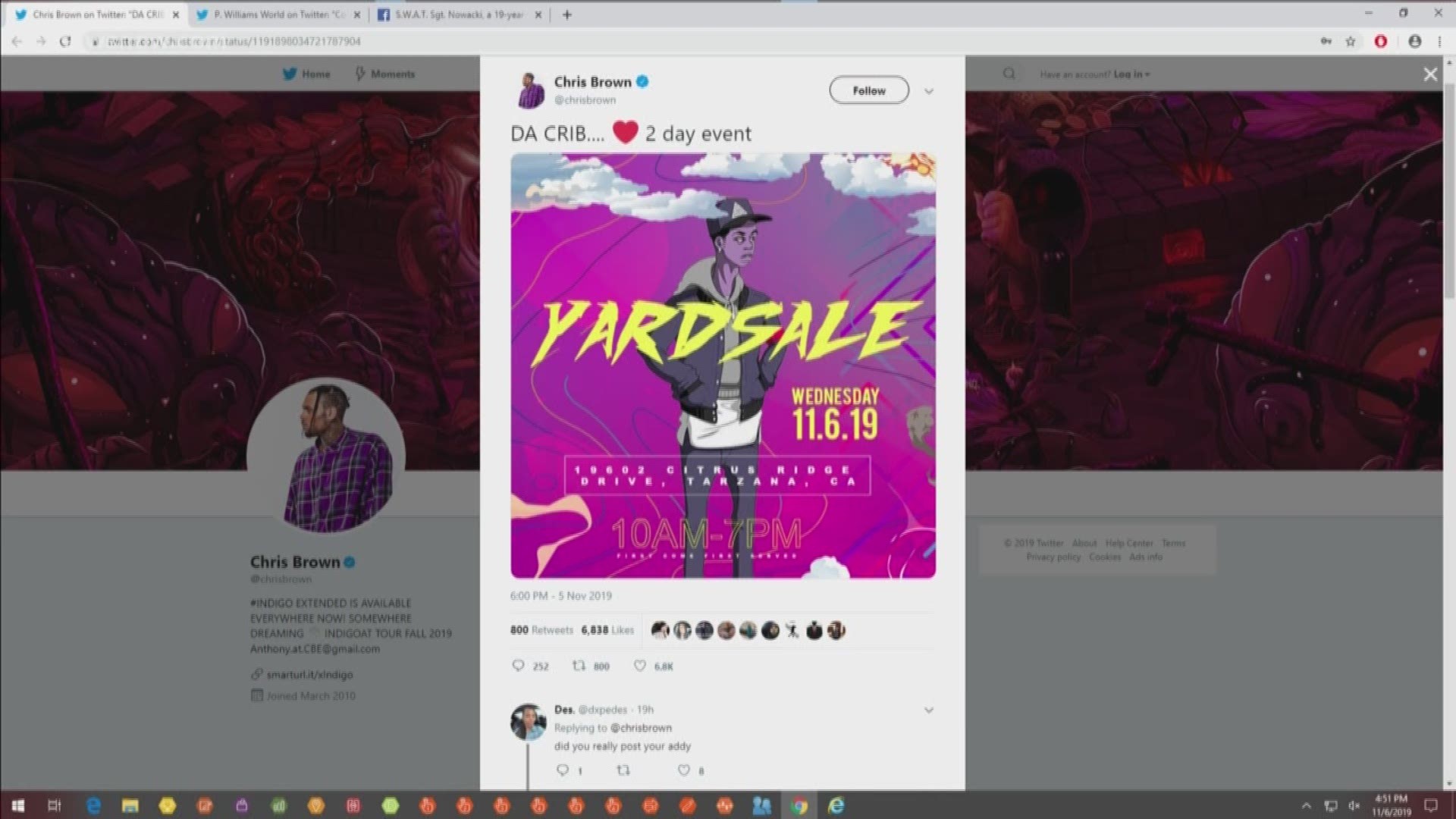 LOS ANGELES — Chris Brown held a high-end yard sale Wednesday at his Los Angeles home, with hundreds of fans, gawkers and bargain-seekers waiting for hours to try to get a piece of the singer's stuff.

Brown posted a flyer on his Instagram and Twitter accounts Tuesday night that included the address of his suburban mansion in the Tarzana neighborhood of the San Fernando Valley.

But in the past decade, he's also been known for a stream of highly publicized run-ins with law enforcement, starting with a felony assault of then-girlfriend Rihanna in 2009 to which he pleaded guilty.

People began gathering late Tuesday for the sale at his house. A long line that stretched down the sidewalk began slowly moving late Wednesday morning toward a driveway filled with large canvas canopies shading rows of clothes.

Some people told TV stations they had driven from as far away as Arizona and didn't care what they walked away with as long as it belonged to Brown.

The crowd appeared orderly, remaining mostly on a sidewalk. Police said they had received no complaints.

Symone Maddox of San Bernardino, California, said she took the day off work to check out the yard sale, hoping to get some hats and hoodies. "I already told my boss, she told me to bring something back," Maddox said.

The 23-year-old, a hip-hop artist who goes by the name Young Maddox, said she's been a Brown fan since the beginning of his career and was hoping that she could pass some of her music on to him and get him to sign some merchandise. She said despite owning much of the singer's apparel already, it'd be nice to get something directly from singer.

"I think this is a dope opportunity to be personal with his fans," she said.

A news release said the singer plans to donate some of the proceeds from the sale to unspecified charities. It was not clear whether he would make an appearance.

Brown was arrested early this year in France along with two other people on suspicion of aggravated rape and drug infractions — allegations that Brown and his lawyer have denounced as false and defamatory.

Brown was released and allowed to leave the country without charges being filed as Paris prosecutors continued their investigation.

In 2016, an hours-long standoff with police at the Tarzana home ended in Brown's arrest on suspicion of assault. His attorney denied any wrongdoing and no charges were filed.